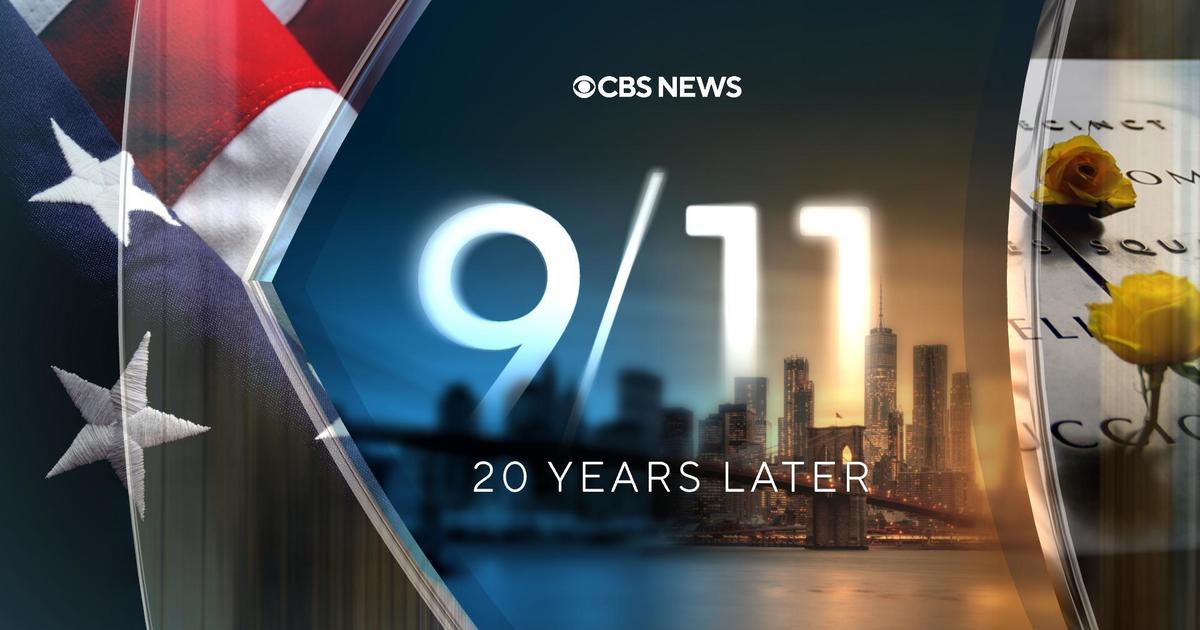 The Special Report will feature conversations with survivors, heroes and family members of those who died and provide coverage of memorials taking place across the U.S. Correspondents will report from lower Manhattan, the Pentagon, the site of the crash of Flight 93 near Shanksville, Pennsylvania, and Guantanamo Bay, Cuba, where the suspected masterminds behind the attacks await trial.

President Biden and first lady Jill Biden plan to visit all three sites where the hijacked planes crashed on 9/11.

The Special Report will also provide the latest reporting on Afghanistan in the wake of last week’s completion of the U.S. troop withdrawal from the country.

CBSN will stream the Special Report and provide continuing coverage afterward. At 8:25 a.m. ET, CBSN New York will stream its coverage of the anniversary, including the reading of the names of the victims in its entirety.

CBS New York station WCBS-TV‘s special report will include coverage of the reading of the names and interviews with survivors, victims’ family members and New York officials.

CBS News Radio will have coverage from 7 a.m. to 1 p.m. ET from New York with short-form special reports, live reports and interviews from CBS News correspondents retelling the events of 20 years ago.

On “CBS This Morning: Saturday,” co-host Jeff Glor will speak with two brothers about fulfilling a pledge they made with their brother before he was killed on 9/11. Also, CBS News senior investigative correspondent Catherine Herridge will speak with General Raymond Thomas, who was on the call with the White House Situation Room when Navy SEALs killed Osama bin Laden. CBS News senior culture correspondent Anthony Mason will speak with acclaimed musician Elvis Perkins, who lost his mother in the attacks, about how she inspired his breakthrough album “Ash Wednesday.” Perkins will perform songs from that album for the show’s Saturday Sessions in tribute.

On Sunday, the season premiere of “60 Minutes” will be dedicated to the heroism of 9/11.

Two new CBS documentaries feature first-person accounts about the day: In the documentary special “Race Against Time: The CIA and 9/11” airing Friday at 8 p.m. ET on CBS, former CIA directors, insiders and national security experts retrace the agency’s steps around 9/11 and detail the mission to hunt down bin Laden. The special will be available to stream on the CBS News app and Paramount+ on Saturday.

Also on Paramount+ is the documentary “26th Street Garage: The FBI’s Untold Story of 9/11,” which tells the story about how the FBI was forced to evacuate its New York headquarters in the immediate aftermath of the attacks and transformed its parking garage into a new command center.