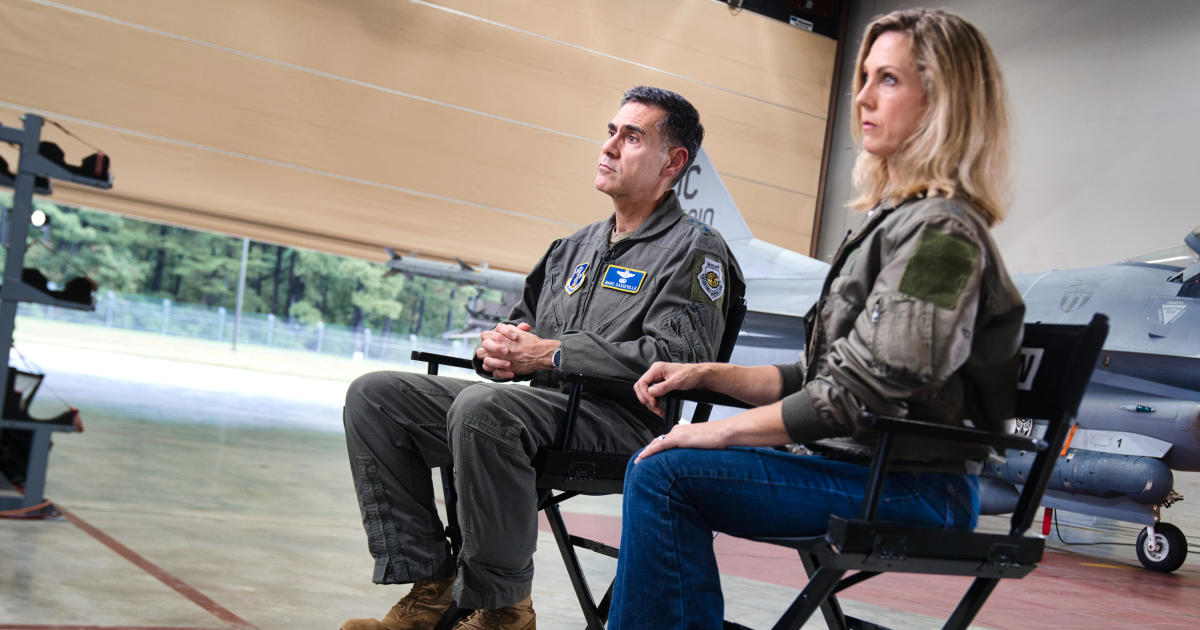 After two fighter pilots watched two planes hit the World Trade Center 20 years ago, they scrambled into their F-16s knowing that it might be their last mission.

The Air National Guard pilots, Lieutenant General Marc Sasseville and Heather Penney, had no time to spare. The country was under attack. They knew of at least one plane still in the sky that was flying low. It was United Flight 93.

“We knew immediately, as soon as we saw the images, that we needed to protect and defend,” Penney said. “We understood what the threat was. We were looking for a rogue airliner, flying low, that was not communicating with air traffic control.”

Pre-flight checks usually take 20 minutes, Sasseville said. This time, he got into the cockpit and took off. The duo didn’t have time to arm their jets with missiles to take down the plane if necessary.

“We don’t train to ‘take down’ airliners. We never have,” Sasseville said. “We didn’t have any missiles and we didn’t have combat loads of bullets. We were going to have to hit the airplane and disable it somehow.”

Penney said neither of them had second thoughts about flying their F-16s into the plane. “As the military, we don’t send our service members on suicide missions. But it was clear what needed to be done that morning,” she said.

That order did not come through the chain of command — the pilots had taken it upon themselves. “We didn’t have any other choice. And we weren’t going to be caught on the ground watching America get hit again,” Sasseville said.

What they didn’t know was that the passengers and crew of Flight 93 fought back and drove the plane into a field in Shanksville, Pennsylvania.

Sasseville said he thinks about that day every day. “Those on Flight 93 that paid the ultimate price, those are the real heroes,” he said.

“Sass and I owe our lives to them,” Penney added. “But that’s also why, when I think of 9/11, instead of being overcome by the trauma and the horror and the tragedy, I’m actually overcome by hope. That the best of who we are was demonstrated on that day. So, in some ways, living my life as normally as possible is the biggest way that we can say that the terrorists did not win.”