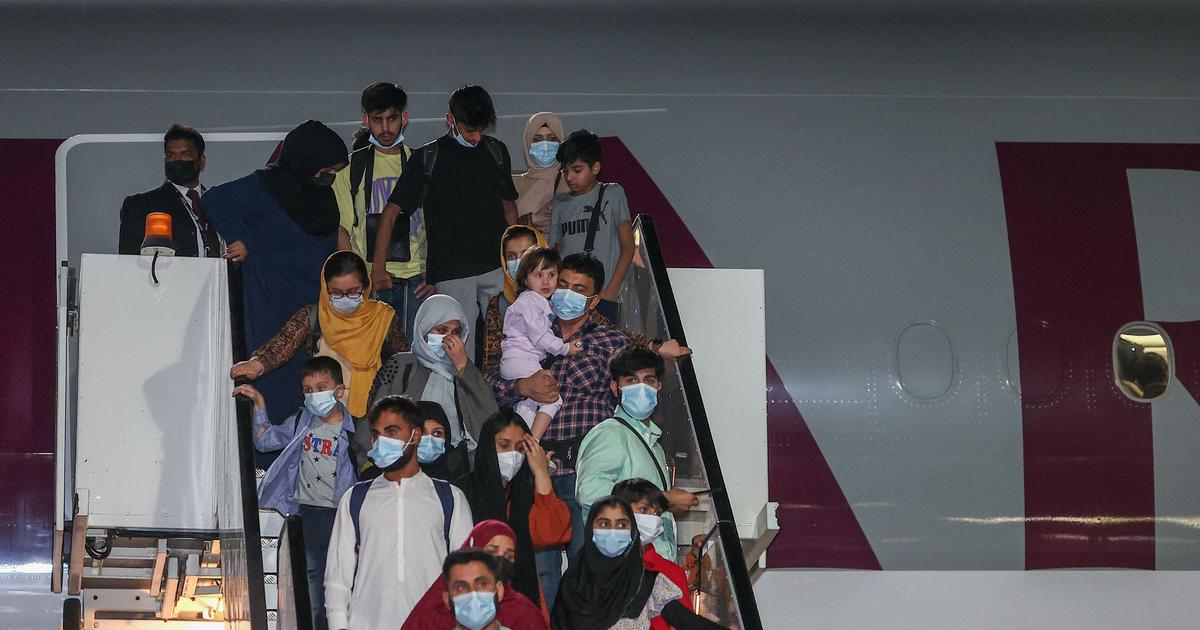 As tens of thousands of evacuated Afghans prepare to rebuild their lives in America, the Department of Homeland Security warned law enforcement of a potential uptick in “grievances” by domestic violent extremists that “could lead some to commit violence,” according to an intelligence bulletin obtained by CBS News.

The assessment issued Tuesday by DHS’ Office of Intelligence and Analysis cautioned that white supremacist groups and racially motivated extremists might target “individuals or groups they perceive have been relocated, or have assisted with relocation, as well as possibly other refugee communities that are unrelated.”

The bulletin noted that since mid-August, “suspected racially or ethnically motivated violent extremist-white supremacists have issued vague threats” against the federal government, critical infrastructure and “an organization involved in resettlement.” They called for an arson attack on a Florida-based nonprofit organization that has been helping with Afghan resettlement, according to the bulletin.

“We don’t have a specific, credible threat, but we do see such chatter,” Homeland Security Secretary Alejandro Mayorkas said in a briefing with reporters Wednesday. “It is tragically unsurprising.”

Mike Sena, executive director of the Northern California Regional Intelligence Center, oversees “Little Kabul” in the city of Fremont, which is one of the largest Afghan-American diasporas in the U.S. “Our biggest concern, any time we have a vulnerable or refugee population coming in, is about people taking advantage or targeting them,” Sena said. “Our goal is to make sure that if anyone threatens groups in our community, that [victims] know law enforcement is there for them.”

According to 2019 U.S. census data, over 66,000 people of Afghan ancestry reside in California.

Domestic violent extremists, including white supremacist groups are “reacting positively to the Taliban takeover in Afghanistan,” according to the intelligence bulletin. “Some issued vague accelerationist threats online discussing the Taliban’s takeover as an example of successfully resisting the U.S. Government and are posting content blaming the Jewish community for the relocation of Afghan nationals.”

Last month, Rinaldo Nazzarro, the founder of “the Base,” an anti-Semitic, neo-Nazi domestic terror group, called on U.S. extremists to “think bigger” and “organize on a regional level” in a video drawing inspiration from the Taliban that was posted to Bitchute, a video site friendly to far-right groups.

White supremacist and anti-government groups espousing the “great replacement” theory sprung up online in August in response to the relocation of Afghans to the U.S., according to U.S. law enforcement officials. Extremist groups continue to push false claims that resettlement of Afghan evacuees will contribute to a loss of control and authority by White people.

There has not yet been a “significant online response” to these calls for violence, according to intelligence officials, but the agency is concerned about existing domestic extremist threats to Muslims and immigrants.

The bulletin noted that in at least three racially or ethnically motivated attacks by white supremacists since 2018, extremists were motivated by anti-immigrant sentiment, including the mass shooting at a Walmart store in El Paso in August 2019 that took the lives of 23 people.

“Inspired attacks are what I’m most worried about in the near term,” Retired Lieutenant General Michael Nagata, a former strategy director for the National Counterterrorism Center, told CBS News. “What has now unfolded in Afghanistan – regardless of its sources, regardless of its reasons, regardless of its outcomes – will attract attention. Violent extremists around the country and world have to be looking at what has happened here as an inspiration. And inspired people are more likely to be seduced into inspired violence.”

Earlier this month, DHS identified a “heightened threat environment” ahead of the 20th anniversary of the September 11 terrorist attacks, assessing the anniversary “could serve as a catalyst for acts of targeted violence.”

Farah Pandith, former U.S. envoy to Muslim communities on the fight against terrorism and author of How We Win, says these communities don’t need another 9/11-type attack “to feel the impact of terrorism.”

“Americans, unfortunately, have had to deal with the rise in hate and extremism of all kinds. Ideologies of all kinds are happening simultaneously – white supremacy exists alongside this ‘us vs. them’ ideology that the Taliban, Al Qaeda and the Taliban use. Whether you’re a neo-nazi group or the Taliban — these groups have been studying how to recruit, fundraise, and develop global links. They’re better coordinated and savvier than they were 20 years ago. This is a growth industry. Hate has become a growth industry.”

Refugee advocates worry that anti-immigrant sentiments that took hold after 9/11could resurface now, triggering further violence and misinformation in a year already scarred by a spike in hate crimes.

Muslim Americans still remember being surveiled, searched and singled out after the Twin Towers collapsed, and even today, those interactions spur distrust with law enforcement, for some. For his part, Mayorkas has acknowledged federal law enforcement’s struggle to build partnerships between law enforcement and these communities.

“What we learned from countering violent extremism is that if we carried the ball into the community, quite frankly, the level of skepticism is so high that we have to ask, are we actually just gathering intelligence?” the DHS chief noted, Wednesday. “Are we investigating rather than assisting the community in addressing a threat in its midst?”

Azam arrived in the U.S. as an infant during the Soviet occupation of Afghanistan and watched the Twin Towers fall from campus as a college student at New York University. He is now part of a broad coalition of Afghan American, veteran and immigration advocacy organizations working to resettle vulnerable Afghans.

“I’m heartened by the possibility that law enforcement and government learned lessons for the past twenty years, in terms of dealing with American Muslims and immigrants,” Azam continued. “But I think if you were to ask the community, broadly, there’s still a high degree of caution and distrust because we’ve never been on the protected side of this equation.”