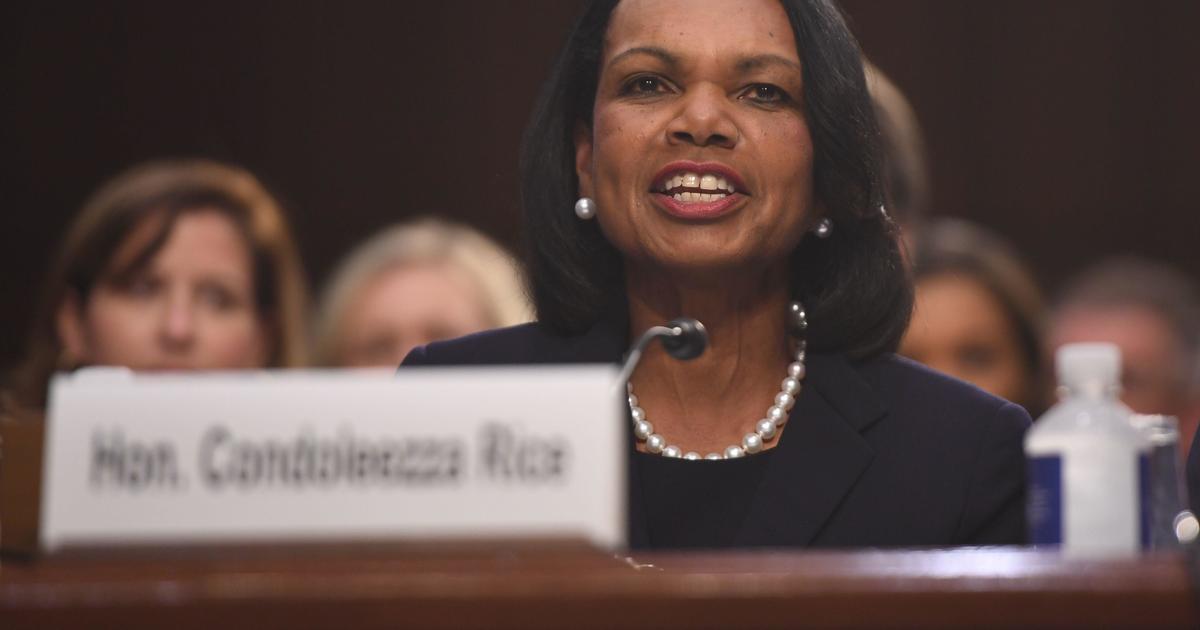 The U.S. is safer today than it was 20 years ago, but it’s not out of the woods, Condoleezza Rice said on the eve of the anniversary of the 9/11 terror attacks.

“We are safer than we were on September 11, 2001, but we’re not yet safe,” Rice told “CBS Evening News” anchor and managing editor Norah O’Donnell on Friday.

“We gave ourselves 20 years of peace when there was not another attack of anything like that scale where we developed intelligence assets on the ground,” she continued. “But of course, it sad that on this day, the Taliban is back in Afghanistan and in control. I don’t think it had to be that way, but it’s bittersweet.”

Rice, the former national security adviser to President George W. Bush, cast doubt on the notion that the Taliban has changed in the last two decades and expressed concern that the group could allow al-Qaeda to rebuild itself in Afghanistan.

“I don’t believe that this is a new Taliban. They’ve never broken their bonds with al-Qaeda. We know that they’re still deeply integrated. And so I think we have a real security challenge ahead of us to both keep an eye on and to degrade those capabilities without forces on the ground.”

If al-Qaeda reestablishes itself, she said, “then we’ve got a different kind of terrorist threat than we have currently.”

Rice was inside the White House on the day of the attacks. Reflecting on the tragedy, she said she wished the CIA and FBI had been “organized differently” so that it could better coordinate against threats.

“Anybody who was in a position of authority on that day does feel remorse for what happened, that we could have seen it coming,” she said. “I still believe that we did everything that we knew to do on that day. But by definition, we didn’t know enough.”