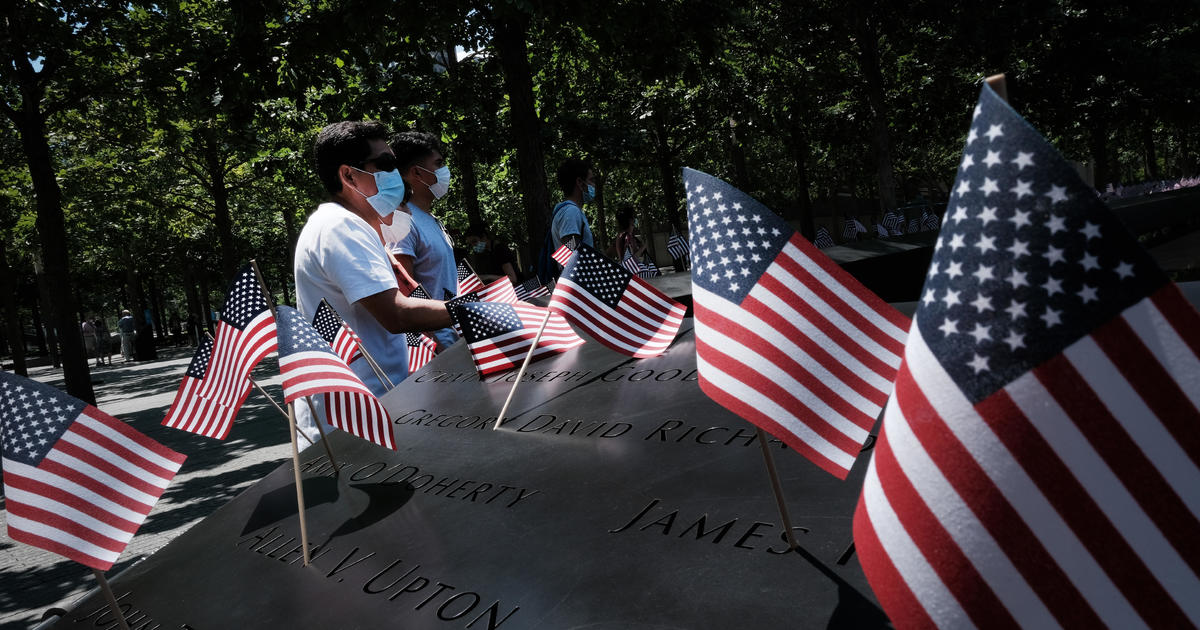 Although the U.S. economy was officially in recession when the planes struck on 9/11, it bounced back quickly after the attacks. Growth slumped over the final months of 2001, but by January 2002 consumers and businesses had regained their nerve. Politicians and the press pointed to the rebound as evidence of America’s resilience — a testament to the country’s vaunted power of capitalist self-renewal.

Two decades later another threat, this one in the form of a virus crowned with spikes, would put tens of millions of Americans out of work virtually overnight, snuffing out the longest economic expansion in U.S. history.

The economy has since regained its footing, yet any claim that we are now made whole rings false. Like the grueling slog that followed the 2008 financial crisis, this latest recovery only papers over existing fault lines: inequality, political dysfunction, systemic racism and, perhaps most worrying, a withering public belief (at least in some quarters) in the merits of democracy.

In this light, events such as 9/11, the housing bust and the COVID-19 pandemic should be viewed less as the root causes of economic woe than as symptoms of deeper structural instability. This fragility has left millions of Americans — perhaps most Americans — vulnerable to the ordinary tremors of the business cycle, let alone the seismic episodes that increasingly rattle our way of life. This is what decay looks like.

The new declinism — same as the old?

Of course, fear that the U.S. is on the retreat — “declinism,” as such views are sometimes pigeonholed — is nothing new. Concerns over what some perceive as the nation’s fading competitiveness, leadership voids and diminished standing in the world have long been a staple among economists, historians and many others. Often, these anxieties flare as other countries rise to challenge American hegemony (Japan in the 1980s, China today) and as the U.S. licks its wounds following foreign policy failures (Vietnam, Afghanistan).

What’s different now? Perhaps nothing. Great powers tend to go off course slowly and over many decades, like the British empire or the Soviet Union, as external shocks and internal strife gradually erode people’s standards of living. History also suggests that those in charge are often the least willing and able to correct course if only because they are the most invested in steering dead ahead.

“There’s very little feeling of existential threat to political decision makers that would otherwise bring them to take personal risks on policy,” Ian Bremmer, president of political risk consulting firm Eurasia Group, told CBS MoneyWatch. That will make it harder for the U.S. to address problems like inequality, he said.

By contrast, many Americans appear to feel nothing if not existentially threatened by the soul-crushing economic insecurity that is a defining feature of life in much of this country today. A short, but by no means exhaustive, list of what accounts for that precarity: stagnant and volatile income, soaring education costs, spotty health care, feeble job protections, low union membership, inadequate supplies of affordable housing, and paltry retirement savings.

As Yale University political scientist Jacob Hacker wrote more than a decade ago in his book “The Great Risk Shift”: “Increasingly, all of us — even those of us with good jobs and good pay, with children and spouses, with homes and college degrees — are riding the new economic roller coaster. And yet most of us seem to feel that we are riding it alone.”

One sign of the rot: the U.S. tax system, including massive cuts for the rich and corporations delivered by the Trump administration in 2018. Since 1980, the tax rate for people in the highest income bracket (in 2021, those earning at least $518,000 per year) has plunged to 37% from 70%. Over the same period, the top corporate rate fell to 21% from 46%, the lowest level since 1939, according to the Urban-Brookings Tax Policy Center.

Not surprisingly, how much the U.S. collects in taxes as a share of GDP has fallen to 16.3% from 18.5%. The Congressional Budget Office estimated the Trump tax cuts will add nearly $2 trillion to the nation’s annual budget deficit over 10 years.

What such numbers really add up to is that the U.S. has less money to spend on real priorities, such as upgrading the country’s decrepit infrastructure and shifting its economy away from fossil fuels. Another effect of this upward drift in wealth — one feeding into the political alienation evident across much of the American electorate — is a widening gap between rich and poor since 9/11.

“Changes in tax policy have turbocharged inequality, starting with the Bush tax cuts enacted in 2001 and 2003 and culminating with the Trump tax reform of 2018,” said Gabriel Zucman, an associate professor of economics at the University of California, Berkeley and a leading expert on inequality. “The upshot is a tax system where, all taxes included, billionaires now have lower effective tax rates than the middle-class — a new engine of inequality.”

It’s worth noting this engine not only expands the gulf between the 1% and 99%, it affects everyone. As of 2019, the top 25% of millennials, Generation X and baby boomers ranked by net worth owned at least three-quarters of their generation’s financial assets, according to a new report by the National Institute on Retirement Security.

Inevitably, of course, the economy is profoundly different today than it was 20 years ago. For one, by the broadest measure, the economy has more than doubled in size: GDP today is approaching $23 trillion, compared with $11 trillion in 2001. Back then, companies like Exxon, General Motors and IBM reigned supreme, while Sears still remained a darling of investors.

Today, the old guard has been eclipsed by Amazon, Apple and assorted health and biotech players, reflecting the ubiquity of digital technology and the country’s aging population and their consumer needs.

Meanwhile, surging corporate profits in the years since 9/11 have pushed the stock market to new heights — arguably a sign of Wall Street’s resilience since the attacks briefly shuttered the New York Stock Exchange.

But beneath such surface advancements lies a troubling reality that tech innovations and runaway stocks can’t fix: Two decades later, the nation is economically, culturally and politically divided in ways that pose fundamental questions about America’s future.

What will the next 20 years bring? Exotic financial instruments like the ones that helped ignite the housing crash tend to immolate themselves, while vaccines have proved good medicine for the coronavirus.

But global warming is a planetary challenge, with all the complexities that entails. It’s hard to shrug off the conviction that climate change is a cataclysm that will make all previous economic crises seem like passing squalls. The costs, already visible through the flames and floods that now mark our weather cycle, are at this stage nearly incalculable.

On the political front, battling climate change will almost certainly require abandoning the commonly held belief that gradual reform is preferable and embracing more urgent and transformative change. Carbon emissions are indifferent to political polls. The status quo is untenable.

Just as we look back on 9/11, and rue the missed opportunities to have stopped the attacks, future generations will study the current moment. Will they see a country that rose from the ashes, or just ashes?