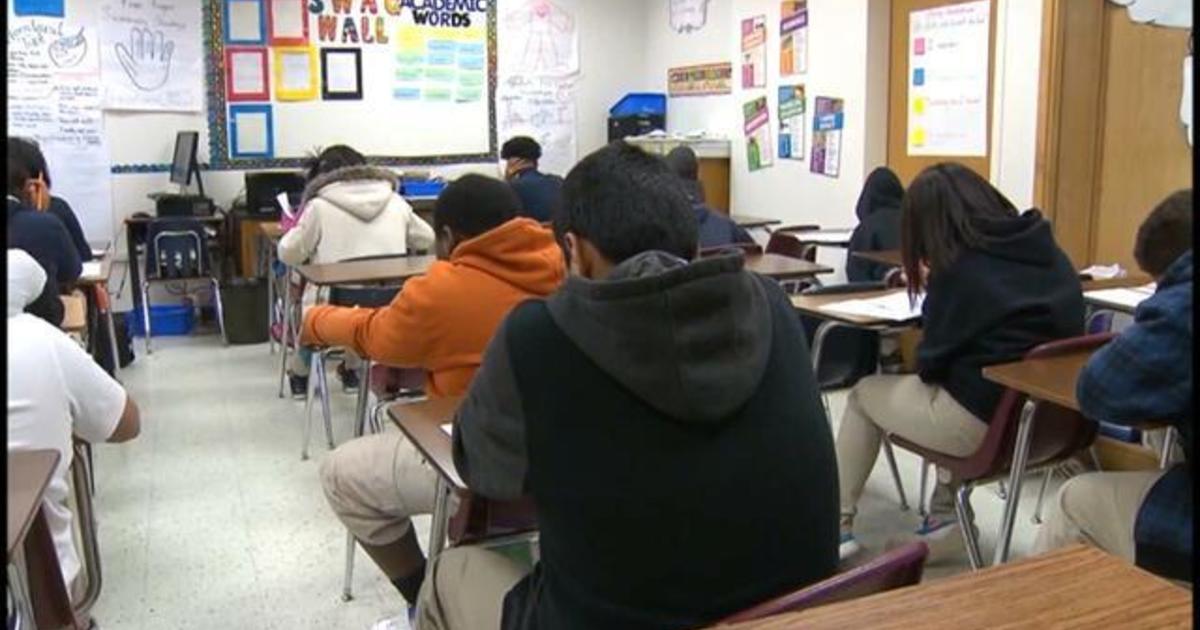 Most children are back to school this week as pediatric COVID-19 cases across the country continue to surge.

More than 252,000 children tested positive for the coronavirus last week in the U.S.—the highest number ever in a seven-day stretch according to a report published Tuesday by the American Academy of Pediatrics.

The American Academy of Pediatrics said last week the percentage of positive COVID cases of children jumped to 26%. In Texas, less than 60% of the state’s eligible population is fully vaccinated. More than 50,000 students have tested positive at Texas’ schools in the last three weeks. The state also recorded an all-time high in pediatric hospitalizations over the weekend.

For Lindsay Harrison, sending her three kids back to school has been a source of anxiety and stress. “I just want peace of mind when it comes to my child and their safety and their education,” Harrison told CBS News’ Mireya Villarreal.

Her oldest child is immunocompromised in a district where masks are not mandatory and in the first eight days of school, 250 notices of positive infections have been sent to families. But Harrison said they’re missing key information about who is sick, including at her third-grader’s school, Kinder Ranch Elementary.

According to the Texas Tribune, at least 45 school districts across the state have suspended in-person learning following spikes in infections.

Dr. Norm Christopher, Chief Medical Officer at the Children’s Hospital Of San Antonio, told CBS News that the frequency at which children are being infected continues to “dramatically increase.”

“The number of children requiring hospitalization is higher, the number of kids requiring intensive care monitoring and treatment is higher now than it was during the first and second surges,”  Christopher said.

Even with cases surging, Texas is not allowing school districts to offer virtual learning for public school students, which has parents like Harrison feeling powerless, especially when the scope of some outbreaks is unclear.

“If we can’t be transparent in that information, then like what sort of normal are we getting back to?” she said.

CBS News reached out to the Comal Independent School District, and it told us that whenever there is a positive case on campus, student or staff, it sends a notice to all parents that same day.

If parents believe their child was a close contact, they can request an excused absence from school.

The district does reveal the grade level of those who get sick — but stressed that by law it cannot include any information that may specifically identify someone.