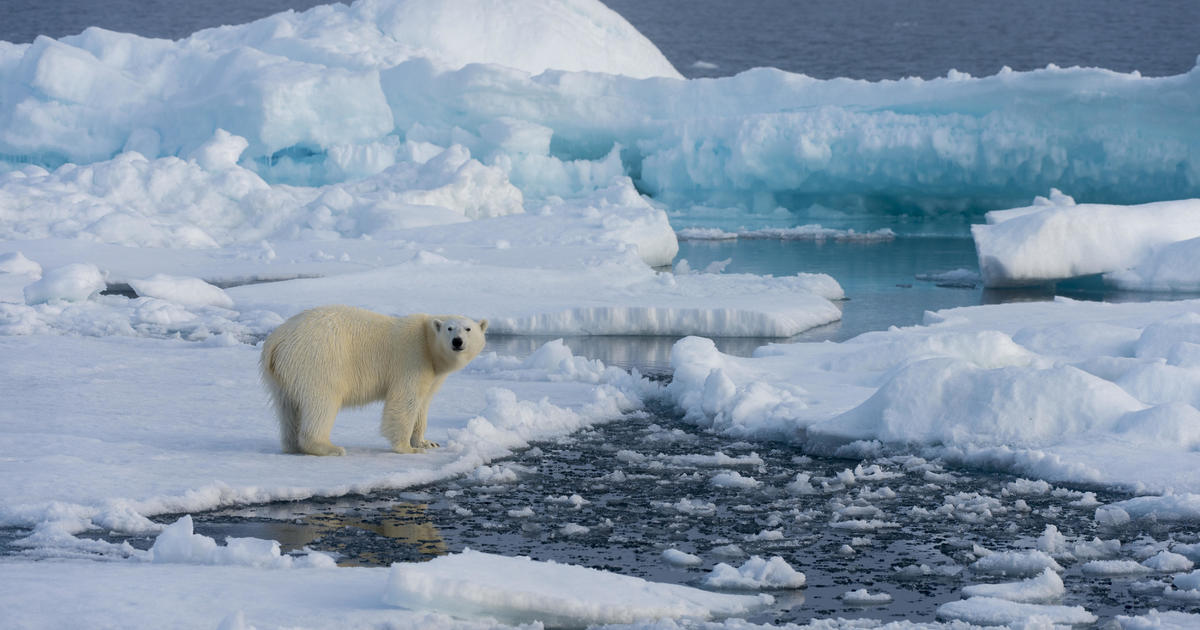 Climate change is rapidly melting sea ice in the Arctic, causing “large-scale changes” in how polar bears are able to function, according to a new study. In Norway, scientists found, the bears are inbreeding as the species fights to survive.

A study published on Wednesday found that on the Norwegian archipelago of Svalbard, polar bear populations have seen a 10% loss in their genetic diversity from 1995 to 2016. The primary driver for the decline among the two generations of bears studied in that time is the rapid loss of ice in the Barents Sea, as it causes “detrimental ecological and demographic effects” on animals, the study says.

The Barents Sea is experiencing the “fastest loss of sea ice” throughout the Arctic, according to the World Wildlife Fund.

Polar bears rely on the ice for finding food, reproduction and movement, and as sea ice continues to melt, the animals become less able to conduct the activities essential to their survival.

Pelagic bears — those that wander on the sea ice and only occasionally move to shore — are having greater difficulty finding access to land at all, scientists say. The bears have been observed as becoming “increasingly separated” from their denning grounds, where they go to stay while they are pregnant.

The bears that live on Svalbard’s coast are facing other issues caused by climate change. With less sea ice available, there are fewer opportunities to hunt for seals, forcing bears to change their diets to eat more birds and bird eggs. In other areas of the Arctic, polar bears have been observed as becoming increasingly cannibalistic as their food sources diminish.

The loss of ice also impacted polar bears’ mating opportunities and their ability for subpopulations to disperse to other areas, the study found, resulting in some of the animals inbreeding to keep their groups alive.

The level of inbreeding is low for now, the study says, but as groups of polar bears become more isolated because of their melting habitat, inbreeding may increase in the future, “most likely with negative effects such as inbreeding depression.”

Simo Njabulo Maduna, the lead author of the study, told CBS News that the findings could be “an early warning” of a grim future for polar bears.

“It is worrisome because the loss of genetic diversity and likely inbreeding depression could result in reduced survival and productivity for this iconic species,” Maduna said.

A 2020 study found that the melting sea ice is starving polar bears, and that within the century, polar bears could be extinct.  As stated in the study, declining genetic diversity increases the risk of extinction.

“The magnitude and rate of loss of genetic diversity and gene flow that we observed is alarming considering that polar bears have historically shown relatively little genetic differentiation even on a global scale,” the study says. “The results of simulations suggested that further loss of sea ice will lead to the continued erosion of local genetic diversity in polar bears of the Svalbard Archipelago.”

The study marks the latest research showing the changing reality for the polar bears is linked to climate change.

“The sum of evidence…makes it very hard to come up with an alternative explanation,” Maduna said. “In fact, we cannot think of any other mechanism than climate-driven sea ice reduction that could reasonably explain the patterns observed.”