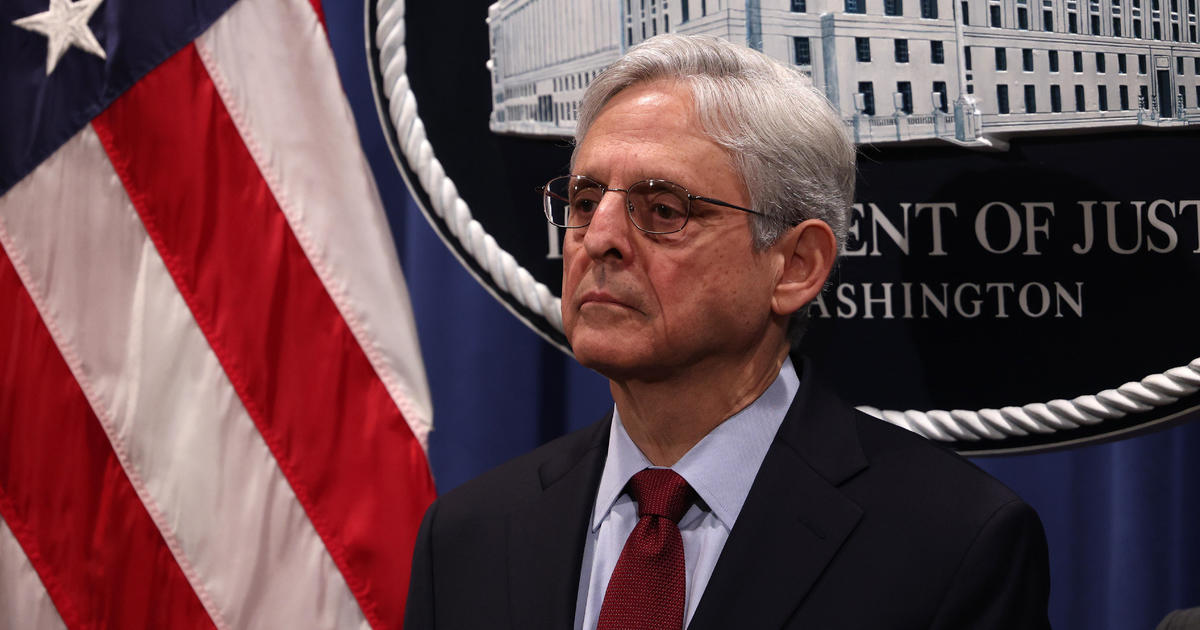 Washington — Attorney General Merrick Garland announced Thursday the Justice Department is suing the state of Texas over its controversial law banning abortion after six weeks of pregnancy, taking action days after he pledged to explore “all options” to challenge the measure and protect access to abortion.

The suit from the Justice Department, filed with the U.S. District Court in Austin, sets up a showdown between the federal government and the Republican-led state as the Supreme Court prepares to hear a blockbuster dispute over a Mississippi abortion ban in the coming months, which could pave the way for further limits on the procedure by states.

The Biden administration argued in its complaint that the state of Texas enacted a statute that is in “open defiance” of the Constitution and said the goal of the measure was to “make it too risky for an abortion clinic to operate in the state, thereby preventing women throughout Texas from exercising their constitutional rights, while simultaneously thwarting judicial review.”

The Justice Department is asking the court to declare the law, known as SB 8, invalid and block its enforcement.

“The act is clearly unconstitutional under longstanding Supreme Court precedent,” Garland said during a press conference announcing the lawsuit.

The attorney general warned that if the law prevails, it may become a model for other states to follow with regards to other constitutional rights or judicial precedents.

“This kind of scheme, to nullify the Constitution of the United States, is one that all Americans, whatever their politics or party, should fear,” Garland said.

The attorney general’s remarks come after President Biden last week directed the White House to launch a “whole of government effort” to respond to a decision by a divided Supreme Court allowing the Texas ban to take effect, with a specific focus on the Departments of Justice and Health and Human Services.

As the Justice Department explored options to challenge the Texas measure, Garland said it would continue protecting women seeking to obtain reproductive health services through enforcement of a federal law prohibiting “the use or threat of force and physical obstruction that injures, intimidates, or interferes with a person seeking to obtain or provide reproductive health services.”

Called the Freedom of Access to Clinic Entrances Act, or FACE Act, the law was enacted in 1994 and also prohibits intentional damage or destruction of abortion clinics. The department has filed more than 15 FACE actions in more than a dozen states, according to the Justice Department.

In its 5-4 decision last week, the Supreme Court declined to block the Texas law, which outlaws nearly all abortions in the state. The measure is the most restrictive in the nation, as it bars the procedure after roughly six weeks into a pregnancy, leaving women with a narrow window — likely two weeks, at most — in which they can legally obtain an abortion after finding out they are pregnant.

While a dozen states have passed similar laws banning abortions at early stages, they have been blocked by federal judges from taking effect, as the Supreme Court’s precedents prohibit states from outlawing the procedure before fetal viability, which generally occurs around 24 weeks.

But the Texas law differs from the others in that it authorizes private citizens, not state officials, to enforce it through civil lawsuits in state courts. This novel enforcement scheme complicated efforts by abortion providers to stop the law from taking effect, as it was unclear who they should sue.

Under the Texas measure, plaintiffs who successfully sue a violator of the law — clinics, providers or even people who help a woman obtain an abortion — are entitled to at least $10,000 from them.

Because the Texas abortion ban was able to effect, other red states are considering similar legislation replicating the enforcement mechanism.

Following the Supreme Court’s decision, House Speaker Nancy Pelosi said the lower chamber would take up legislation later this month that enshrines the right to an abortion into federal law. It’s unlikely, though, that the bill would clear the Senate, where it needs 60 votes to advance.

Democrats on the House Judiciary Committee also sent a letter to Garland on Tuesday asking him to “use the full power of the Department of Justice to defend a woman’s constitutional right to choose an abortion.”