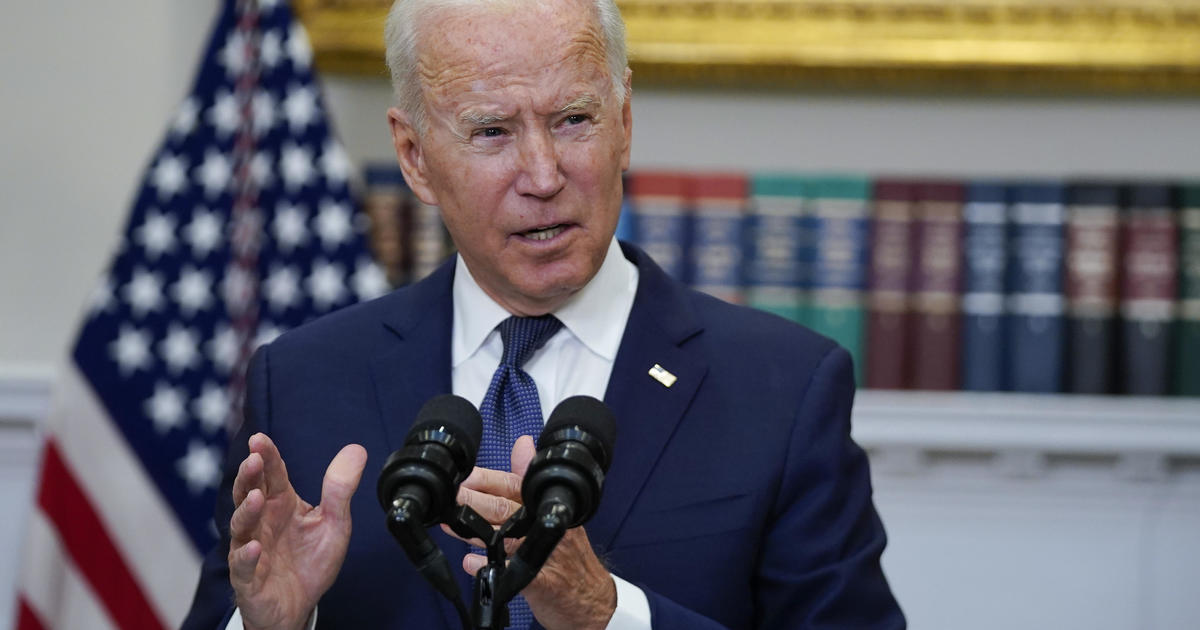 Washington — President Biden plans to sign two executive orders requiring all federal executive branch employees and contractors to get vaccinated against COVID-19, with no option for weekly testing for the unvaccinated, three people familiar with the plan told CBS News.

In July, Mr. Biden said the federal workforce would need to show proof of vaccination or submit to regular testing and socially distance in the workplace.

The new mandate is part of a six-pronged strategy to battle the COVID-19 Delta variant and boost vaccinations as cases, hospitalizations and deaths continue to climb. Mr. Biden plans to lay out the plan in remarks at 5 p.m. ET on Thursday.

A White House official said the six pillars Mr. Biden will discuss are:

With a new push to require vaccines and make testing more available, Mr. Biden will also be announcing measures to ensure kids are adequately protected in classrooms.

CBS News has learned the president will raise the issue of COVID vaccination effort on a global scale with other world leaders when they meet at the United Nations General Assembly later this month. A senior administration official told CBS News that while they are “still planning the president’s schedule around UN General Assembly High Level week, it is safe to assume we are actively looking at COVID-19 and public-health centered options.”

The official, stopped short of calling it a summit, but added that they “anticipate that there will be an opportunity for the president to engage with his counterparts on this issue during UNGA week.” One topic expected to be discussed among Mr. Biden and his counterparts, according to a second administration official will be about advancing and improving international cooperation on research and development on the COVID-19 front.

White House press secretary Jen Psaki said during Wednesday’s press briefing that new mitigation measures announced by Mr. Biden on Thursday will depend on “if you are vaccinated are not.”

“He’s going to outline the next phase in the fight against the virus and what that looks like, including measures to work with the public and private sector, building on the steps we’ve already announced, the steps we’ve taken over the last few months: requiring more vaccinations, boosting important testing measures and more; making it safer for kids to go to school all at a time when the American people are listening,” Psaki said. “Again, this will be six steps that we’ll work to be implementing over the months ahead.”

According to the Centers for Disease Control and Prevention, 75.2% of American adults have at least one COVID-19 vaccine shot. But community transmission across most of the country remains high, as the Delta variant makes up nearly all of the country’s cases.

Nearly 650,000 people have died in the U.S. from COVID-19 since the beginning of the pandemic last year.

While the World Health Organization calls for a moratorium on booster shoots while poorer nations await their first doses, Psaki on Wednesday said it’s a “false choice” to pick between offering booster shots and providing shots to other countries. The U.S., which is donating more COVID-19 vaccine doses than any other nation, will continue to supply the world with vaccine supplies, she said.

Weijia Jiang and Fin Gomez contributed to this report.