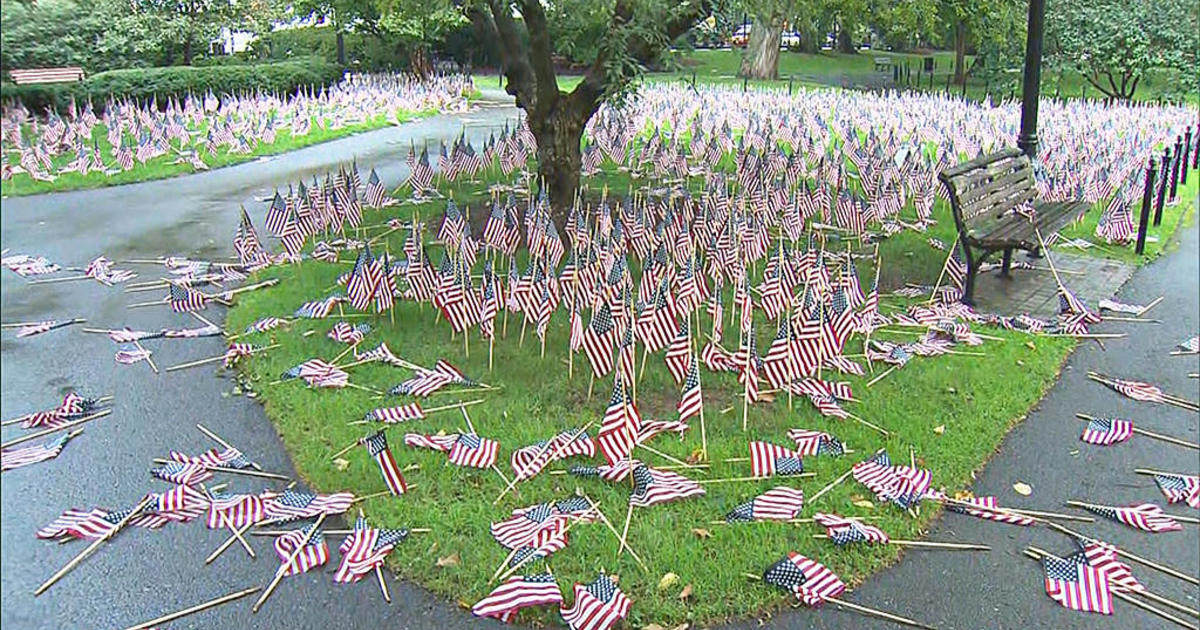 In remembrance of 9/11 victims who died 20 years ago, 2,997 small American flags were planted in Boston’s Public Garden on Wednesday. But just hours after the display was put up, some of the flags were ripped out and damaged.

Some of the flags were bent or snapped in half and images show several of them uprooted and scattered on a sidewalk. Other damage was also done in the public garden, with trash cans knocked over and signs about the flag memorial missing, CBS Boston reports.

The flag display was planted by Project 351, a youth-run organization in Massachusetts in which members “transform communities, elevate kindness, advance social justice, and gain the courage, compassion, and capabilities to lead change.” The group is encouraging acts of service and kindness in honor of 9/11 victims.

Former flight attendant Susan Butterfield was planning to see the memorial display and was sad to find this kind of vandalism in the city.

“It’s devastating that something like this could happen,” Butterfield said. “But, it’s happening all over the country so I’m really, really very disappointed in people to have done this.”

While American flag memorial was disrespected, people in the community didn’t let the vandalism bring them down. Several people were seen placing flags back into place, CBS Boston reporter Nick Giovanni shared on Twitter. One person, he said, folded a flag, following procedures for fallen American flags, and handed it to the founder of Project 351.

The whole display has been restored.