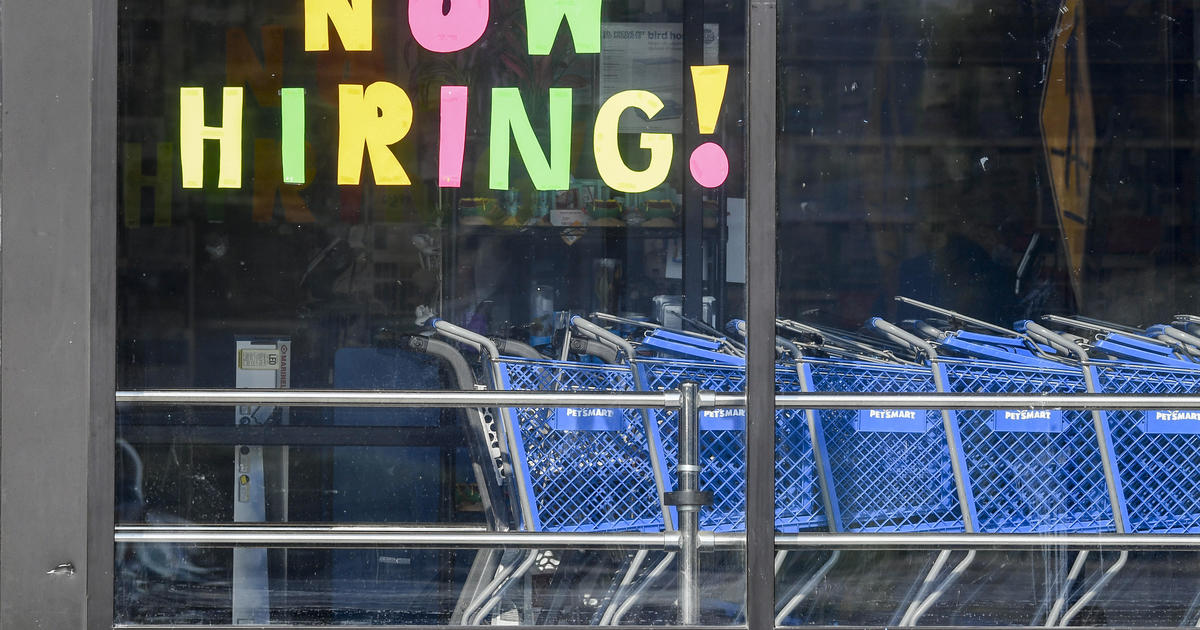 American businesses are hiring — and at historic rates, with almost 11 million job openings in July, according to the latest government data. Yet more than 9 million people were collecting enhanced unemployment benefits as of the Labor Day cutoff of those pandemic benefits, an apparent disconnect that has roiled lawmakers, policy experts and business owners.

It all boils dow to this: If there are more job openings than unemployed workers, why aren’t more people coming off unemployment aid? And why are businesses struggling to find employees to wait tables, take orders and drive buses? The number of job openings in the U.S. surged to a historic high of 10.9 million at the end of July, up from 10.2 million in June, according to Job Openings and Labor Turnover Survey (JOLTS) data released by the Department of Labor on Wednesday.

“For economists, this is a big mystery: If businesses are trying to expand and there is a big pool of unemployed workers, in normal times we would see big jobs growth,” said Luke Pardue, an economist at Gusto, a company that handles payroll and other services for small and midsized businesses. “That matching isn’t happening.”

Many business owners and dozens of Republican governors have blamed enhanced unemployment benefits for keeping workers on the sidelines. In their view, too many unemployed workers opted to collect an extra $300 in weekly jobless aid rather than find work, which prompted 25 GOP-led states to cut jobless aid early in an effort to spur job growth by pushing workers off unemployment support.

Yet that hasn’t happened, with several economic studies finding the states that curtailed pandemic jobless aid early didn’t experience stronger job growth than those that maintained the aid until Labor Day weekend, when the federal benefits expired. That suggests other factors are at work besides unemployment aid, with economists pointing to a complicated mix of shifting priorities for workers and concerns about rising COVID-19 infection rates as the highly contagious Delta variant spreads across the nation.

“The big factor for most job seekers is still the pandemic,” noted Nick Bunker, Indeed Hiring Lab director of research. “Concern about the coronavirus will make people less willing to immediately jump into a job than they have in the past.”

To be sure, the latest data on job openings stems from the end of July, before the Delta variant caused an outsized spike of infections across the nation. The latest surge in cases may impact the job openings picture for August — when job growth slowed sharply amid a spike in infections — although that JOLTS data won’t be released until October, economists noted.

An end to pandemic unemployment

The disconnect between job openings and unemployed workers is only growing more urgent as enhanced jobless benefits ended on September 6, knocking about 9.1 million people from the programs. It’s likely that some of those workers will return to the labor force, with Goldman Sachs analysts estimating that the expiration of the benefits may boost job growth by 1.5 million new positions from September through year-end. But health concerns may outweigh financial considerations, they added.

“Our findings also suggest that many workers that have left the labor force since the start of the pandemic did so for non-financial reasons such as concern about COVID, and may be slow to return to the labor force even after [unemployment] benefits end,” the analysts wrote.

That means employers may continue to struggle to find qualified people to fill those 10.9 million open positions, at least in the near-term. That’s because the economy and public health are increasingly entwined — when workers don’t feel safe returning to work and customers cut back on spending due to COVID fears, it creates a drag on the economy, Pardue said.

“That uncertainty is really what is going to be holding back the economy,” he added. “A lot of businesses are wary of expanding if cases increase or if we’ll see more restrictions or shutdowns in the winter. What we will see over the next few months isn’t driven by unemployment [aid] but by the pandemic.”

Already, there are signs that workers are sitting out of the job market due to COVID worries. About 3.2 million Americans told the Census Bureau they weren’t employed from between August 2 and August 16 because of COVID infection fears, up 30% from the previous Census polling period over the last two weeks of July.

Texas: “Lost everything we owned”

Meanwhile, several unemployed workers in Texas — where Governor Greg Abbott cut off pandemic jobless aid on June 26 — told CBS MoneyWatch that the early end to the support made their lives more financially precarious without helping them secure work.

“When [unemployment benefits] ended early we basically lost everything we owned,” said Kamilla Mills, 59, of Denison, Texas, who sold signs for big corporate events and school events before the pandemic — a business that has dried up during the crisis. She lost her home, and is now living in a motel, she said.

Mills job search has produced customer-service openings that pay about $10 an hour, which she says isn’t enough to cover living expenses like rent, which has increased considerably in her region since the start of the pandemic. And she said it’s difficult to even score an interview, which she puts down to a glut of potential hires flooding the market with their resumes.

Before the pandemic, she added, “I had a comfortable living.” Now, asked to describe her financial status, she answered: “One step away from being homeless.”

Another Texas worker, Ashley Frankum, 34, of Aransas Pass, said her husband has recently found work as a chef after being on unemployment. But she’s still searching for work after getting laid off from her job as a behavioral referral specialist for a company that handled claims for mental health coverage, and the couple is currently fighting eviction from their home.

“With no jobs in the area, you are are either over or under qualified,” she said.

Frankum said she doesn’t understand why Abbott cut the aid early, given that it stemmed from federal funding rather than state coffers. “If we pay federal taxes and the federal government is offering the resources to not struggle, I’m not sure why he would block the way,” she said.

Quitting is on the rise

Another cause for the disconnect between job openings and unemployed workers could be due to a skills mismatch between what employers are searching for and what employees have to offer, Pardue noted. Businesses are increasingly shifting toward technology and automation than they were prior to the pandemic, and may be searching for employees with those skills or a record of adapting to them.

And some workers are continuing to struggle with childcare and schools, especially as COVID outbreaks are prompting quarantines and remote schooling for students across the nation. That makes it difficult for parents of young children to return to the workforce, given the uncertainty about their children’s schedules for months to come.

To be sure, there are some upsides to the current disconnect — at least for workers. The dynamics of the labor market are providing more power to employees, with nearly 4 million people quitting their jobs in July, up from 3.9 million in June, according to the latest JOLTS data. That suggests many Americans are confident enough in their prospects to seek something new and better paying.

“Quits are high by historical standards as workers may be concerned about rising covid cases or are finding better jobs,” noted Elise Gould, an economist at the left-leaning Economic Policy Institute, in a blog post.

—With reporting by the Associated Press.