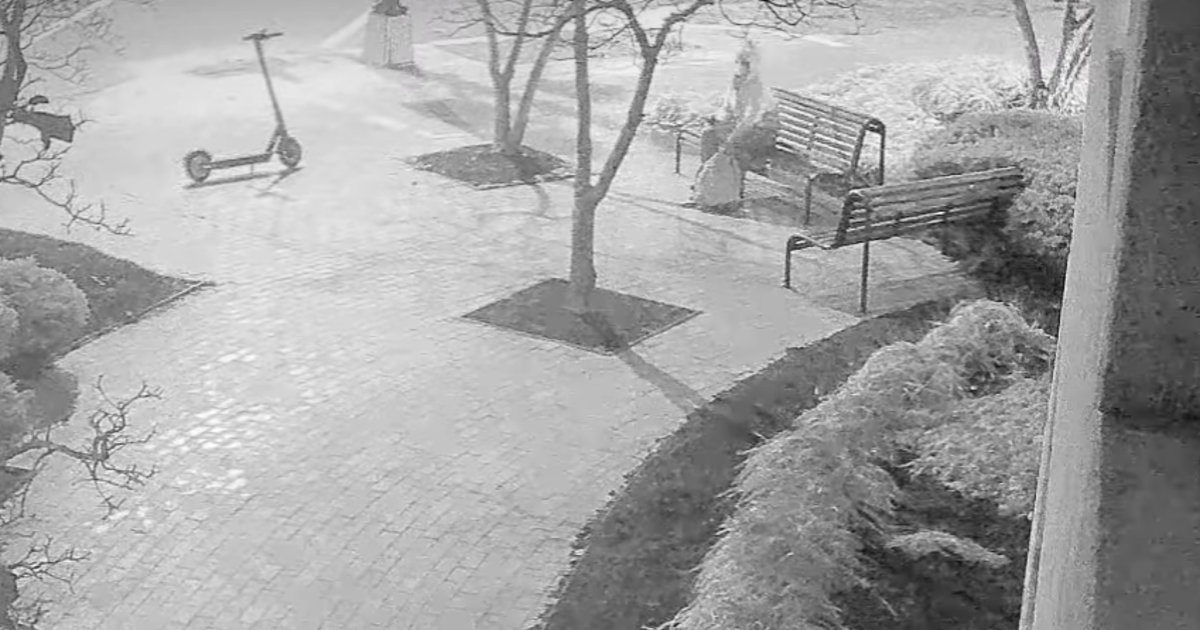 The video, released by the FBI Washington field office Wednesday, shows the suspect seated on a park bench, and he or she appears to be using a cell phone and possibly even texting with someone. The suspect is also for the first time visible entirely with a full front view. The video also contains a map tracing the route the bomber is believed to have taken to the DNC and RNC, with links to videos from the specific sites where the devices were left.

Former FBI agent Tom O’Connor took note in particular of the fact that the suspect seemed to be texting someone.

“As you as you watch the person, when they’re down in the area of the DNC and they sit down on the bench, it appears that the person takes out a phone — potentially is texting someone — which would mean that possibly there’s someone else involved in this,” he told CBS News.

While the person receiving the texts may be “completely unaware of what’s going on,” O’Connor said that it leaves open the possibility of “someone else being involved,” and of “someone else talking.”

“If you’re involved in this, now’s the time to start talking…to law enforcement and bring this case to a close,” he advised.

In studying the route taken by the suspect, “and the manner in which the suspect carries the backpack after placing the pipe bomb at the DNC,” the FBI believes the suspect was operating from Folger Park, which is a short walk from both the DNC and RNC headquarters.

Based upon reviews of the way the suspect behaved in the footage and upon interviews with the Capitol Hill neighborhood residents, the FBI believes “the suspect is not from the area.” Noting the suspect is wearing glasses, the FBI also said that the individual seems to be unfamiliar with the area.

The FBI’s release said that the suspect was wearing “a face mask, glasses, a grey hooded sweatshirt, gloves, and black and light grey Nike Air Max Speed Turf shoes with a yellow logo.”

The two pipe bombs were found at around 1 p.m. on January 6, as the rioters were beginning to breach police barricades around the outer perimeter of the U.S. Capitol, just a few blocks away from both party headquarters. A passerby had spotted a pipe and tangle of wires near the RNC building and alerted authorities.

This is the second set of videos to be released in the months since the riots, but no suspect has been publicly identified by the FBI, which is now issuing a new call for information. It’s asking the public to watch the video, review the map and come forward with any detail “about this person’s glasses, shoes, backpack, or any of the items, mannerisms, and characteristics in the photos and videos the FBI has released,” the release says. “Anyone who may have seen the suspect or anything unusual in Folger Park the evening of January 5 is also asked to call the FBI.”

According to Steven M. D’Antuono, assistant director in charge of the FBI’s Washington Field Office, “Since January, the FBI has conducted more than 800 interviews, collected more than 23,000 video files, and assessed more than 300 tips related to this investigation.”

The FBI is offering a $100,000 reward for information leading to the identification of the person suspected of placing the bombs.

Cassidy McDonald contributed to this report.