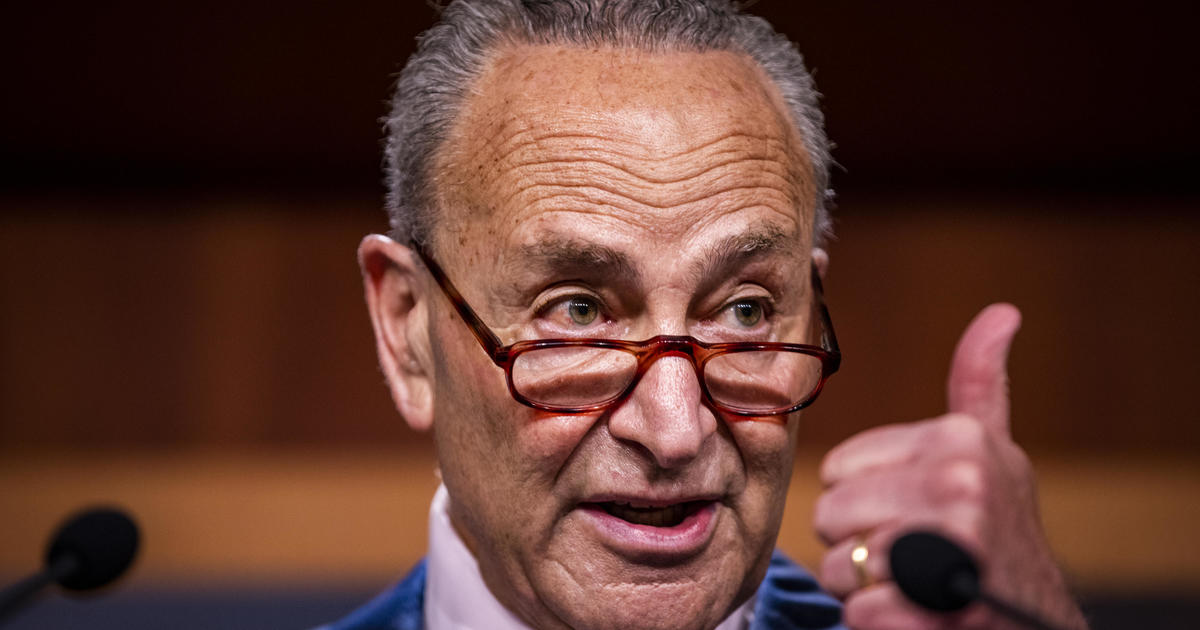 Washington — Senate Majority Leader Chuck Schumer said Wednesday the Senate is moving “full speed ahead” on a sweeping $3.5 trillion spending package, rejecting a suggestion from Democratic Senator Joe Manchin, whose support for the plan is crucial, that Congress take a “strategic pause” on the legislation.

“We’re moving full speed ahead,” Schumer told reporters in a press call when asked whether the Senate would hit pause on the bill. “We want to keep going forward.”

Democratic-led congressional committees are crafting their respective portions of the massive $3.5 trillion bill that will encompass plans for expanding Medicare, child and elder care, universal pre-K and the environment. The legislation is the second prong of Democrats’ two-track strategy for enacting key pillars of the president’s economic agenda, with the $1 trillion bipartisan infrastructure bill approved by the Senate last month.

Both the House and Senate passed last month a budget blueprint that unlocks the process Democrats are using to draft and pass the legislative package with 51 votes, without needing support from Republicans. But with Democrats holding just 50 seats in the Senate and Vice President Kamala Harris casting tie-breaking votes, every Democratic senator needs to support the plan for it to pass.

Manchin, of West Virginia, and Senator Kyrsten Sinema, a moderate Democrat from Arizona, have taken issue with the package’s $3.5 trillion price tag. Manchin said last week a “strategic pause” on the reconciliation bill is warranted amid the COVID-19 pandemic, inflation and growing national debt and reiterated he won’t support spending another $3.5 trillion.

Despite Manchin’s concerns about the size of the bill, Schumer said Democrats will reach an agreement on a package to “get something big done.”

“We’re going to work very hard to have unity, because without unity, we’re not going to get anything,” he said.

Senate Budget Committee Chairman Bernie Sanders, an independent from Vermont who caucuses with the Democrats, told reporters the $3.5 trillion is “already the result of a major, major compromise.” Sanders initially wanted a $6 trillion bill.

As Democrats have been drafting the legislative package, disagreements have arisen between the House and Senate, though Schumer said the goal is to put forth a joint proposal backed by Mr. Biden, House Democrats and Senate Democrats.

“We’re working well towards that goal, and we’re going to continue working on until we get there,” he said. “There are some disagreements as always comes about, but I am pleased with the progress we’re making.”

House Speaker Nancy Pelosi, meanwhile, did not commit to the $3.5 trillion size of the sweeping plan, but told reporters in a press conference that House Democrats will not go beyond that figure.