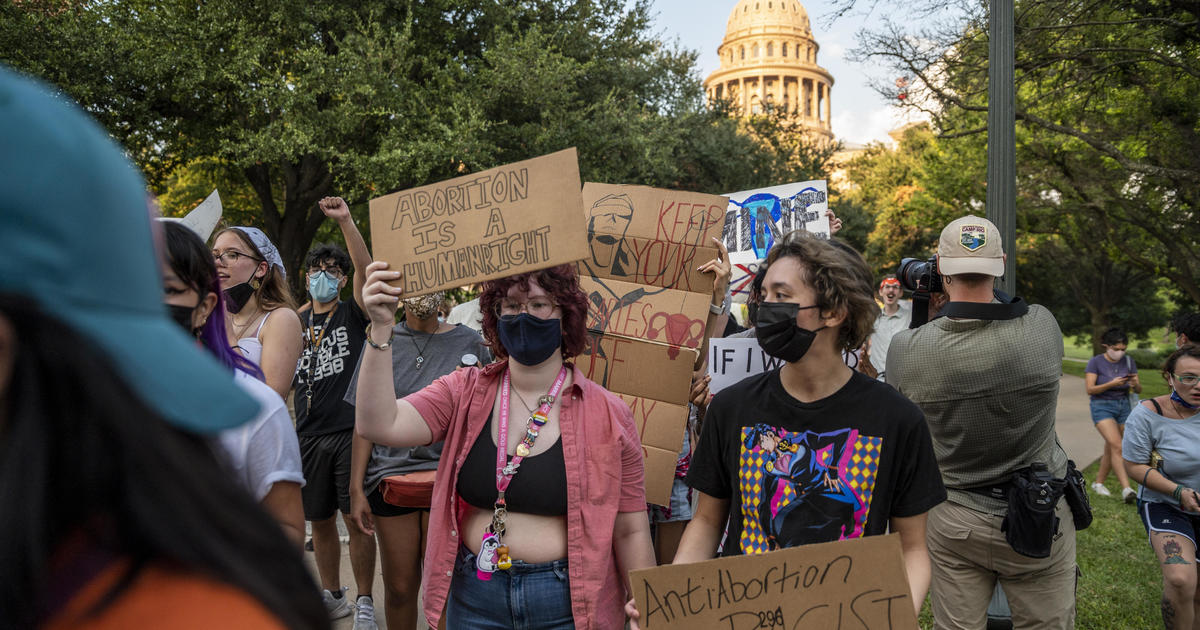 The city of Portland, Oregon’s plan to boycott Texas goods and services over its new abortion law could cost Texas companies millions of dollars a year, officials said Tuesday.

Heather Hafer, a spokeswoman with the Office of Management and Finance, said Portland has inked almost $35 million in contracts with Texas-based businesses over the last five years, The Oregonian/OregonLive reported.

She also said Portland employees have made 19 separate trips to the Lonestar State on official business since 2019, a number she said would have been significantly higher if travel hadn’t been stopped for a year amid the coronavirus pandemic.

“Texas’ economy is stronger than ever. We value babies and police, they don’t,” he wrote on the social media site.

The Portland City Council is scheduled to vote Wednesday on the measure, which would halt the city from spending money with Texas businesses as well as forbid employee travel to the state. The ban would be in effect until the state either withdraws the legislation or the law gets overturned in court, according to city officials.

The so-called “Heartbeat Act,” which prohibits abortions past six weeks, went into effect September 1. The new Texas law differs significantly from laws blocked in other states because it leaves enforcement up to private citizens through lawsuits instead of criminal prosecutors. Under the legislation, residents of the state can sue clinics, doctors, nurses and even someone who drives a woman to get the procedure for at least $10,000.

President Joe Biden on September 3 criticized the law for creating “a sort of vigilante system”  that authorizes citizens to sue anyone who may have aided an abortion. That same day, House Speaker Nancy Pelosi vowed that once the House returns from recess later this month it will take up legislation that prohibits “medically unnecessary restrictions” on abortion services or facilities.

Meanwhile, a website created by anti-abortion group Texas Right to Life, where people could anonymously snitch on abortions in Texas, was shut down for a second time this week, after the group received backlash from abortion rights activists and was sued by Planned Parenthood.

Businesses have remained largely silent on the new legislation, although a handful were quick to express their opposition.

Ride-hailing companies Uber and Lyft  on September 3 said that they will cover the legal fees of any driver who is sued under the new Texas law.

Calling the abortion ban “an attack on women’s right to choose,” San Francisco-based Lyft said it has created a fund to cover 100% of the legal fees for drivers sued under the law while driving on its platform. The company also said it would donate $1 million to Planned Parenthood.

“We want to be clear: Drivers are never responsible for monitoring where their riders go or why. Imagine being a driver and not knowing if you are breaking the law by giving someone a ride,” Lyft said in a statement. “Similarly, riders never have to justify, or even share, where they are going and why. Imagine being a pregnant woman trying to get to a healthcare appointment and not knowing if your driver will cancel on you for fear of breaking a law.”

Uber CEO Dara Khosrowshahi responded to Lyft’s statement in a tweet announcing a similar policy for its drivers.

“Drivers shouldn’t be put at risk for getting people where they want to go,” Khosrowshahi wrote. Uber is also headquartered in San Francisco.

OKCupid not OK with abortion ban

Two dating apps based in Texas, both led by women, were the first to come out against the state law, with the CEO of Match Group starting a fund to help employees seeking abortions outside the state.

“I immigrated to America from India over 25 years ago and I have to say, as a Texas resident, I am shocked that I now live in a state where women’s reproductive laws are more regressive than most of the world, including India,” Shar Dubey, CEO of Dallas-based Match Group, said in a memo to employees September 2. Match Group owns several popular dating apps, including Tinder, OkCupid, Hinge and PlentyOfFish, and has about 400 employees in Texas, according to the Dallas Morning News.

The CEO of video game maker TripWire Interactive, John Gibson, resigned from his job earlier this week after he tweeted his support for Texas’ new abortion law, causing a social media uproar.

Gibson’s resignation, which the company said was “effective immediately,” came after Shipwright Studios, a company that works with TripWire to develop games, threatened to cancel its contracts with the game maker, in a note posted on Twitter.