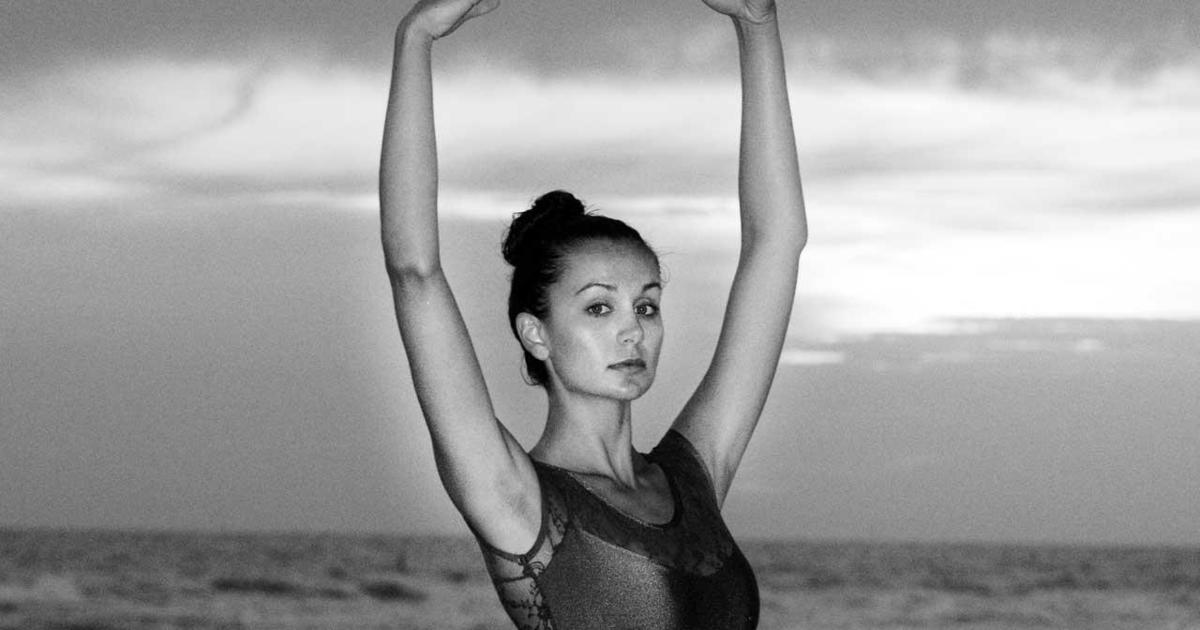 Ashley Benefield is a former ballerina and swimsuit model who founded a groundbreaking ballet company. Today, she is also called a killer, charged with murdering her husband Doug Benefield in Florida

How this beautiful dancer and creative spirit became accused of something so ugly is the focus of “The Black Swan Murder?”, an all-new “48 Hours” reported by contributor Jim Axelrod airing on a special night – Wednesday, September 8 at 10/9c on CBS and Paramount+.

Ashley and Doug met in August 2016 at a dinner party in Florida during the presidential campaign. Doug was 54, and Ashley was 24, but age hardly mattered. “He just — immediately thought Ashley was the most beautiful, the most amazing person in the world,” says Alice Robb, a contributing writer for Vanity Fair magazine. Her piece on the story is online now and will be in November’s issue.

At the time they met, she worked in the campaign office of Donald Trump in Sarasota, Florida. He was a consultant from South Carolina, a former Navy pilot who worked with technology companies and defense contractors.

“They were saying ‘I love you’ to each other within, I think, a week or so,” says Robb.

After knowing each other for only 13 days, the two were married by Doug’s close friend Trip Cormeny, at the time an ordained Episcopal minister. He wondered about the timing but ultimately agreed to marry them. “I realized he’s made up his mind … I was being loyal to my friend,” he told Axelrod.

Doug’s 15-year-old daughter Eva admits there was friction between her and Ashley. “He basically told her that I needed somebody … I needed a motherly role in my life. And I didn’t think that I needed that,” Eva told Axelrod.

Eva had already been through significant trauma. Only nine months earlier, Eva had come home from school to discover her mother Renee’s dead body. She had died of an undiagnosed heart ailment.

Doug stepped up to become very close to Eva. “After my mom died … he made sure … I could go to him with boy problems, with school drama, with anything. And he would take care of it,” Eva said.

But their close relationship suffered after Ashley moved in; Eva said she felt like Ashley was taking away her best friend.

Ashley had a dream to create an inclusive ballet company featuring all body types and ethnicities. Doug wanted to make Ashley happy, friends say, and he was determined to make her dream a reality. Dancers from all over the country began arriving in Charleston at the end of the summer of 2017 to join the American National Ballet, or ANB.

Ashley also wanted to pursue motherhood and in July 2017, she became pregnant.

The tensions with Eva continued to mount. One day, after Doug and Ashley argued about Eva, Doug lost his temper and fired a gun into the ceiling of their home. Those who knew him said it was uncharacteristic.

Doug’s close friend Cormeny says Doug told him, “I did the dumbest thing I’ve ever done in my life.”

Ashley told Doug and others that she felt nauseous during her pregnancy. Ashley moved back to Florida where her mother could care for her fulltime.

Doug agreed, but Ashley took it further than he ever expected. On a night when he was hosting a party for ANB, Ashley drove back to his house and left a four-page letter listing all his inadequacies and more.

In the note, Ashley called Doug “possessive” and “controlling.” She wrote the incident when he’d fired a gun into the ceiling had left her “fearful for her life and the safety of her unborn child.”

“I could see the look in his face when he read it,” said his daughter Eva. “I could just tell his heart was broken.”

The months that followed were an increasingly rough time for Doug. The funding never fully materialized, and the ballet company fell apart.

Ashley unleashed a number of accusations against Doug. She claimed he was poisoning her with tea and accused him of poisoning his wife Renee, who had died of a heart ailment. Her claims were investigated but nothing was found to substantiate the charges.

When their daughter was born in March 2018, Ashley didn’t inform Doug and did not put his name on the birth certificate. It would be six months before he’d be allowed to see her, after a judge intervened.

Somehow, the couple patched up their differences and for a year, they seemed mostly happy.

In the spring of 2020, Ashley suggested a move to Maryland with their then 2 1/2-year-old daughter and Ashley’s mother Alicia Byers. Doug agreed.

On September 27, 2020, Doug helped Ashley pack the family’s possessions into a U-Haul truck. Around 7 p.m., Ashley’s mother took her granddaughter out to a nearby park and Ashley and Doug were alone in the house.

Suddenly, a neighbor heard screaming and called 911. Ashley went to a different neighbor. “She walks next door, gun in hand,” says Tommie Benefield, Doug’s cousin. “Tells the neighbor …’I shot Doug in self-defense.’ The neighbor calls 911.”

When police and medical workers responded, Doug was still alive but unable to speak. He died an hour later at a nearby hospital.

While Ashley made no statements to sheriff deputies, her mother and her lawyer Faith Brown did. Her mother said she and Ashley had been living in fear of Doug for three-and-a-half years. She claimed they tried to get help from the authorities but that no one would help them. Ashley’s allegations against Doug had been investigated by the authorities but Doug was never charged with a crime. Alicia countered that Doug “knows how to play the game.”

Brown told police that Ashley was planning to get away from Doug once and for all and had an escape plan. Ashley, Brown said, had a safe place to stay, a burner phone, and a rental car rented under a different name. She told deputies that Ashley wanted to put the plan into effect the next day because she was afraid Doug had “gotten wind of it.”

Investigators determined that Doug had been shot twice while he was turned away from Ashley. He was shot once in the leg and once in the arm and that bullet traveled into his chest cavity.

Only Ashley knows exactly what happened, but she hasn’t made any statements. Five weeks after the shooting, Ashley was arrested and charged with second degree murder. She pleaded not guilty. She was released on bond after spending about two weeks in jail.

It remains unclear whether Ashley really did fear for her life or if she’s a manipulative “black swan” straight out of a Hollywood film. Her trial is not expected to take place until 2023.