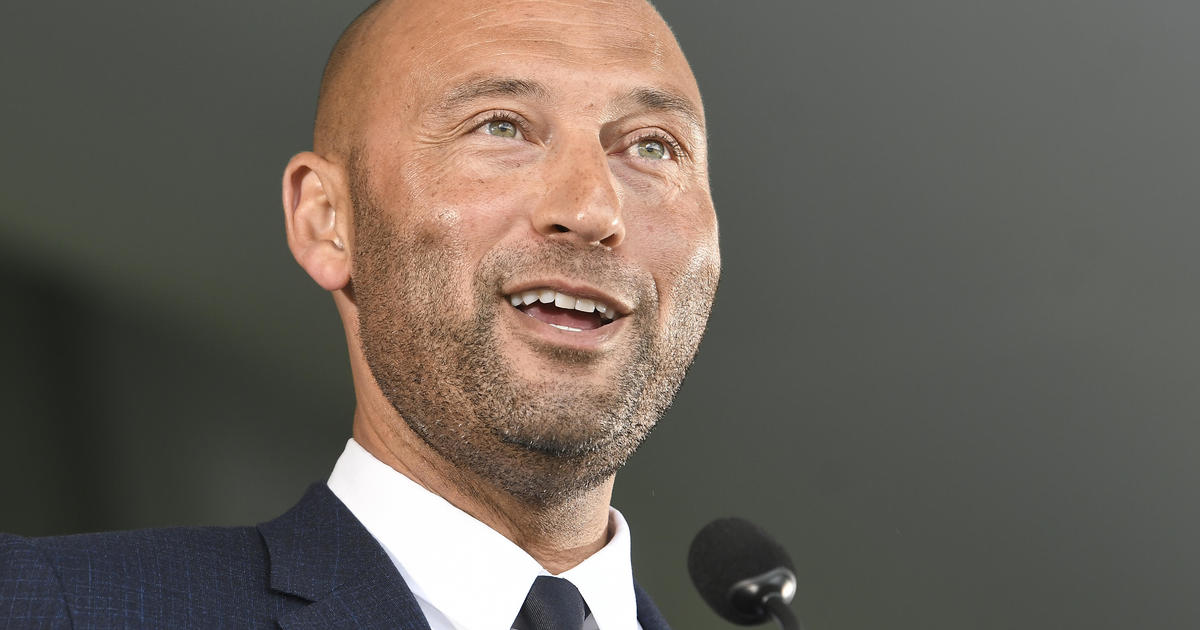 Former New York Yankees shortstop Derek Jeter was inducted into the National Baseball Hall of Fame and Museum on Wednesday at its first ceremony in nearly two years. Baseball legends Larry Walker, Ted Simmons and Marvin Miller were also among inductees honored at the anticipated event.

“There is only one thing in my life that I wanted to be, and that was the shortstop for the New York Yankees. And now, I’m a Yankee forever, and without question you helped me get here today,” Jeter told fans Wednesday. “There’s a huge responsibility that comes with wearing a Yankee uniform, and just because you have it on doesn’t guarantee you anything. You know, you have to earn it.”

The induction ceremony took place on the lawn outside the Hall of Fame in Cooperstown, New York. Fans were in attendance, along with legendary athletes like Michael Jordan, Patrick Ewing and Jeter’s former teammate, Tino Martinez.

Jeter was the number 6 pick in the 1992 MLB draft and went on to play 20 seasons with the Yankees. During his run, Jeter accumulated 3,465 hits, scored 1,923 runs and had 1,311 RBI, ending his career with a .310 batting average, according to the National Baseball Hall of Fame and Museum. The New Jersey native was a 14 time All-Star, won five Gold Glove awards and, as of his induction, had the sixth most hits in MLB history.

“I had one goal during my career and that was to win more than anyone else,” the five-time World Series champion said. “And we did.”

Walker is the second Canadian to be enshrined in the Hall of Fame. “I share this honor with every Canadian,” he said.

In 2020, the induction ceremony was canceled for the first time since 1960 due to COVID-19 concerns. The rescheduled event was postponed again in June so as to allow a limited amount of fans to attend. There were no candidates chosen for induction in 2021.