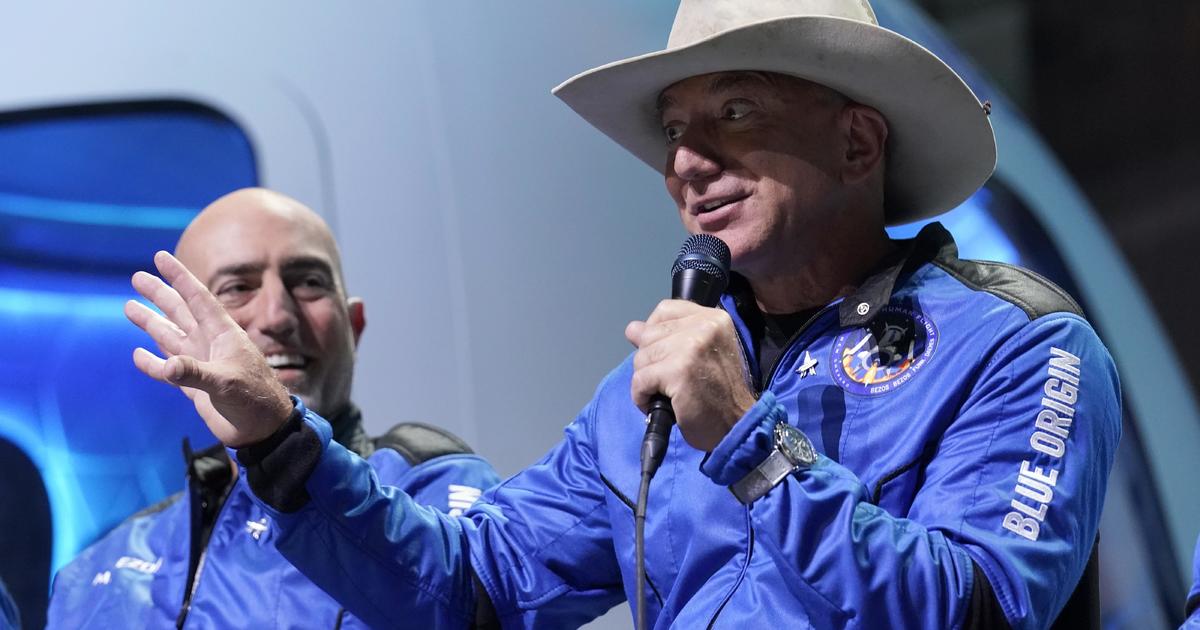 Amazon ex-CEO Jeff Bezos has been looking to space for humanity’s future. But the world’s richest man is also trying to extend humanity’s lifespan here on Earth, according to a report in MIT Technology Review.

Bezos, worth an estimated $200 billion, is one of several investors in Altos Labs, a Silicon Valley startup working on technology to rejuvenate cells and potentially prolong life, the Technology Review reported. The startup also counts Yuri Milner, a Russian tech billionaire and founder of the $3 million Breakthrough Prizes, as a backer.

Altos Labs is working on what’s called reprogramming technology, a method of reverting adult, specialized cells into stem cells, which have the potential to turn into any kind of cell, according to the Technology Review.

Scientists say reprogramming holds great potential to treat vision loss, spinal cord injuries, brain injuries and other age-related bodily degeneration. In a 2018 study, the Salk Institute biocmemist Juan Carlos Izpisua Belmonte declared it “the elixir of life” and said that “aging is not an irreversible process.” The following year, Izpisua Belmonte was part of a team working in China that created monkey-human hybrids called chimeras, drawing criticism from medical ethicists.

Now, Izpisua Belmonte is set to join Altos Labs, according to the Technology Review. Other preeminent scientists joining the startup’s staff include Shinya Yamanaka, who received a Nobel prize for his work on reprogramming in 2012 and who will head Altos Labs’ advisory board. Steve Horvath, the University of California geneticist who developed a way to detect the aging of cells from their molecular markers, will also join, Technology Review reported.

Stopping disease and prolonging life seems to be a key interest for Bezos. In his 2020 letter to Amazon shareholders, the 57-year-old Bezos quotes extensively from Richard Dawkins, writing to his investors: “Staving off death is a thing that you have to work at. … if living things didn’t work actively to prevent it, they would eventually merge into their surroundings, and cease to exist as autonomous beings. That is what happens when they die.”

The Bezos shareholder letter concluded: “never, never, never let the universe smooth you into your surroundings.”

Bezos Expeditions, the billionaire’s investment firm, did not reply for a request for comment from CBS MoneyWatch.

Along with fellow tech billionaire Peter Thiel, Bezos has also invested in Unity Biotechnology, a startup developing technology to delay aging at the cellular level.

The project of staving off death is a popular one in Silicon Valley. In 2013, Google launched Calico, a research and development lab to treat aging. One year later, the Palo Alto Longevity Prize offered $1 million for researchers who could turn old organisms young or extend a living creature’s lifespan by 50%. Today, researchers from 50 countries can take a crack at some $30 million in prizes available through the National Academy of Medicine’s “healthy longevity” challenge.

Nir Barzilai, director of the Institute for Aging Research at Albert Einstein College of Medicine in New York, expects $4.5 billion to be invested in life-extending science this year, he told the New York Post.