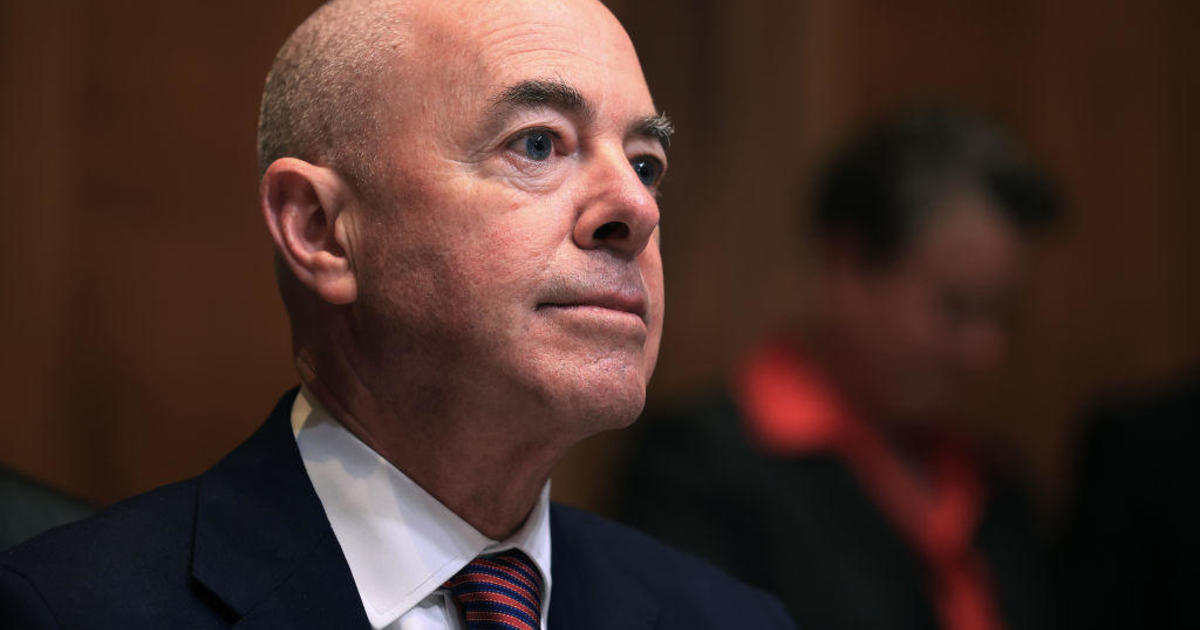 As the effort to resettle those who escaped Afghanistan during the U.S. military withdrawal, there are now more than 46,000 Afghan refugees in the United States, according to law enforcement sources. More than a dozen of them have shown up on terror watch lists, the sources said.

But Homeland Security Secretary Alejandro Mayorkas said the U.S. has protocols to remove anyone brought to the country who later turns out to be a threat.

“We screen and vet individuals before they board a plane to the United States,” Mayorkas told “CBS Evening News” anchor and managing editor Norah O’Donnell in an exclusive interview. “An individual who does not satisfy our screening and vetting protocols is not admitted to the United States. And if in fact, we learn information subsequently, we place those individuals in removal proceedings so that they are set to leave the United States as swiftly as possible.”

Mayorkas said that “very, very few people” have given the department “any cause for concern.”.

The secretary told CBS News that the Department of Homeland Security is doing “everything possible” to make sure prisoners released by the Taliban — including members of ISIS and al Qaeda — don’t get into the United States.

“We have no evidence that they have,” he said.

Of particular concern is the upcoming 20th anniversary of the 9/11 terror attacks. A recent DHS bulletin warned of a “heightened threat environment,” ahead of the anniversary.

“The 20th anniversary of the September 11, 2001 attacks, as well [as] religious holidays we assess could serve as a catalyst for acts of targeted violence,” DHS cautioned in its latest National Terrorism Advisory System bulletin.

Mayorkas said there are no “credible, specific threats” at this time. “However, we are ever vigilant,” he said.

He said that DHS has seen a shift, where once they may have been more concerned about a foreign terrorist entering the U.S., “now what we consider the most serious terrorism-related threat on our homeland, which is the domestic violent extremist.”

DHS is also in charge of the Federal Emergency Management Agency, which is tasked with responding to disasters throughout the country. As the agency responds to the devastation of Hurricane Ida, Mayorkas also stressed that individuals should be prepared in the case of an emergency.

“The key is prevention,” he said. “Know one’s evacuation plans, have the supplies as well as resilience.”