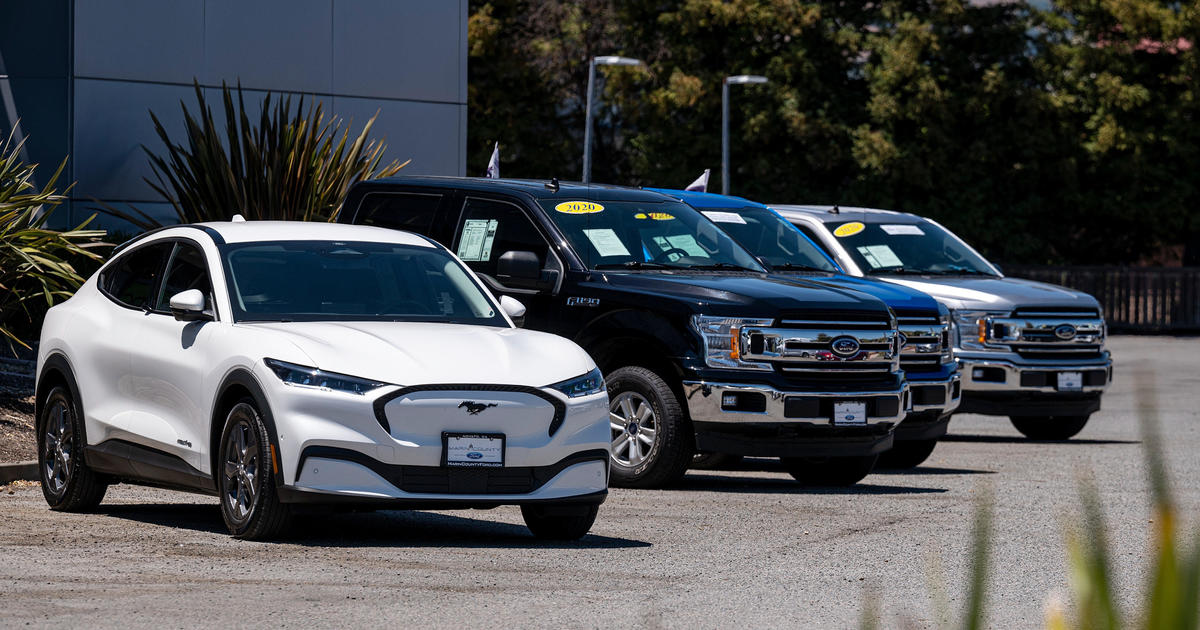 Back in the spring, a shortage of computer chips that had sent auto prices soaring appeared to be finally easing. Some relief for consumers seemed to be in sight. But that hope is now fading, as a surge in COVID-19 cases from the Delta variant in several Asian countries is worsening the supply shortage, further delaying a return to normal auto production and keeping the supply of vehicles artificially low.

That means record-high consumer prices for vehicles — new and used, as well as rental cars — will likely extend into next year and might not return to earth until 2023, according to analysts.

In July, new-car prices hit a new record for the fourth straight month, according to Kelley Blue Book. The average transaction, at $42,736, was 8% higher than one year ago, with a typical new car costing above the manufacturer’s suggested retail price.

Sales of new cars, meanwhile, have been tumbling a mirror image of prices. In August, new vehicle sales in the U.S. fell nearly 18%, mainly because of supply shortages. Not counting the drop in 2020, August’s “pace of sales is the lowest since late 2011 during the recovery from the Global Financial Crisis,” Oxford Economics’ Mahir Rasheed wrote in a research note.

“A storm of headwinds including the global semiconductor shortage, expiring fiscal support, and a spending rotation towards services will preclude sales from returning to their early 2021 pace,” he wrote.

The global parts shortage involves not just computer chips. Automakers are starting to see shortages of wiring harnesses, plastics and glass, too. And beyond autos, vital components for goods ranging from farm equipment and industrial machinery to sportswear and kitchen accessories are also bottled up at ports around the world as demand outpaces supply in the face of a resurgent virus.

“Far from getting better, the problems afflicting the world’s automakers are getting worse,” Vincent Tsui of Gavekal Research wrote in a recent research note.

Squeezed by the parts shortfall, General Motors and Ford have announced one- or two-week closures at multiple North American factories, some of which produce their hugely popular full-size pickup trucks.

“These most recent scheduling adjustments are being driven by the continued parts shortages caused by semiconductor supply constraints from international markets experiencing COVID 19-related restrictions,” GM said in a statement last week.

Late last month, shortages of semiconductors and other parts grew so acute that Toyota felt compelled to announce it would slash production by at least 40% in Japan and North America for two months. The cuts meant a reduction of 360,000 vehicles worldwide in September. Toyota, which largely avoided sporadic factory closures that have plagued rivals this year, now foresees production losses into October.

Nissan, which had announced in mid-August that chip shortages would force it to close its immense factory in Smyrna, Tennessee, until August 30, now says the closure will last until September 13.

Honda dealers are bracing for fewer shipments. “This is a fluid situation that is impacting the entire industry’s global supply chain, and we are adjusting production as necessary,” said Chris Abbruzzese, a Honda spokesman.

And Tesla CEO Elon Musk told investors in July that the supply of chips — the slowest part of Tesla’s supply chain — would dictate the production of its electric vehicles for the rest of the year.

” The chip supply is fundamentally the governing factor on our output,” he said. “It is difficult for us to see how long this will last.”

With consumer demand for wheels still high, automakers feel little pressure to discount their vehicles. Forced to conserve their scarce computer chips, the automakers have routed them to higher-priced models — pickup trucks and large SUVs, for example — thereby driving up their average prices.

The roots of the computer chip shortage bedeviling auto and other industries stem from the eruption of the pandemic early last year. U.S. automakers had to shut factories for eight weeks to help stop the virus from spreading. Some parts companies canceled orders for semiconductors. At the same time, with tens of millions of people hunkered down at home, demand for laptops, tablets and gaming consoles skyrocketed.

Then, just as auto chip production started to rebound in late spring, the highly contagious Delta variant struck Malaysia and other Asian countries where chips are finished and other auto parts are made.

Automakers reported that U.S. dealers had fewer than 1 million new vehicles on their lots in August — 72% lower than in August 2019.

Even if auto production were somehow to immediately regain its highest-ever level for vehicles sold in the U.S., it would take more than a year to achieve a more normal 60-day supply of vehicles and for prices to head down, the consulting firm Alix Partners has calculated.

“Under that scenario,” said Dan Hearsch, an Alix Partners managing director, “it’s not until early 2023 before they even could overcome a backlog of sales, expected demand and build up the inventory.”

“More than I paid for my house”

For now, with parts supplies remaining scarce and production cuts spreading, many dealers are nearly out of new vehicles.

On a recent visit to the “Central Avenue Strip” in suburban Toledo, Ohio, a road chock-full of dealerships, few new vehicles could be found on the lots. Some dealers filled in their lots with used vehicles.

One would-be buyer, Heather Pipelow of Adrian, Michigan, said she didn’t even bother to look for a new SUV at Jim White Honda.

“It’s more than I paid for my house,” she said ruefully.

Ed Ewers of Mansfield, Ohio, traveled about two hours to a Toledo-area Subaru dealer to buy a used 2020 four-door Jeep Wrangler. He considered buying new but decided that a used vehicle was more in his price range to replace an aging Dodge Journey SUV.

Glenn Mears, who runs four auto dealerships around Canton, Ohio, suspects the shortage will get worse before it gets better. He said dealers are managing to survive because of the high prices consumers are having to pay for both new and used vehicles.

He doesn’t charge more than the sticker price, he said — enough profit to cover expenses and make money. Nor does he have to advertise as much or pay interest on a large stock of vehicles. Many vehicles, he said, are sold before they arrive from the factory.

No end in sight?

Chip orders that were made nine months ago are now starting to arrive. But other components, such as glass or parts made with plastic injection molds, are depleted, Hearsch said. Because of the virus and a general labor shortage, he said, auto-parts makers might not be able to make up for lost production.

Some tentative cause for hope has begun to emerge. Siew Hai Wong, president of the Malaysia Semiconductor Industry Association, says hopefully that chip production should start returning to normal in the fall as more workers are vaccinated.

Though Malaysia, Vietnam, Taiwan, Singapore and the U.S. all produce semiconductors, he said, a shortage of just one kind of chip can disrupt production.

“If there is disruption in Malaysia,” Wong said, “there will be disruption somewhere in the world.”

Automakers have been considering shifting to an order-based distribution system rather than keeping huge supplies on dealer lots. But no one knows whether such a system would prove more efficient.

Eventually, Hearsch suggested, the Delta variant will pass and the supply chain should return to normal. By then, he predicts, automakers will line up multiple sources of parts and stock critical components.

“There will be an end to it, but the question is really when,” said Ravi Anupindi, a professor at the University of Michigan who studies supply chains.