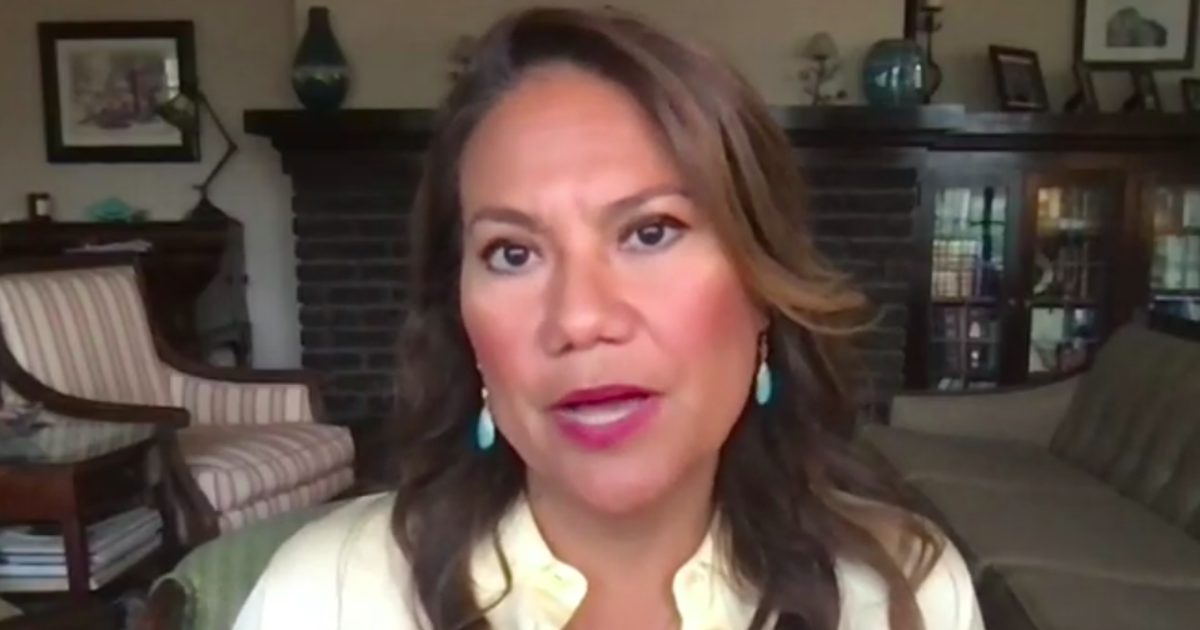 The following is a transcript of an interview with Representative Veronica Escobar that aired on Sunday, September 5, 2021, on “Face the Nation.”

REP. VERONICA ESCOBAR: Good morning, WEIJIA. It is a pleasure to be with you.

WEIJIA JIANG: It’s great to have you. You called the new law one of the most draconian state laws to date since it took effect. I wonder, have you heard from constituents and health care providers about any immediate impact?

REP. ESCOBAR: I have WEIJIA, people are shocked, horrified, outraged. We knew it was coming down the pike because it was debated in our state legislature, but actually having it become law on September 1st has been pretty horrifying because of two really awful consequences. The first is the fact that neighbors and friends and family members are- are being incentivized to be bounty hunters. It’s incredible that we live in a state that is willing to incentivize that. But there are also other real-life consequences that are happening right now, deadly consequences. There are folks who want to believe that you can eliminate abortion. But what- what this law and other laws like it will do is simply make it deadlier, more dangerous. Women are going to take their health into their own hands. It will impact young women, poor women and women of color. And I am really afraid of the lives that will be lost as a result.

WEIJIA JIANG: And to help handle those immediate consequences and what you’re talking about, women seeking care. Is there anything you’re asking from the Biden administration that they can provide, whether that’s transportation to another state or funds for a trip like that? What are you asking from the president?

REP. ESCOBAR: Well, I’m grateful that the president wants to fight for women’s health care and wants to protect women from a state and frankly, a party that is not pro-life, but is instead pro birth, willing to put women’s lives on the line. So, the Biden administration is looking at a whole of government approach, asking its agencies to take action. So, I’m grateful for that. But Congress needs to act as well. We are going to bring to the floor the Women’s Health Protection Act, which will put into law the protections that women need and require that we’ve had for decades under Roe v. Wade. But in the meantime, WEIJIA I am afraid of, what will be happening to women who are desperate right now, especially women who’ve suffered traumatic experiences such as incest or sexual assault, who’s- who are trapped in the state of Texas.

WEIJIA JIANG: House Speaker Nancy Pelosi said she would bring a vote on that act, which you are a co-sponsor of. But this week, you also tweeted, expand the court, abolish the filibuster. Do you think that is the only way the bill stands a chance of passing?

REP. ESCOBAR: I am really afraid that because of the Senate’s desire to hang on to a relic of the past, a Jim Crow relic, the filibuster, that while the House will move expeditiously to protect women from states like Texas and from a Supreme Court that is an activist court. My fear is, is that some members of the Senate will use the filibuster as an excuse to not take action. And in the face of inaction, we will see more death in Texas. Texas is now a very dangerous place for women and children. We are going to see more states basically import this law and do everything possible to create the most hostile conditions for women in our country. And I do believe I am a supporter of eliminating the filibuster so that the American people will be able to see progress in government. And I believe the filibuster, which voters never voted for, which is not in the Constitution and which is a relic of the past, it needs to be eliminated. But I do think we also need to expand the court. We- we’ve now seen SCOTUS basically engage in late night decisions through their shadow docket. We’ve seen them become an activist court. We need to restore integrity to the court.

WEIJIA JIANG: Earlier, you did mention the way that this law is written and the fact that it outsources enforcement to private citizens. Are you worried that because of the way it’s structured, that’s going to make it really hard to challenge in court?

REP. ESCOBAR: It really will, and the consequences, I don’t think that- that folks really understand the legal consequences involved because it’s so new to the American public. But basically, here’s what can happen. If, for example, I had a young daughter who was the victim of a sexual assault, and I was taking my young daughter to a clinic. Her assault- the person who perpetrated the assault, could take me to court incentivized by that $10,000. And let’s say that my young daughter was not pregnant. There was no abortion involved. But I still had to defend myself in court. I can’t even recover legal fees. There are layer upon layer upon layer of injustices written into this law, intended to really send the most severe chilling effect on women and women’s reproductive rights in the state of Texas.

WEIJIA JIANG: But, Congresswoman, you represent a state where 41% of people oppose abortion rights. Some of them not only approve this law, but they have spent years fighting for it, and now they are celebrating. How do you find common ground with those constituents on such a clearly emotional issue?

REP. ESCOBAR: And it really is a tough issue to discuss because each side is- is equally as dug in and it is very hard to find common ground. But what I have long talked about is if we want to lower the number of abortions taking place in our country, we have to do more for young women and men in terms of sexual- sex education, in terms of access to contraceptives, in terms of legal protections for women. Instead, what we are seeing is an elimination of those things. And so, it should be no surprise that more young women end up pregnant. But then we have a government that wants to limit their options once they are. It’s a very backward way of addressing what is a concern. But that’s why I say there’s no law that you can create that will eliminate abortion. All that’s happening is you’re eliminating safe, legal abortion, causing women significant harm.

WEIJIA JIANG: Oh, we are going to have to leave it there, Congresswoman. But thank you so much for joining us this morning.

WEIJIA JIANG: We’ll be right back.