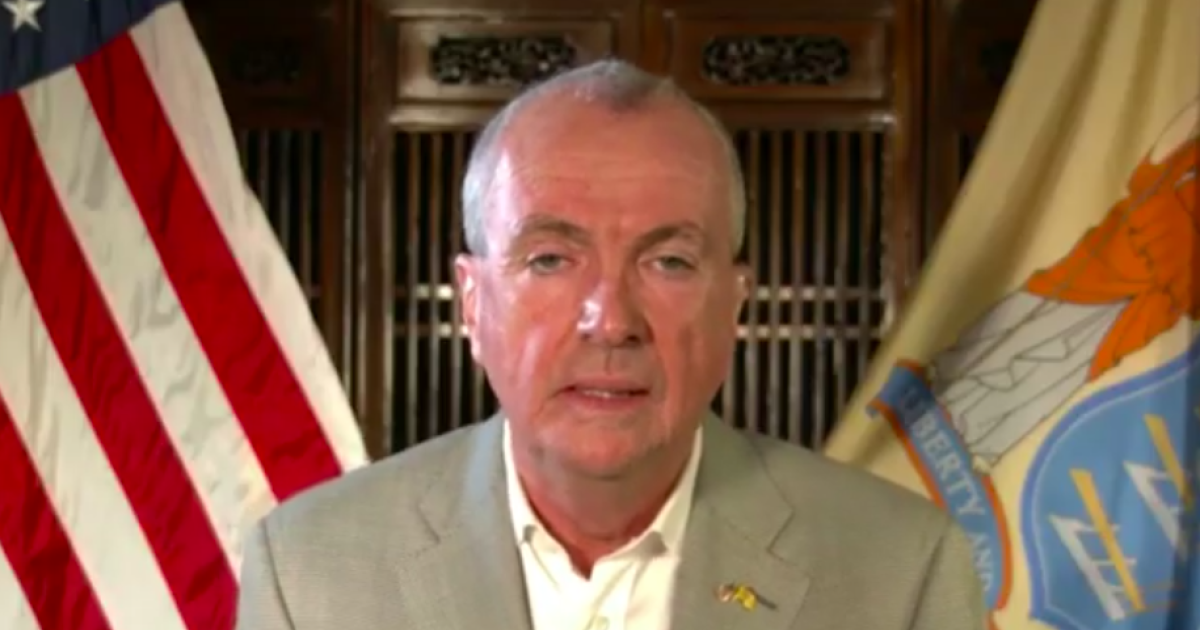 The following is a transcript of an interview with New Jersey Governor Phil Murphy that aired on Sunday, September 5, 2021, on “Face the Nation.”

WEIJIA JIANG: We turn now to the devastation left in the wake of Hurricane Ida. Ida’s path measured more than a thousand miles from where it made landfall in Louisiana through the northeast, bringing torrential rain and flooding and spawning tornadoes in at least six states. At least 65 people are dead. In New Jersey alone 27 people were killed, largely due to flooding. The state’s governor, Phil Murphy, joins us now from Middletown. Good morning, Governor. Thank you for making time for us.

NEW JERSEY GOVERNOR PHIL MURPHY: Good morning. Thanks for having me.

WEIJIA JIANG: I want to get the latest on the recovery from Hurricane Ida, but I do want to start with a quick question on COVID since children are returning back to school in your state this week. The Star Ledger editorial board, the largest newspaper in your state, published an op-ed criticizing your decision not to require school staff to show proof of vaccination or submit to any testing until October 18th. Given how transmissible the Delta variant is, why not use every weapon you have at your disposal now?

GOV. MURPHY: Well, I would just respond to say that we are. Period. Everyone in our school buildings will be masked. Students, educators, staff. No exceptions. Educators, as we sit here today, are already at a very high level of vaccination. We think that timeframe is a realistic one, and they will be required to have a vaccination and if not, be subject to multiple tests per week. We think that package of steps is what we need to have a safe environment, because we desperately need to get our kids back in person back into school, and we are confident we can achieve that.

WEIJIA JIANG: OK, thank you, Governor. I know a lot of families are not only thinking about sending kids back to school, but right now how they’re going to get their kids and families back in their homes. President Biden is heading to New Jersey this Tuesday to look at all of the damage. Are you going to ask him for any additional resources or assistance that you already know you need?

GOV. MURPHY: Yeah, the president and his team have been outstanding. We have already asked for assistance. We’ve gotten the first step and we will continue to ask for more because we need it. This was a historic storm, deadly tragically, the loss of 27 lives and still at least four persons missing significant destruction of both homes, small businesses, roadways in some cases, by the way, schools, folks, first responders were extraordinarily heroic. Folks up and down the state were extraordinary. But there is a significant loss associated with the storm. We’ll do all that we can in the state, but we need the federal government in a big way. I’m confident they will be there for us. And I’m looking forward to having the president with us on Tuesday and seeing it up close with our own eyes.

WEIJIA JIANG: You said after this storm that New Jersey needs to update its playbook for storm response is, quote, “as it relates to our infrastructure, our resiliency, our whole mindset, the playbook that we use, we have got to leap forward and get out ahead of this.” What was it about this storm that led you to that conclusion?

GOV. MURPHY: Yeah, I mean, this is something that we have been spending all of our- our hours thinking about, and we will be doing that, I suspect, for many years, if not decades to come. We screamed loud and clear: tornado warnings, flood warnings, flash flood warnings. We begged people to get off the road. And still you’ve got 27 losses of life and enormous destruction. We had rain in- in many communities in two or three hours that were equivalent to what they normally get in a month or two. And- and- and this, sadly, we think, is part of the- part of what we’re going to be facing, more frequency and more intensity. So I mean that in terms of the playbook in every respect. We need a much more resilient infrastructure. That infrastructure bill that’s being debated in Congress would have a huge positive impact on states like New Jersey. We’re the most densely populated state in America, a location second to none. But we’ve got infrastructure that was built for a different reality. And so that’s the big piece of this. And we want to make sure that folks, when they hear these warnings, bless their souls, that they take them as seriously as we need them. And God willing, we will be able to sharpen that as well going forward.

WEIJIA JIANG: Mr. Governor, that reconciliation bill that you mentioned, it is going to have a tough road ahead to passage. If it fails, what can you do as a governor to recreate that playbook?

GOV. MURPHY: I think the failure would be historic. I think it would be, sadly, an example where America did not meet the moment. The alarms have been going off for- for decades, if not longer, in the intensity and the loss of life and destruction that we’ve seen just this week is a stark reminder. So, if it does not happen with the heaviest of hearts will do everything we can inside of our state. But this is one example where the resources and support of the federal government is- is- is vital. There’s no other there’s no other player that could fill that role. As I say, the president and FEMA have been extraordinary in the- in the reaction to the storm. But as a proactive matter, we need Congress to step up right now.

WEIJIA JIANG: Governor Murphy of New Jersey, thank you so much. And best of luck to you as you try to get your state through this.

GOV. MURPHY: Thank you for having me.

WEIJIA JIANG: FACE THE NATION will be back in one minute. Stay with us.