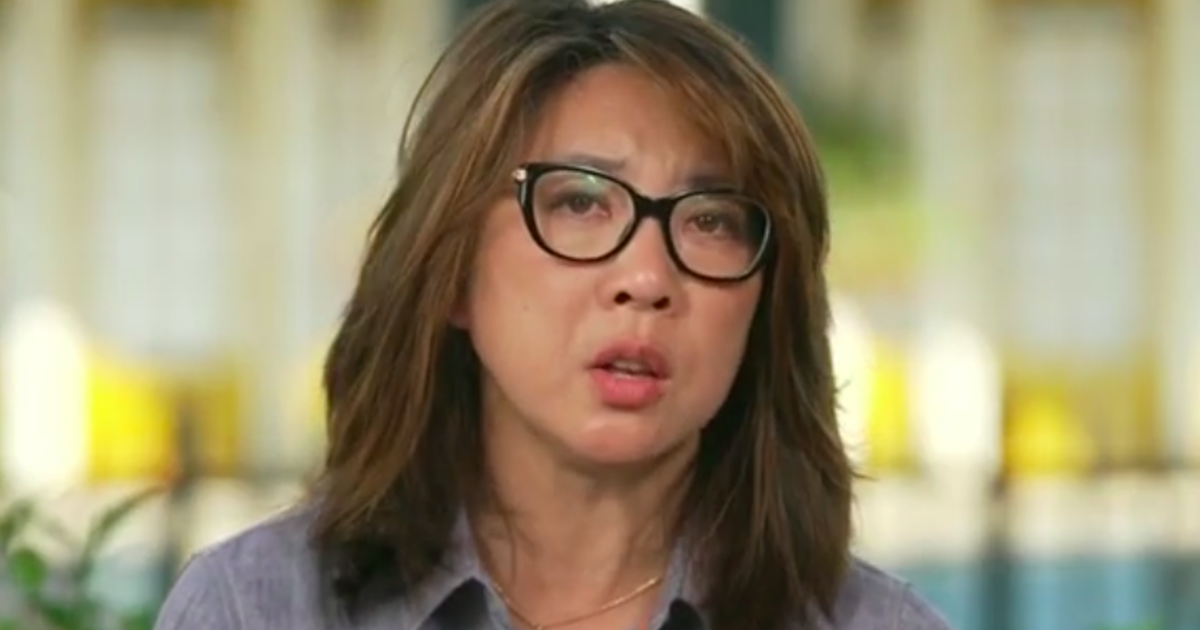 The following is a transcript of an interview with Cynthia Sheng, the president of Jefferson Parish in Louisiana, that aired on Sunday, September 5, 2021, on “Face the Nation.”

WEIJIA JIANG: We go now to the president of Jefferson Parish in the greater New Orleans area, Cynthia Lee Sheng. Good morning to you, Cynthia.

JEFFERSON PARISH PRESIDENT CYNTHIA LEE SHENG: Good morning. Thank you so much for having me on the show.

WEIJIA JIANG: Thank you for being here. You said in a recent briefing that the dangers after the storm are just as serious as during the storm. What are the most imminent dangers you are worried about right now and how are you coping with them?

SHENG: Well, I mean, that’s definitely the case. If you look at the storms that we’ve had in Louisiana in the past year, I think we’ve lost more lives post-storm. In Jefferson Parish we only lost one life during the storm. Unfortunately, I happen to know the person very, very tragic in Lafayette, where the- where the waters rose very high. But then, you know, a couple of days later, I feel like two days later, we lost three people to carbon monoxide poisoning. We lost another resident to a nursing home with- with the, you know, issue with that with the people who evacuated. And then we also had, which is not directly storm related, but we had a fatal shooting at a gas station because we were living in a community that is just completely broken down. And people are, you know, stressed. And it’s just a very fractured community right now. So that’s absolutely the case. We’ve lost more people post storm than we did during the storm. And we’re day by day trying to put our community back together. You know, the fuel situation just hit us is a double whammy in the fact that eight refineries got hit. So, the fuel at the source of it got hit. If this storm would have been anywhere else and the roads were passable, we would have been shipping our gas to them. But the fact that our eight refineries got hit right where the storm hit land was just a double whammy for us in terms of trying to rebuild and trying to make sure our first responders have fuel, our critical needs have fuel. So that was very unfortunate for us with this storm.

WEIJIA JIANG: Well, I know the Biden administration has tapped into its emergency fuel reserve to try to help you guys out, but it sounds like that’s not enough. Did you ask President Biden for more when you met with him on Friday? And what else did you ask from him?

SHENG: Yeah, absolutely, we- we appreciated the visit, and, you know, I’m so glad that he got here to see the destruction firsthand, but, you know, fuel was absolutely the essential need. We talked about the assistance for our medical- medical special needs people, because as the days go on and people were staying at home, it was getting harder and harder to kind of take care of these people. So that was great news yesterday. I was at the New Orleans Convention Center meeting, DEMAT teams from Rhode Island and New Hampshire and law enforcement officers from California. It was such a bright way to start my day yesterday to know that my the most vulnerable citizens we have in Jefferson Parish will be able to send. They are, you know, if they can’t handle a bus ride outside to a mega shelter in Bastrop, Louisiana, but they’re not critical enough to be in a hospital. We have major resources right here locally that we can send our- our- our vulnerable people. And that was, like I said, a great way for me to start the day yesterday to see all these additional resources. And I told my team, you know, when it’s just the days after the storm, it’s so difficult because the problems are there. We don’t have the resources. We’re- we’re trying to do search and rescue, save lives. But every day additional resources come in from outside and we feel better about things. And that’s- that’s been really a relief, just getting the reinforcements in from outside.

WEIJIA JIANG: And I know that despite all of that help right now, you’re still asking some people who evacuated not to come back just yet. Is that right?

SHENG: Yeah, because we still have the fuel issue. You know, I was very grateful that the school systems are not starting this week. My teams, and this is my departments, we have to get the water pressure up. We’re still under a boil water advisory. Our sewer system is largely dependent on the- it is dependent on electricity. Thank goodness, you know, all our hospitals are- have electrical power now. Our emergency operations center, our core of communication for first response actually lost generator power. So, the electrical company got us powered up. So, the critical infrastructure needs- need to get powered up. And then Entergy is working on, you know, getting the neighborhoods back up slowly. But if you don’t have fuel, you don’t have electricity, water pressure is low, the sewer system is- is fragile, having the masses come back as a community we’re not ready for it. But I think as electricity comes on every day, I think this gas situation hopefully will get better. We will- we will bring people back. You know, we- all my job is- is to tell people this is the situation, this is the real-life situation. It’s up to them to make the personal decisions as to whether they want to return. If they think life’s too difficult financially, if they can stay out longer, I mean, that’s an issue with the hotel bills. So, we’re not- we’re just trying to get people accurate information for them to make their own decisions. But I really feel good about it. Every day we’re going to get better and better on all of our systems across the board.

WEIJIA JIANG: And Cynthia, we are thinking of you as you do that. And I’m so sorry about your personal loss. Thank you for joining us this morning.

SHENG: Thank you. Thank you so much.

WEIJIA JIANG: And we will be right back.