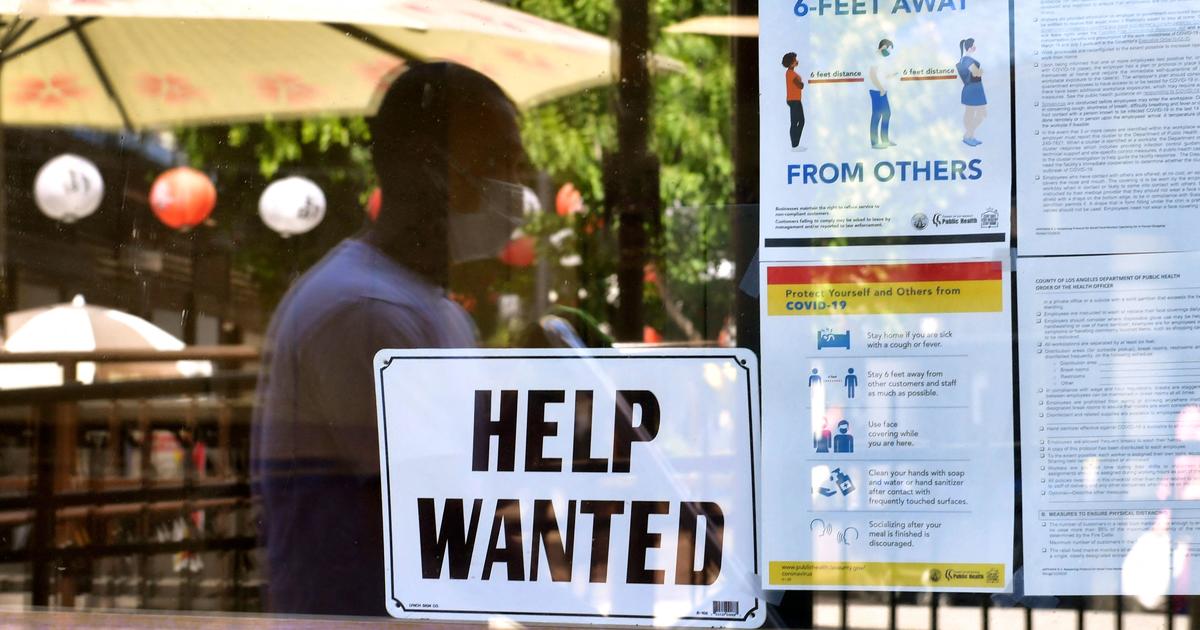 Employers added 235,000 jobs last month, the Labor Department reported on Friday, far fewer than the roughly 750,000 expected by forecasters. The nation’s unemployment rate fell to 5.2%, from 5.4%.

The monthly job gains are a big drop from July, when more than 1 million jobs were created, according to revised government data.

“The labor market recovery cooled markedly in August as businesses and job seekers grew more cautious in the face of the fast-spreading Delta variant,” Lydia Boussour, lead U.S. economist with Oxford Economics, said in a report.

Customer-facing industries were hardest hit in August, with retail trade losing 28,000 jobs and leisure and hospitality staying unchanged. But the goods economy powered ahead: Transportation and warehousing added 53,000 jobs, which brings employment in the sector above its pre-pandemic peak. Manufacturing added 37,000, a majority of them in the auto industry, signaling that supply bottlenecks may be easing. Professional and business services added 74,000 jobs, on par with the previous month.

Average hourly earnings grew a strong 4.2% year-over-year, a figure that was boosted by the absence of lower-paying leisure and retail jobs.

“Today’s report has the Delta variant written all over it,” Nick Bunker, economic research director at the job site Indeed, wrote in a note. “The underlying momentum is still there. We just have to see if we can keep up the pace until this surge is behind us.”

With COVID-19 cases having spiked in July and August, Americans have been buying fewer plane tickets and reducing hotel stays. Restaurant dining, after having fully recovered in late June, has declined to about 10% below pre-pandemic levels, and some live events have been canceled. Some 9 million unemployed workers are set to lose their jobless benefits starting next week, likely dragging down consumer spending and slowing the recovery further.

Businesses are also delaying their returns to offices, threatening the survival of downtown restaurants, coffee shops and dry cleaners. Many manufacturers are still struggling with persistent supply bottlenecks, while a recent purchasing managers’ survey found that the Delta variant is causing significant absenteeism in factories.

In August, the number of people who reported losing work hours because their employer was closed due to the pandemic rose by 400,000, to 5.6 million, according to the Labor Department.

While the overall unemployment fell, jobless rates rose for some groups of workers. Black workers’ unemployment rose to 8.8% from 8.2% in July, as more entered the workforce than were hired for jobs. Likewise, the teenage labor force grew, driving up their unemployment rate to 11.2%, from 9.6% in July.

The rising unemployment rate for Black workers is “very discouraging and something we need to keep watching,” said Elise Gould, an economist at the left-leaning Economic Policy Institute.

Although the job numbers typically fluctuate from month to month, unemployment among Black workers during the pandemic has been about double the rate for White workers.

“This recovery seems to be leaving some workers out in the cold more than others,” she said. “We should be making sure the labor market is as tight as possible, so those who have been historically marginalized in the labor market have a shot.”

Before the pandemic upended the economy, employers adding 200,000 jobs would be considered a blowout month. But the job market is still climbing back from the historic blow dealt by the coronavirus, which in April of 2020 drove up unemployment to 14.7%. There are roughly 5.3 million fewer workers on payrolls today than in 2020.