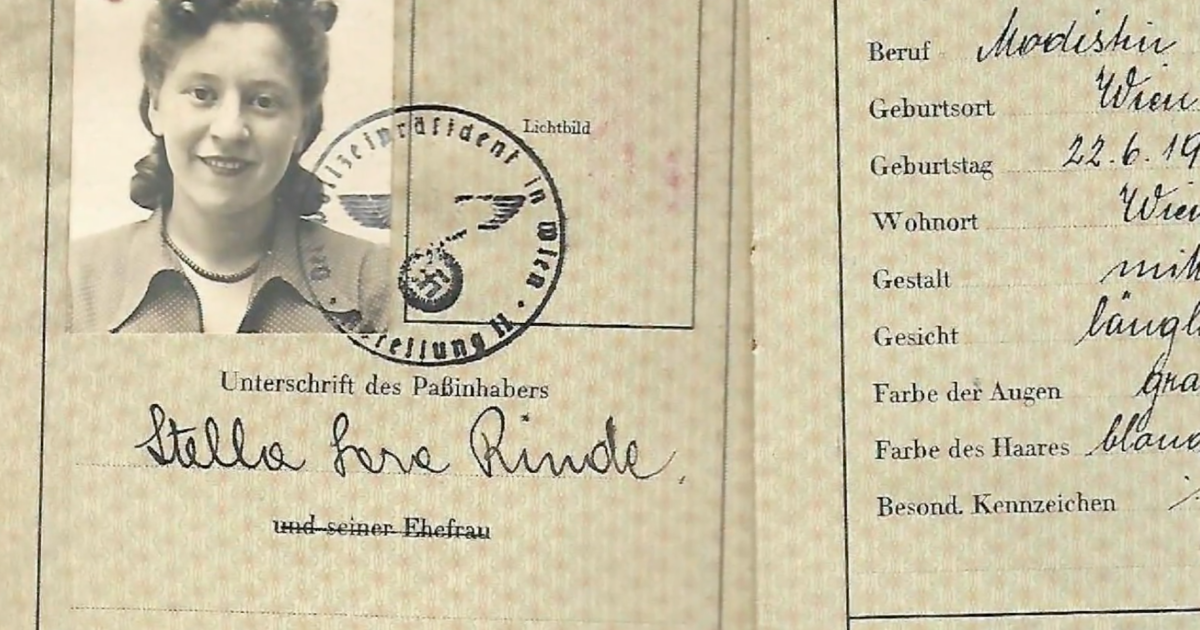 Edmund de Waal has spent two decades piecing together his family’s painful past to make sense of the present.

“There are big silences in the story, which was why I felt this need to explore,” the author of “The Hare With Amber Eyes” said.

Through his art and books, he explores the journey of his Jewish ancestors.

After the Nazis invaded Austria in 1938, his father and great-grandfather escaped to England. But Austria stripped them of their citizenship.

Now, 76 years after the Holocaust killed an estimated 64,000 Austrian Jews, a change in Austrian law makes it easier for the victims of Nazi persecution and their descendants to reclaim that nationality – including de Waal and his 92-year-old father.

“I’m simultaneously incredibly pleased and incredibly angry,” he said. “It’s taken so long. It’s too late for so many families.”

Maya Hofstetter kept the Austrian passport belonging to her late great-grandmother, Stella, who fled to the U.S. in 1940. The 17-year-old Maryland native is one of nearly 4,000 people around the world who have already obtained Austrian citizenship under the new rules.

“I have my passport, which is just so cool,” she said. “It was just important for me to kind of regain this thing that was taken from me.”

For de Waal, Austria is finally acknowledging its role in Nazi history at a time when antisemitism and polarization of all kinds are growing worldwide.

“I’m very clear, this is restitution,” he said.

And, he says, it’s another step in his own search for identity.

“Citizenship is absolutely right at the center of this journey,” he said, noting that it gives him a sense of belonging.