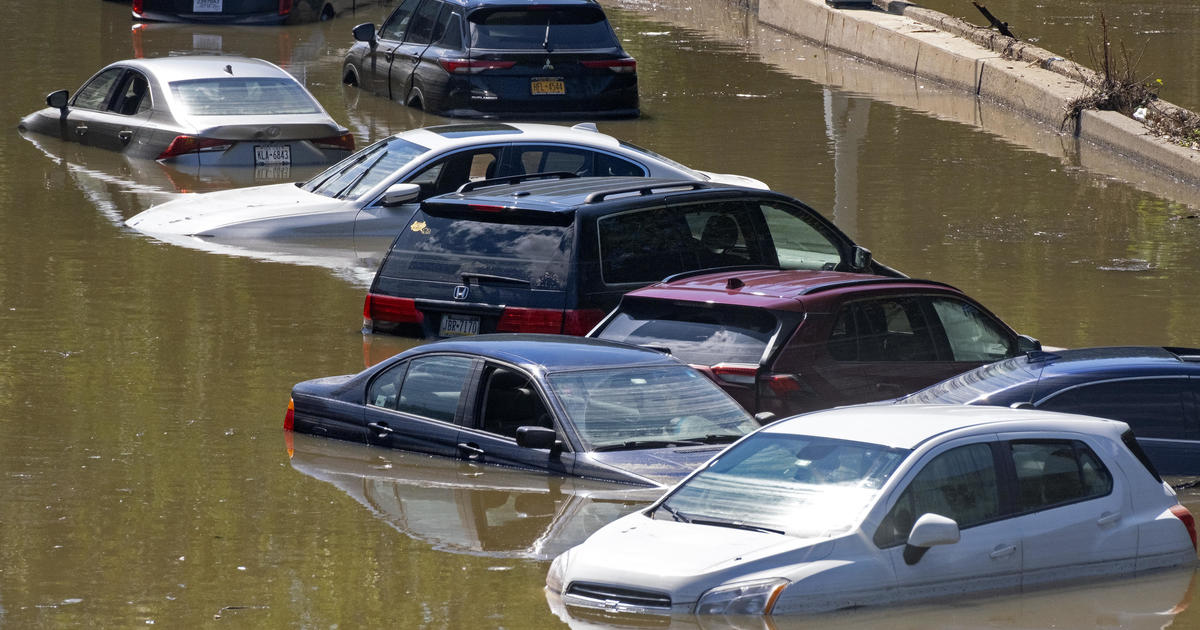 This summer has seen no shortage of extreme weather events: Hurricane Ida ripped through Louisiana and Mississippi before the storm’s remnants slammed the Northeast this week, bringing devastating floods, winds, and tornadoes that left at least 47 people dead and millions without power across the eastern U.S. In the West, the Caldor Fire — one of the largest in California history — has burned at least 200,000 acres of land along the California and Nevada border and won’t be fully contained for weeks.

“As someone who studied weather my whole life, I’ve never seen anything like this before. That’s how crazy the weather is this summer,” Berardelli told chief Washington correspondent Major Garrett on this week’s episode of “The Takeout” podcast. “It’s not just your imagination. It’s not just media or social media. It is the fact that it’s actually the case.” (conversation between Tracy, Berardelli and Garrett was recorded before this week’s weather events.)

Berardelli said there’s no doubt that Earth’s warmer atmosphere is caused by human activity, and the extreme weather in recent years is a direct result of that.

“We have more energy in the system. When you have more energy, everything is spiked and enhanced and made worse,” Berardelli said. “That is the case with floods, because the atmosphere can hold more moisture. We also think the jet stream may be kind of becoming more loopy and slowing down, causing systems to slow [and increasing the potential for more flooding]. That’s what happened in Tennessee. That’s what happened in Europe.”

Tracy, formerly a CBS News White House correspondent, said that finding a collective way to adapt to climate change is imperative for the survival of Earth and humanity.

“This is critical. This is about the future of the planet,” Tracy said. “Sometimes that can seem alarmist, but that’s exactly what we’re talking about, is what kind of world are we going to live in, what kind of world, where will our children and grandchildren live in?”

Both Berardelli and Tracy said that there are solutions to help humans adapt and potentially reverse some aspects of climate change, but entire industries will have to make long-term shifts towards sustainability before it’s too late.

“I’m just really grateful that we’re investing time and resources into going out in the country and showing people not only the problems, but also some solutions that are being developed. And there are some out there, and we’re trying to find those and bring them to people so they don’t get this feeling that all hope is lost,” Tracy said.

“There is warming baked into the cake here. But how warm it gets, how hot it gets, what impacts people is still up to us,” he added.

Berardelli said that the coming years will be pivotal in the fight to adapt to climate change.

“This is an opportunity to revive and put a lot of money back into not just the middle of America, but the whole country and create jobs for people who haven’t had great jobs in the past,” Berardelli said. “This new industry … has to blossom extraordinarily fast if we are to save ourselves from the climate.”

Highlights from this week’s episode: