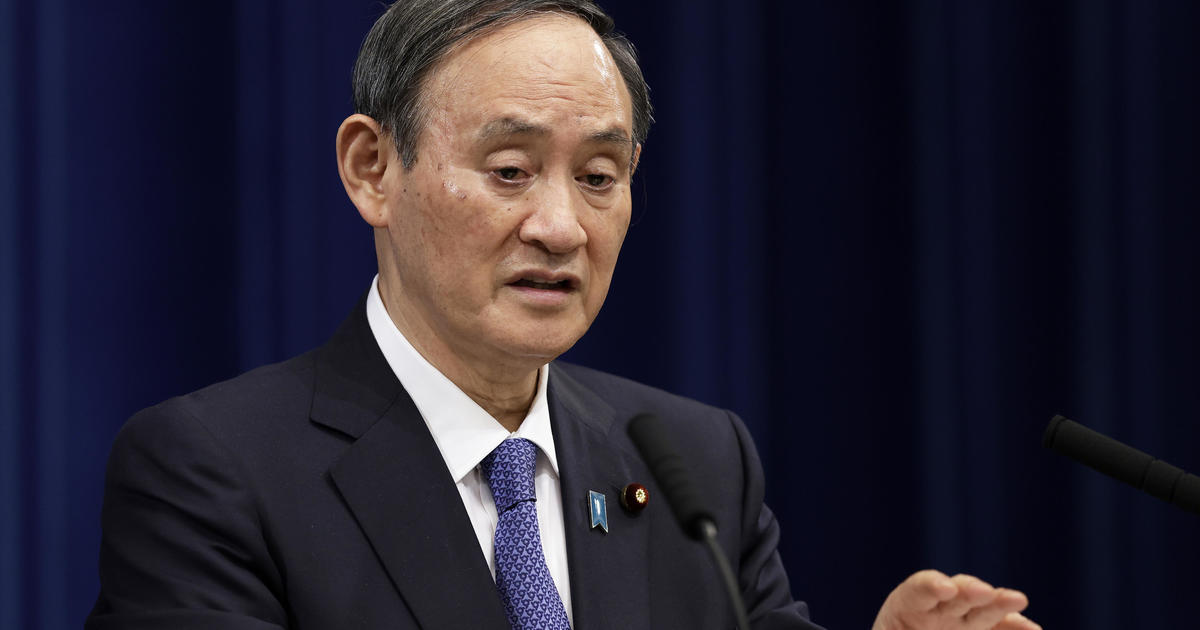 Japanese Prime Minister Yoshihide Suga said Friday he won’t run for his ruling party’s leadership, effectively ending his tenure and throwing wide open the race for the next premier.

The shocking decision after just a year in office comes with Suga’s approval ratings at an all-time low over his government’s handling of the response to the pandemic.

And it suggests a possible return to political instability for Japan, which cycled through prime ministers regularly before the lengthy tenure of Suga’s predecessor Shinzo Abe.

“In one year since I became prime minister, I have poured all of my strength into dealing with the various problems facing the country, with anti-coronavirus measures at the forefront,” Suga told reporters.

He said he realized that running for election and handling the virus response would require “enormous energy”.

“I came to the realization that I cannot do both. I had to choose one of them,” he added.

Liberal Democratic Party (LDP) secretary general Toshihiro Nikai said he was “surprised” by Suga’s decision not to stand in the September 29 leadership race.

“It’s truly regrettable. He did his best,” Nikai said.

It was a decision that had not been foreshadowed, with Suga dropping no hints of his plans to leave office after just a single year in power and before contesting his first general election.

He came to office last year, stepping into the post left empty when Abe resigned for health reasons.

Suga had been widely expected to seek re-election as LDP leader, with most speculation surrounding only how soon after that he would call a general election.

The election must be called by late October and held by the following month, with the LDP expected to remain in power but possibly lose seats as a result of Suga’s unpopularity.

His government’s approval rating has nosedived to an all-time low of 31.8 percent, according to a poll by the Kyodo news agency last month.

And recent reports about his plans for a cabinet reshuffle, as an attempt to remedy his unpopularity, appeared to be insufficient.

His decision was likely to be privately welcomed by some in the party, said Tomoaki Iwai, a professor of politics at Nihon University.

“For the LDP MPs it’s a relief that they don’t have to run in general elections under an unpopular prime minister,” he told AFP.

Suga has been battered by his government’s response to the pandemic, with Japan struggling through a record fifth wave of the virus after a slow start to its vaccine rollout.

Much of the country is currently under virus restrictions, and the measures have been in place in some areas for almost the entire year.

But they have been insufficient to stop a surge in cases driven by the more contagious Delta variant, even as vaccination has picked up pace with nearly 43 percent of the population fully inoculated.

Japan has recorded nearly 16,000 deaths during the pandemic.

Before taking the top office he served in the prominent role of chief cabinet secretary, and he had earned a fearsome reputation for wielding his power to control Japan’s sprawling and powerful bureaucracy.

The son of a strawberry farmer and a schoolteacher, Suga was raised in rural Akita in northern Japan and put himself through college after moving to Tokyo by working at a factory.

He was elected to his first office in 1987 as a municipal assembly member in Yokohama outside Tokyo, and entered parliament in 1996.

The news of Suga’s announcement cheered investors, causing the benchmark Nikkei index to gain 1.70 percent after the lunch break.

Analysts said investors expected a change in leadership to boost the chances of an economic stimulus package.

One of Suga’s challengers for head of the LDP is Fumio Kishida, who has already pledged to spend big if elected, and Iwai said the former foreign minister would now be in with a good chance.

“Kishida is probably the front runner, as he is moderate and capable,” Iwai said.

The turmoil makes it likely the election will be pushed back as late as possible, into November, he added.