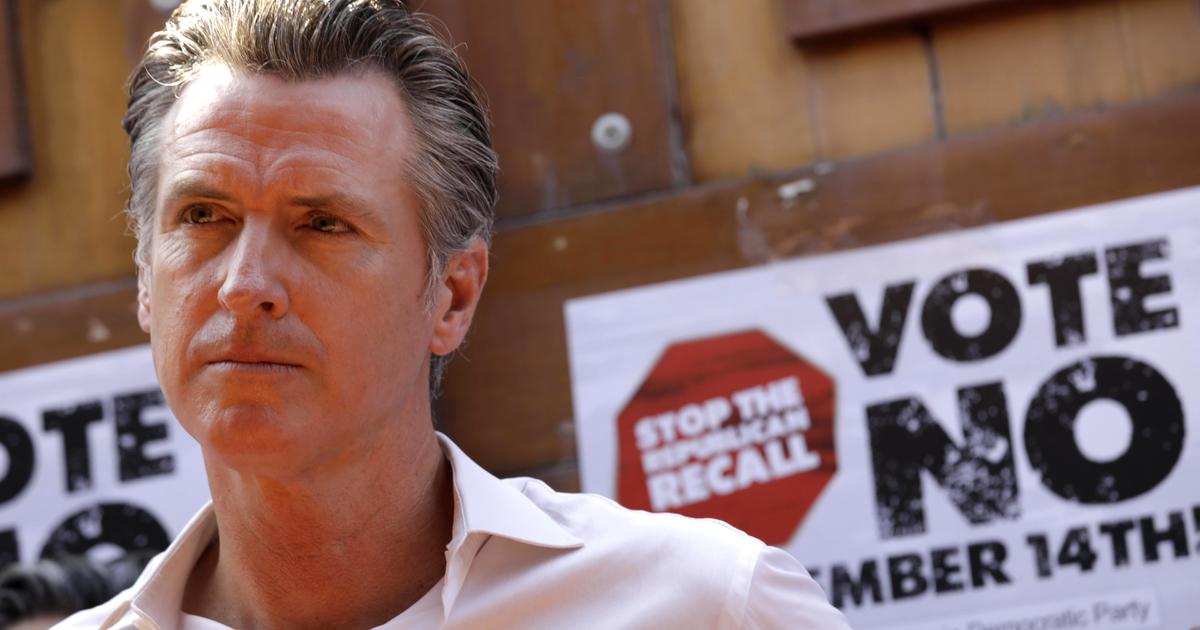 With California’s recall election less than two weeks away, Democratic Governor Gavin Newsom is keeping his focus on battling COVID-19 and defending the state’s vaccine and mask mandates — drawing a stark contrast with the Republicans looking to replace him on September 14.

Newsom touts California’s high vaccination rate: nearly 80% of eligible Californians say they’ve been vaccinated. But the Delta variant has caused a spike in cases nationwide, particularly among the unvaccinated and children as they return to in-person schooling.

Larry Elder, a conservative radio talk show host and the front-runner to replace Newsom, claims science shows it’s not necessary to vaccinate young people or force them to wear masks in school.

While COVID-19 hospitalizations for children remain rare, there were 203,962 child COVID-19 cases nationwide reported from August 19 to August 26, according to data from the American Academy of Pediatrics (AAP). This is nearly five times the number of cases among children in mid-July.

California has seen a steady spike in COVID-19 cases since early June, with those between 5 and 17 years old having the highest rates per 100,000 residents in the past two weeks, according to data from the Centers for Disease Control and Prevention.

In May, an unvaccinated elementary school teacher in Marin County, California, caused an outbreak that resulted in 26 COVID-19 cases, according to a report from the CDC. None of the cases resulted in hospitalizations.

On Wednesday, Elder clarified his stance on vaccines, saying he believes in them, is vaccinated himself and is not “anti-vax,” but also said the government shouldn’t mandate vaccinations.

California currently has vaccine verification or testing requirements for state workers, school staff and vaccine requirements for healthcare workers. The state was also the first to implement universal masking for K-12 schools.

Earlier this week, Democratic lawmakers in Sacramento dropped a proposal to mandate vaccinations for businesses and their customers, though Newsom said Tuesday he would consider “subsequent actions” for further vaccine or testing mandates.

Dr. Yvonne Maldonado, professor Global Health & Infectious Diseases at Stanford University School of Medicine, said the best ways to reduce COVID-19 transmission and the further development of variants are masking and making sure “that as many people as possible are vaccinated.”

“Vaccine and mask mandates may be an important method of increasing compliance with these highly effective measures to curb the COVID-19 pandemic,” said Maldonado, who represents the AAP on an CDC advisory panel on immunization.

An August advertisement from the “Stop the Republican Recall” group called the recall election “a matter of life or death.” Newsom tweeted in response to Elder’s CNN interview that he is “spewing anti-vaccine lies. He is willing to let young people die.”

“COVID-19 is the thing that voters care the most about,” said Nathan Click, a senior adviser for Newsom’s anti-recall efforts. “They see governors who are enabling anti-vaxxers to endanger the rest of us, outlawing vaccine mandates. And they see every one of the candidates on the other side who are running to replace Newsom say they will repeal these vaccination mandates on day one.”

A recent CBS News poll showed more than 60% of Californians support vaccination mandates for employees, healthcare workers and customers in indoor businesses and venues. About 60% also believe Newsom has done a “somewhat good” to “very good” job in handling the outbreak of COVID-19 cases.

On Wednesday, a poll from the Public Policy Institute of California showed COVID-19 as the top issue facing the state, followed by jobs and the economy, and homelessness.

Newsom’s reliance on his handling of the COVID-19 crisis in the final days leading up to the recall election seems to suggest that the arguments recall proponents used to put the recall on the ballot in the first place —animosity toward the lockdowns he has issued and his visit to a high-end restaurant while those shutdowns were in place — may be losing traction.

Recall election expert and author Joshua Spivak said Republicans are finding that their COVID-19 arguments aren’t moving the electorate, so they’re now throwing a “kitchen sink of issues” at Newsom, blasting him on other things, like the state’s homelessness problem or education system, instead.

“It’s almost like COVID does not exist for them any more, at least in the public face of this recall. The Democrats have decided to go all in on COVID. Apparently that’s working pretty well for them,” Spivak said.

Republican political strategist Dave McCulloch, who is aligned with the recall, said recall proponents should focus on Newsom’s previous shutdowns and push “the message of what he has done, not where we are today.”

He added that since more people are not directly affected by Newsom’s current vaccine mandates, since a majority of the state is already vaccinated, they may tend to forget about the lockdowns.

“If you’re just one of the large group of people that was inconvenienced for a while but never really hurt, they may just forget that they need to recall Gavin Newsom,” he said.

Read our guide on the recall in California here.