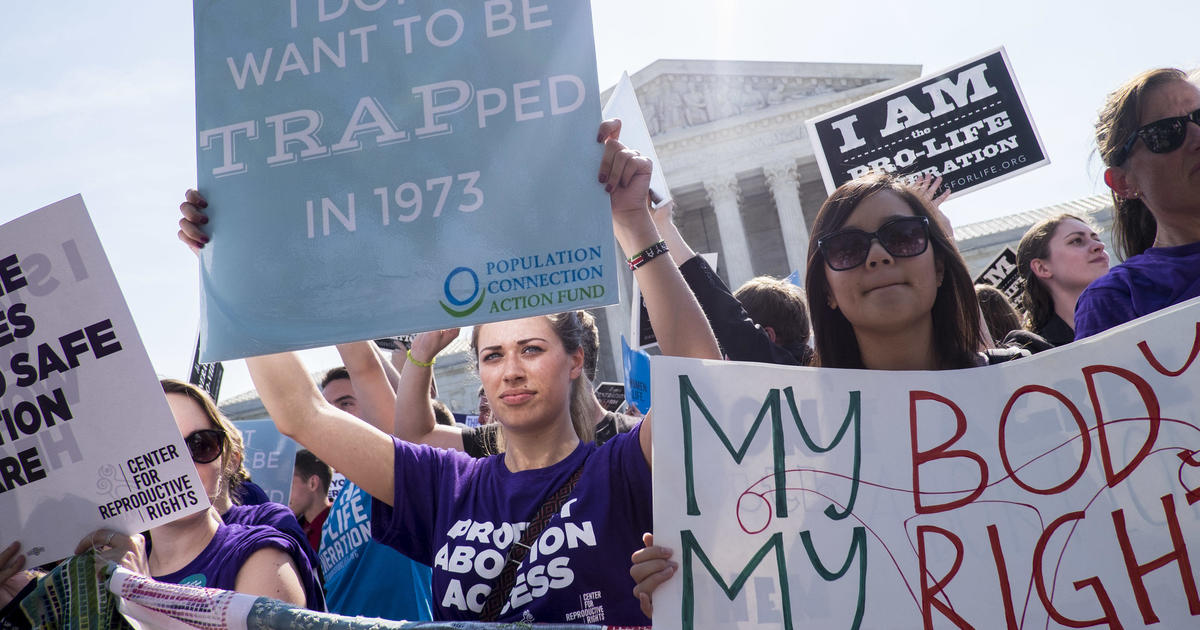 The Texas law that bans abortions after six weeks of pregnancy includes an unusual measure designed to ensure the law is enforced: Residents of the state can sue clinics, doctors, nurses and even people who drive a woman to get the procedure, for at least $10,000.

That financial incentive was singled out by Supreme Court Justice Sonia Sotomayor in her dissent late Wednesday after the Supreme Court declined to block the controversial law. In effect, Texas lawmakers have “deputized the state’s citizens as bounty hunters, offering them cash prizes for civilly prosecuting their neighbors’ medical procedures,” she wrote.

Hotlines from anti-abortion groups have already sprung up. Texas Right to Life, an anti-abortion group in the state, created a website where people can leave information anonymously about “aiding or abetting a post-heartbeat abortion.” The law authorizes citizens to sue, and seek financial damages from, the support networks who help women get an abortion — such as families, friends, counselors, pastors, health care providers and more — rather than the women who are undergoing the procedure, experts say.

“It’s designed to intimidate physicians and other clinic staff out of providing abortion care,” said Kirby Tyrrell, staff attorney at the Center for Reproductive Rights, in an email to CBS MoneyWatch. “If they continued to provide abortion care after six weeks into a pregnancy, they would face ruinous financial penalties, legal costs and court orders shutting their doors.”

The ability to sue for $10,000 in damages for each abortion performed after six weeks is a “great incentive to have the abortion industry comply with the law,” said Rebecca Parma, senior legislative associate for Texas Right to Life.

Even so, Parma said she believes the $10,000 in damages is unlikely to spur frivolous or unfounded lawsuits from Texans eager to make a buck. “Most pro-life individuals who would be interested in a lawsuit aren’t bringing it for the money,” she said. “They want to ensure that the medical industry complies with the law.”

So far, the group’s whistleblower site hasn’t produced any tips that would lead to a lawsuit, Parma added. “The point of the website is to serve as a connection between pro-life people on the ground with pro-life attorneys” who can initiate legal action under the new law, she said.

The financial threat embedded at the heart of the law also has implications for insurers and other businesses that back abortion clinics, said Josh Blackman, a law professor at South Texas College of Law Houston. That includes providers of property, medical malpractice and other types of insurance for clinics, doctors and other health care providers who perform the procedure.

“Cigna, Aetna, Blue Cross Blue Shield could now be on the hook,” Blackman said. “And Aetna has far deeper pockets than Planned Parenthood.”

The threat of legal action against insurers and other businesses that serve abortion clinics is likely to force those businesses to pull back their support, Blackman predicted. To be sure, the $10,000 amount is relatively small given that most cases don’t make it to court unless the damages are above $75,000, Blackman said.

Yet the mere threat of lawsuits — which could result in legal fees that dwarf the $10,000 awarded in statutory damages  — are likely sufficient to shut down abortion providers and could cause insurers and other services to stop doing business with abortion clinics, he said.

“To be clear, it’s the financial aspect which is what is killing it,” Blackman said.

Meanwhile, the state’s 7 million women who are of reproductive age can choose to leave the state to get abortions, but the average one-way driving distance to an abortion clinic will jump from 12 miles to 248 miles, according to the Guttmacher Institute.

As a result, the women most likely face the greatest obstacles due to the ban are those who are young and low-income, the ACLU of Texas said.

“Today is a very dark day for abortion access in the U.S.,” said Tyrrell of the Center for Reproductive Rights. “Right now, people seeking abortion across Texas are panicking — they have no idea where or when they will be able to get an abortion, if ever.”