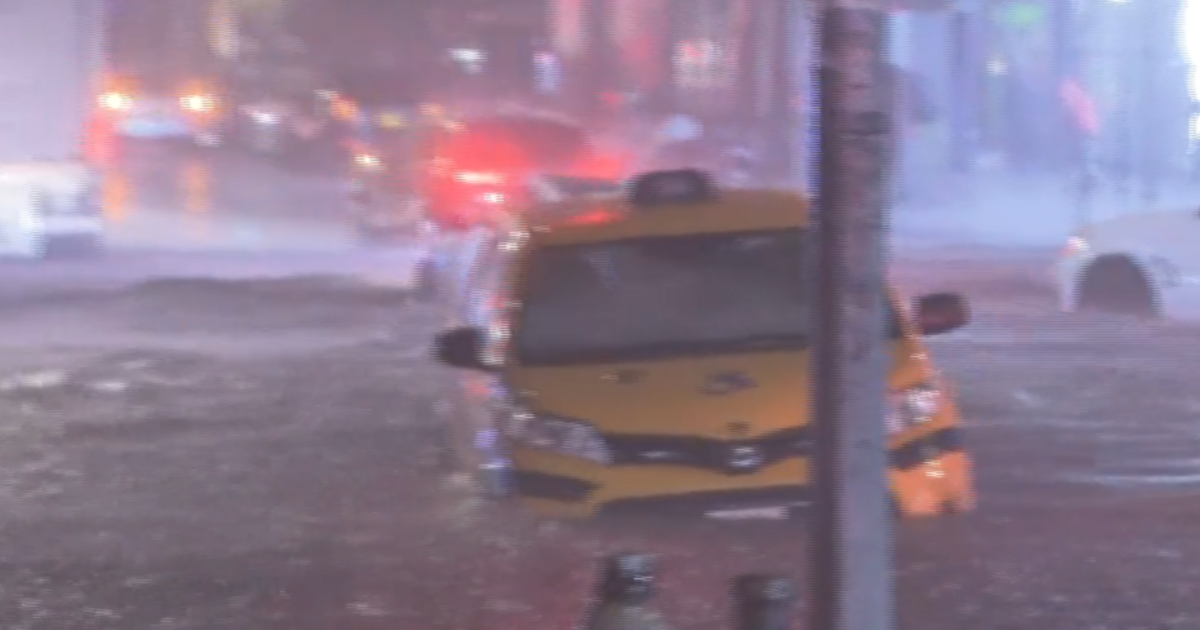 New York Governor Kathy Hochul declared her first state of emergency early Thursday about an hour after New York City Mayor Bill de Blasio declared a state of emergency due to “an historic weather event … with record breaking rain across the city, brutal flooding and dangerous conditions on our roads.” The mayor said that approximately 5,300 customers are without power. The band of severe weather also caused the FAA to issue a “ground stop” at all three New York City-area airports.

Hochul and de Blasio’s declarations come on the heels of a first-ever flash flood emergency that was issued earlier in the night as remnants of Hurricane Ida raced up the East Coast. Forecasters say the emergency for New York City, Brooklyn and Queens remains in effect until 3 a.m. ET.

The National Weather Service for New York added a flash flood emergency to an existing severe thunderstorm warning around 9:30 p.m. local time, writing in a follow-up tweet that it was just the second time it had ever issued such an alert. The first emergency declaration came an hour earlier in northern New Jersey, the NWS tweeted. New Jersey Governor Phil Murphy declared a state of emergency late Wednesday.

The NWS’ emergency alert was sent out just as a tornado warning, also a rare weather warning for New York City, expired for the same area. There have been no reports of any tornadoes touching down in Manhattan so far.

The city’s famed Central Park recorded 3.15 inches of rain between 9 and 10 p.m., according to the NWS. The heavy rainfall prompted Newark Liberty International Airport, John F. Kennedy International Airport and LaGuardia Airport to ground all flights. At Newark, the air traffic control tower was evacuated amid the tornado warnings and the ground floor of the airport experienced “severe flooding.”

“All flight activity is currently suspended & travelers are strongly advised to contact their airline for the latest flight & service resumption information,” the airport tweeted. “Passengers are being diverted from ground-level flooded areas.”

“All train service is currently suspended because of the severe weather,” transportation officials tweeted. “Please stay tuned for updates.”

The NWS issued another flash flood emergency just after 10 p.m. local time for parts of Connecticut as the front end of the system moves into New England. A tornado watch is in effect until 1 a.m. Thursday for New York’s five boroughs, plus Long Island and Westchester County.

The same storm band traveled across Virginia, Maryland, Pennsylvania and New Jersey earlier Wednesday, with reports of tornadoes in Maryland and New Jersey. Ida made landfall in Louisiana on Sunday as a monster Category 4 hurricane.