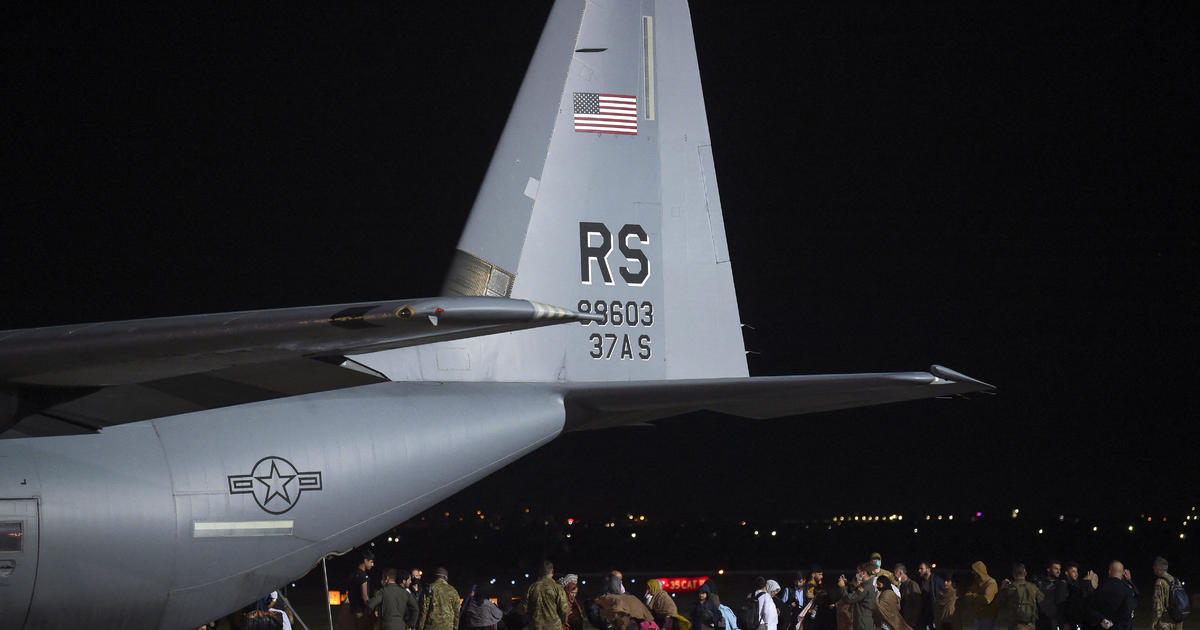 Washington — A 9-month-old girl on a plane carrying Afghan evacuees died on Wednesday after arriving at the Philadelphia airport with her father, officials said, marking the first known death of an evacuee on U.S. soil.

Chris Mitchell, a spokesman for the Department of Defense, said the girl was on a C-17 flying from Germany to Philadelphia International Airport when she became unresponsive. EMTs met the aircraft when it landed, and the girl and her father were sent to the Children’s Hospital of Philadelphia, where she was pronounced dead soon after.

A spokeswoman for the Philadelphia Police Department said officers responded to a call of a sudden infant death and were met at the hospital by agents from the U.S. Customs and Border Protection, who said the girl had “suffered a medical emergency.” The police department’s special victims unit and the Philadelphia Medical Examiner’s Office are investigating the death.

The City of Philadelphia also confirmed the death to CBS News. “We send our deepest condolences to the family and loved ones of the decedent,” the statement said.

The Department of Homeland Security (DHS), which is overseeing relocation efforts for evacuees from Afghanistan, referred CBS News to the Defense Department. The White House did not immediately respond to a request for comment.

The Philadelphia airport has processed 3,654 evacuees from Afghanistan who arrived between August 28 and September 1, according to the latest data shared by the city. It is one of two airports participating in the evacuation effort, along with Dulles International Airport in Virginia.

As of Tuesday, the U.S. had admitted nearly 24,000 of the at-risk Afghans it airlifted from Kabul this summer, according to DHS data. As of Thursday morning, more than 36,000 additional evacuees remained at military bases in the Middle East and Europe awaiting processing and security screenings.