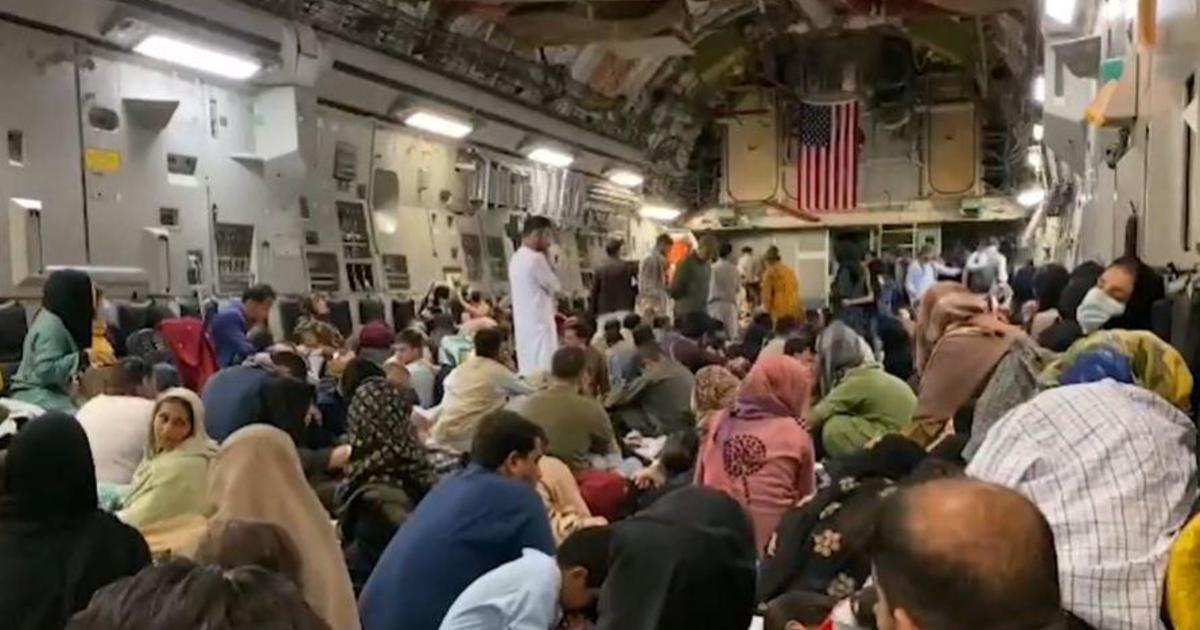 Among the over 100,000 Afghans who hastily left Afghanistan during the U.S. military’s mass evacuation of the country in August, federal authorities encountered “a very small number of individuals who’ve been flagged for concern,” at transfer point locations, such as Doha, Qatar, according to Keri Brady, the assistant director of the Custom and Border Protection’s National Targeting Center.

It remains unclear what these concerns are, how serious they are or where these individuals are being redirected. The Department of Homeland Security did not respond to CBS News’ request for clarification.

When they left Afghanistan, Afghans who were able to produce biographic and biometric information were first screened against U.S. databases before they could board U.S.-bound planes.

After a primary screening by CBP, some Afghans vetted by U.S. officials undergo a secondary, more thorough screening by the FBI.

And DHS has deployed approximately 300 personnel from CBP, ICE, TSA and the U.S. Coast Guard to so-called “lily pad” transit points in Bahrain, Germany, Kuwait, Italy, Qatar, Spain and the United Arab Emirates, to help carry out other secondary screenings of evacuated Afghans whose backgrounds raise questions, according to a DHS spokesperson.

The FBI has a presence at a select number of these “lily pad” sites to help streamline biometric and database checks to determine if derogatory information is discovered before the emigrants travel to the U.S.

Afghans fleeing their home who were able to produce biographic and biometric information were vetted through U.S. databases before they were pushed onto U.S. bound aircrafts. Upon arrival at Washington Dulles International Airport, all Afghans undergo more screening.

“It is a massive, complicated undertaking that is not without risk,” former FBI counterterrorism head John Pistole told CBS News. “So the question becomes, how do you mitigate the risk?”

Last week, the FBI set up a command post at its headquarters to detect and address national security or public safety concerns associated with the U.S. withdrawal from Afghanistan.

DHS’ Office of Intelligence and Analysis is currently monitoring “whether individuals who are abroad or ISIS elements could use the relocation process as a way to introduce operatives intending to conduct an attack within the homeland,” DHS Counterterrorism Coordinator and Acting Undersecretary of Intelligence & Analysis, John Cohen said on a call with law enforcement officials across the country Friday.

Amid the weeks-long evacuation, Afghan nationals identified by U.S. officials in Kabul as those requiring more vetting boarded planes to Doha airbase in Qatar, where U.S. officials have set up a larger footprint designed to accommodate more thorough background checks.

According to Virginia Governor Ralph Northam’s office, nearly 24,000 departing from Kabul’s airport have reached Dulles since evacuation efforts began in full force. A state official tell CBS News that while wait times for passengers clearing customs have “significantly improved,” evacuees have waited up to 12 hours on the runway, and the airport now averages 10 flights filled with evacuees, each day.

CBP has not responded to CBS News’ request for comment. ABC News was the first to report on Friday’s call with law enforcement.