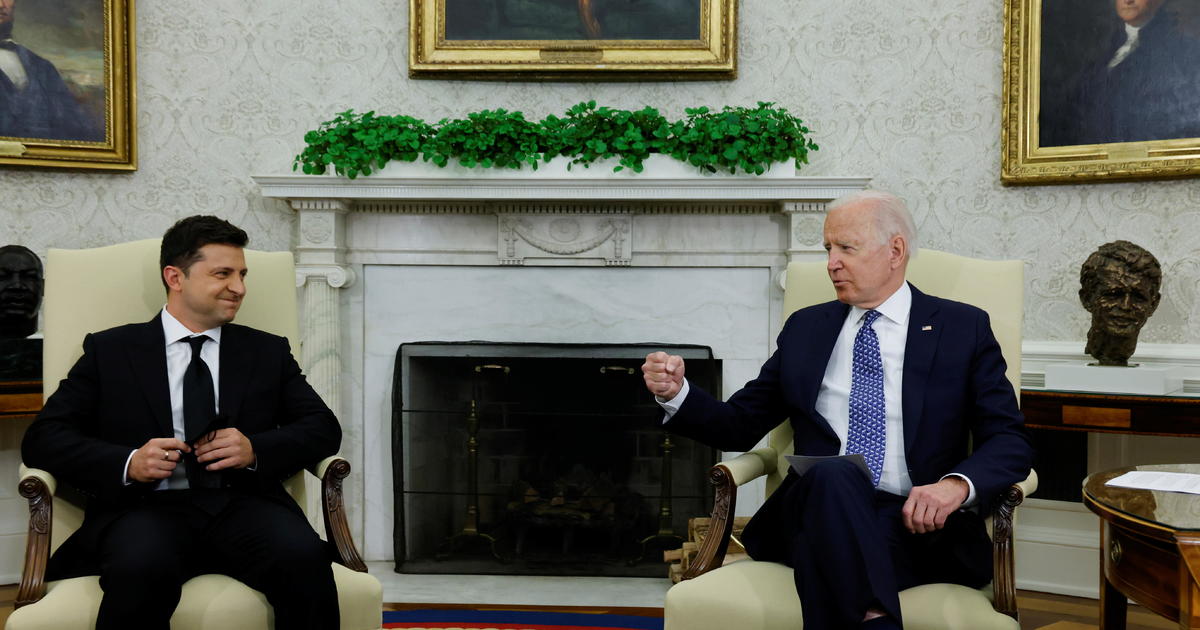 Washington — Ukrainian President Volodymyr Zelenskyy is finally getting his White House meeting, two years after his name became central to an investigation that led to former President Trump’s first impeachment.

President Biden, who took no questions from reporters at the top of his meeting with Zelenskyy Wednesday, emphasized that the United States remains committed to Ukraine’s sovereignty and territorial integrity in the face of Russian aggression. Mr. Biden said the two leaders will discuss how the U.S. can support Ukraine as it continues developing its democracy and integrating with Europe, as well as the fight against COVID-19.

“As we celebrate 30 years of Ukrainian independence, the partnership between our nations grows stronger and it’s going to even become stronger than it has been,” Mr. Biden said.

Zelenskyy, speaking through a translator, offered his condolences for the deaths of 13 American service members in Afghanistan last week. He said the two leaders will focus on security matters. A key issue for Ukraine is the Nord Stream 2 pipeline, which the U.S. and Germany are letting Russia complete and which will allow Russia to bypass Ukraine en route to Western Europe. Zelenskyy said Wednesday that is a matter of concern, and he will discuss the issue with Mr. Biden.

Two years ago, Mr. Trump pressed Zelenskyy to investigate the son of then-candidate Joe Biden, prompting the first of two Trump impeachments. In July 2019, Mr. Trump asked Zelenskyy to “look into” Mr. Biden and his son Hunter, according to a rough White House transcript of the call. Mr. Trump was impeached by the House but acquitted by the Senate.

Zelenskyy’s visit on Wednesday marks the second time a European leader has come to the Oval Office since Mr. Biden took office in January. The Congressional Ukraine Caucus met with Zelenskyy on Tuesday afternoon, as did Secretary of Defense Lloyd Austin. Austin congratulated Zelenskyy on Ukraine’s 30 years of independence, also offering his support for Ukraine’s sovereignty “in the face of Russian aggression.”

The U.S. and Ukraine are expected to announce they are restarting a commission to codify their strategic partnership, a senior administration official told reporters earlier this week. The commission, which has not met in three years, originally began in 2008.

The senior administration official said the U.S. remains “supportive” of Ukrainian democracy reforms, a stipulated requirement ahead of any future possibility of Ukraine joining NATO.