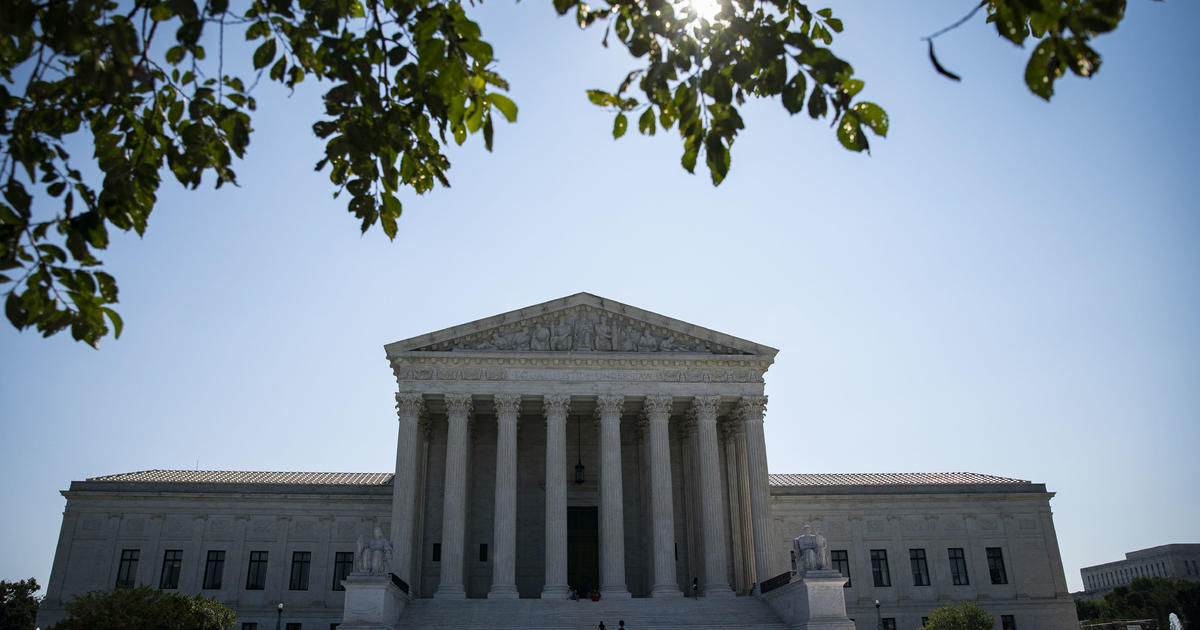 Washington — A controversial Texas law banning abortions after six weeks of pregnancy went into effect at midnight after the U.S. Supreme Court didn’t issue a ruling on it. A group of pro-abortion rights groups and providers had asked the high court on Monday to block it.

The law is one of the nation’s most restrictive, prohibiting nearly all abortions in the state, the abortion rights groups warned.

In addition to outlawing abortion as early as six weeks into a pregnancy, the measure allows private citizens to bring civil lawsuits against anyone who provides an abortion after six weeks or helps a woman access the procedure, such as a friend who drives a woman to obtain an abortion, or clinic staff. Those found in violation of the law are required to pay at least $10,000 to the person who successfully brought the suit.

The pro-abortion rights organizations had warned that, if permitted to take effect, the ban “would immediately and catastrophically reduce abortion access in Texas.” The groups included Planned Parenthood, the Center for Reproductive Rights, the ACLU and abortion providers. The groups estimated that at least 85% of women who undergo abortions in Texas are at least six weeks pregnant and warned the law would force many clinics to close.

“Patients who can scrape together resources will be forced to attempt to leave the state to obtain an abortion, and many will be delayed until later in pregnancy,” lawyers representing the abortion providers wrote to the Supreme Court. “The remaining Texans who need an abortion will be forced to remain pregnant against their will or to attempt to end their pregnancies without medical supervision.”

Governor Greg Abbott, a Republican, signed the measure into law in May, with Texas joining a dozen other states that have passed laws banning abortions at early stages in pregnancy. Known as “heartbeat bills,” they seek to ban the procedures after a fetal heartbeat can first be detected.

But pro-abortion rights advocates argue the measures, which have been blocked by federal courts from taking effect, are unconstitutional and violate Roe v. Wade, the landmark 1973 Supreme Court decision that established a woman’s right to an abortion. The court has found a woman can terminate a pregnancy before fetal viability, which generally occurs around 24 weeks.

Abortion rights groups argue the Texas law differs from the others because it incentivizes members of the public, rather than state officials, to enforce the ban, and they claim state lawmakers designed the measure that way to insulate it from federal judicial review.

“Texans, like everyone else in this country, should be able to count on safe abortion care in their own state,” Amy Hagstrom Miller, president and CEO of Whole Woman’s Health, which runs abortion clinics, said in a statement. “No one should be forced to drive hundreds of miles or be made to continue a pregnancy against their will, yet that’s what will happen unless the Supreme Court steps in.”

The groups’ request for Supreme Court action in the dispute came after a federal appeals court in Texas delayed a district court hearing set for Monday and denied their bid to speed up consideration of the case or stop the law from taking effect pending appeal.

The pro-abortion rights groups warned that without Supreme Court intervention, Texas would be allowed to ban abortions after six weeks before the justices consider a legal battle over an abortion law from Mississippi this fall.

The Supreme Court said in May it would take up a blockbuster dispute over Mississippi’s ban on abortions after 15 weeks of pregnancy, presenting the first test of the limits of abortion access to go before the court’s expanded conservative majority.

In that case, Republican-led states including Texas are calling for the court to overrule Roe and uphold Mississippi’s 15-week ban.