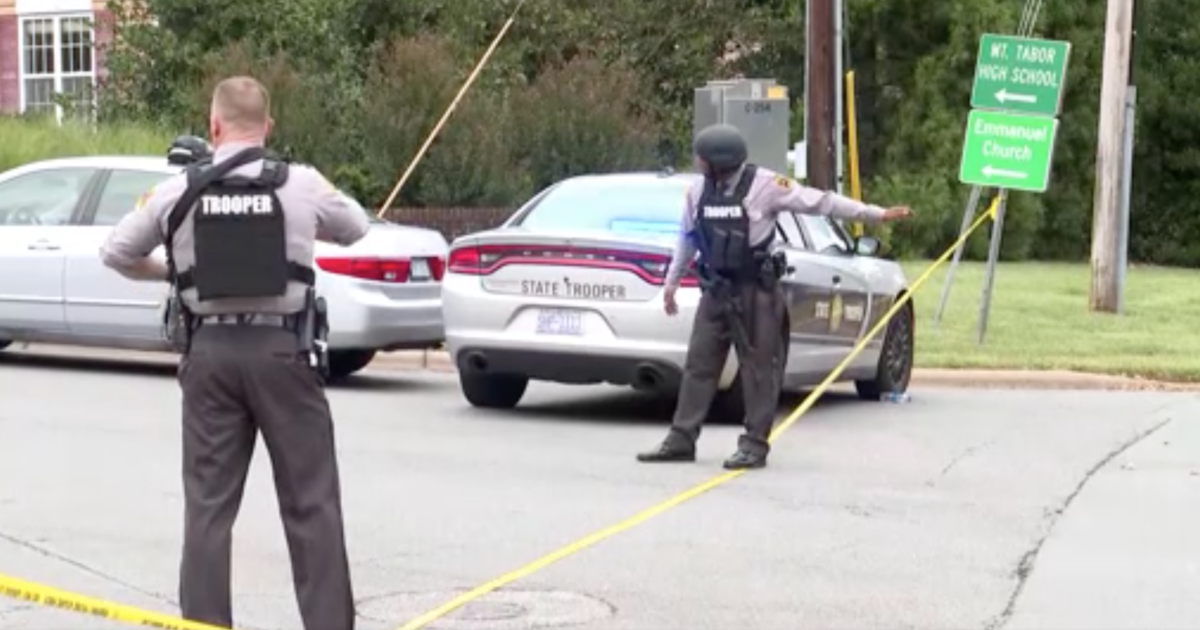 One student was injured in a shooting at Mount Tabor High School in Winston-Salem, North Carolina, police said Wednesday. The suspect is still at large, but the school is secure.

Many of the details of the shooting remain unclear. The Forsyth County Sheriff’s Office said there was a shooting “on school property” that had injured one student, but said all other students were safe. At 1 p.m., Mount Tabor and surrounding schools were placed on lockdown, as Winston-Salem police secured the area and began reunification efforts.

Police are still actively searching for the suspect. The injured student has been transported to the hospital but there is no word on their condition.

A couple at the scene told CBS affiliate WNCN-TV that their daughter was at the school at the time of the shooting, but has since been in touch and confirmed she is OK.

“Your heart stops for a few minutes until you finally get in touch with them,” the father said.

“For the second time this week, we have seen a shooting in a North Carolina school,” Cooper said. “I have been briefed by law enforcement and the Department of Public Safety is ready to provide any support necessary. We must work to ensure the safety of students and educators, quickly apprehend the shooter and keep guns off school grounds.”