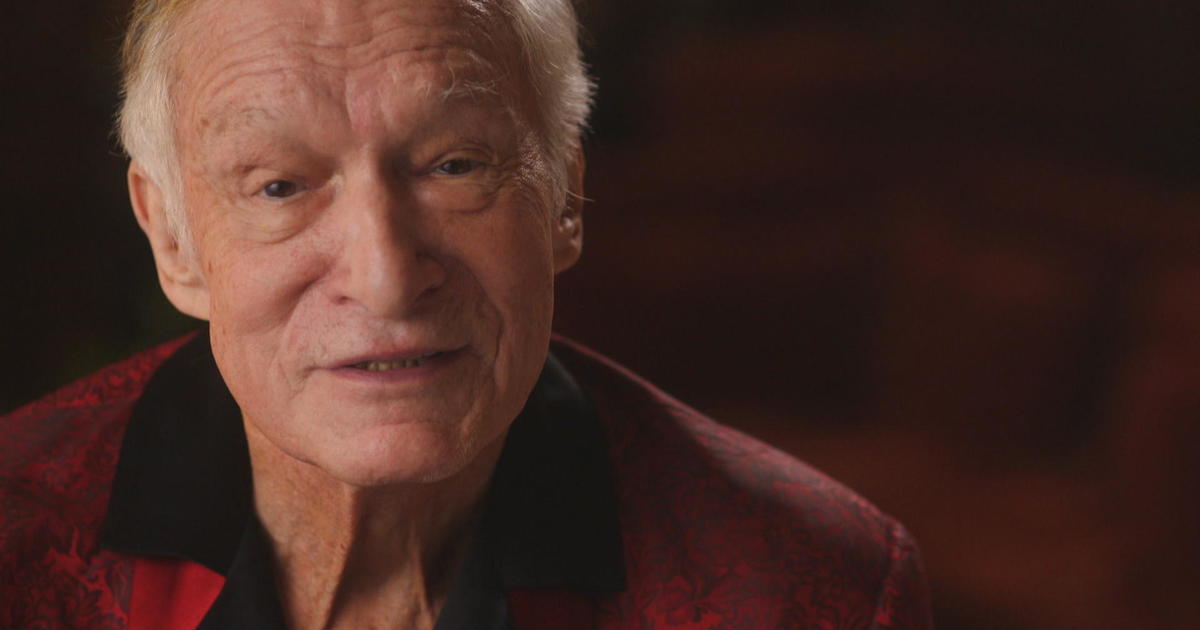 We’re taking a look back at the life of Playboy founder Hugh Hefner. The cultural pioneer died Wednesday at his home in Los Angeles. In 2014, Hefner reflected on his journey as a publisher, activist and admirer of women for our series “Note to Self.”

It feels strange calling you Hugh, but you aren’t known as Hef yet. At least not yet. It is 1942 and you are 16 years old. I remember how energetic and creative you are. You draw comic books, write short stories and make your own horror movies. You are also madly in love with a girl named Betty Conklin.

All these years later, I can still see why. Betty is beautiful and outgoing. She works at the soda fountain and plays the drums. The two of you even learned to jitterbug together. But today, she is going to invite someone else to the hayride and break your heart worse than it has ever been broken before.

You will come out of this pain a different person. Literally. Determined not to go through this again, you will reinvent yourself. You’ll wear cooler clothes and listen to Frank Sinatra. You will turn yourself into the sort of teenager you see in movies at The Monteclare Theater: the hippest, most popular kid in school. The center of the party. Hugh will be gone. From now on, you will call yourself Hef and your life will change forever.

What won’t change is your strength. Reinvention is difficult. It means finding what you don’t like about yourself and having the courage to change it. This will never frighten you.

After launching Playboy magazine in 1953, you will change yourself again. You’ll come out from behind the desk and become Mr. Playboy, the embodiment of the magazine you created.

You will even inspire those around you to reinvent themselves. The girl next door will become an international sex symbol through the pages of Playboy. Librarians, lawyers, and even your own secretary will use Playboy as a tool to re-imagine themselves. Millions of readers will aspire to live the Playboy lifestyle and you will challenge them to question what they believe about sex and sexuality, about personal freedom and civil rights.

I will warn you now that not everyone wants to change. This is a lesson you will learn a number of times over the coming years. You will clash with authorities, politicians, religious groups and even the U.S. Post Office. You will throw yourself into the fight for women’s rights and racial equality. You will battle to introduce African American performers such as Ella Fitzgerald and Dick Gregory to their first white audiences at the Playboy Clubs and on your own TV show. Yes, you’ll have a TV show. There will be courtrooms and lawsuits. Protests and debates. Asking the world to change is hard. But don’t worry. You will be up to the fight and, more importantly, you will prevail.

Over the years you will become an activist, a philosopher, a husband, a father. You will never stop evolving. You will be able to change a number of times. And that’s good.

Through it all, women will remain your muse. You will never stop seeing them as beautiful and mysterious. They are magical beings that will inspire everything you do. You will know many of them. Many. And you will have your heart broken many times. Don’t worry. You’ll be OK. Those that don’t know you will label you a womanizer but I know the truth. You are a hopeless romantic. A hopeless romantic today, looking back at the amazing journey you are about to embark on. And you are right now thinking about Betty Conklin and a hayride that you won’t go on.

It’s time for a change, kid. You know you’re up for it.