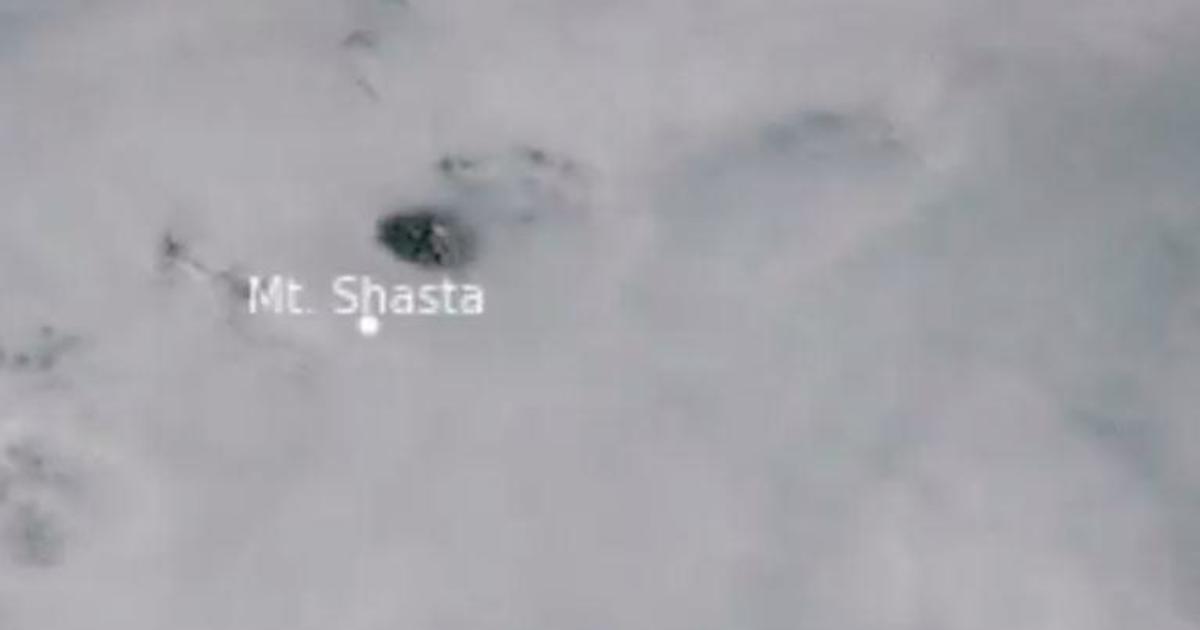 A wildfire burning for a week in Northern California continued to grow out of control, one of about a dozen big blazes in the drought-stricken state that have destroyed hundreds of homes and forced thousands of people to evacuate. The National Oceanic and Atmospheric Administration tweeted a satellite video of wildfire smoke and clouds completely shrouding part of northern California — except for the peak of Mount Shasta.

The satellite spotted the mountain “poking its head through the layer of #wildfire #smoke and clouds across northern California yesterday,” NOAA tweeted. “With an elevation of more than 14,000 ft, it’s the second-highest peak in the Cascades.”

The video was released as officials said the Caldor Fire had grown to over 106,560 acres and was only 5% contained as of Monday morning. CBS Sacramento reported the fire has destroyed at least 403 homes, 148 minor structures and six commercial properties, and is threatening more than 17,800 buildings. The cause was under investigation.

“We know this fire has done things that nobody could have predicted, but that’s how firefighting has been in the state this year,” Eldorado National Forest Supervisor Chief Jeff Marsolais said.

Multiple large wildfires have incinerated at least 700 homes, many in and around the Sierra Nevada communities of Greenville and Grizzly Flats. About 13,000 residences remained under threat in communities tucked away in scenic forests.

The fires have burned roughly 2,300 square miles (6,000 square kilometers) and have sent smoke as far as the East Coast. They were burning in grass, brush and forest that is exceptionally dry from two years of drought likely exacerbated by climate change.

Nine national forests in California have been closed because of the fire threat.

To the northwest of the Caldor Fire, the massive Dixie Fire also kept expanding. In five weeks, the blaze located about 175 miles (282 kilometers) northeast of San Francisco became the second-largest in state history and blackened an area twice the size of Los Angeles. It was 37% contained.

In Southern California, evacuation orders remain in place for rural communities near the French Fire northeast of Bakersfield in Kern County. That blaze grew to about 21 square miles (54 square kilometers) and was 10% contained.

California is one of a dozen mostly Western states where 94 large, active fires were burning as of Sunday, according to the National Interagency Fire Center.

Fires have intensified across the entire West, creating a nearly year-round season that has taxed firefighters. Fire patterns used to migrate in seasons from the Southwest to the Rockies, to the Pacific Northwest and then California, allowing fire crews to move from one place to the next, said Anthony Scardina, deputy regional forester for the U.S. Forest Service.

The CBSN documentary “Bring Your Own Brigade” captures the horror and heroism of the deadliest week of wildfires in California history and explores the causes and solutions of a global crisis that is quite literally burning our world to the ground. Stream it now in the video player below and on the CBS News app and Paramount+.