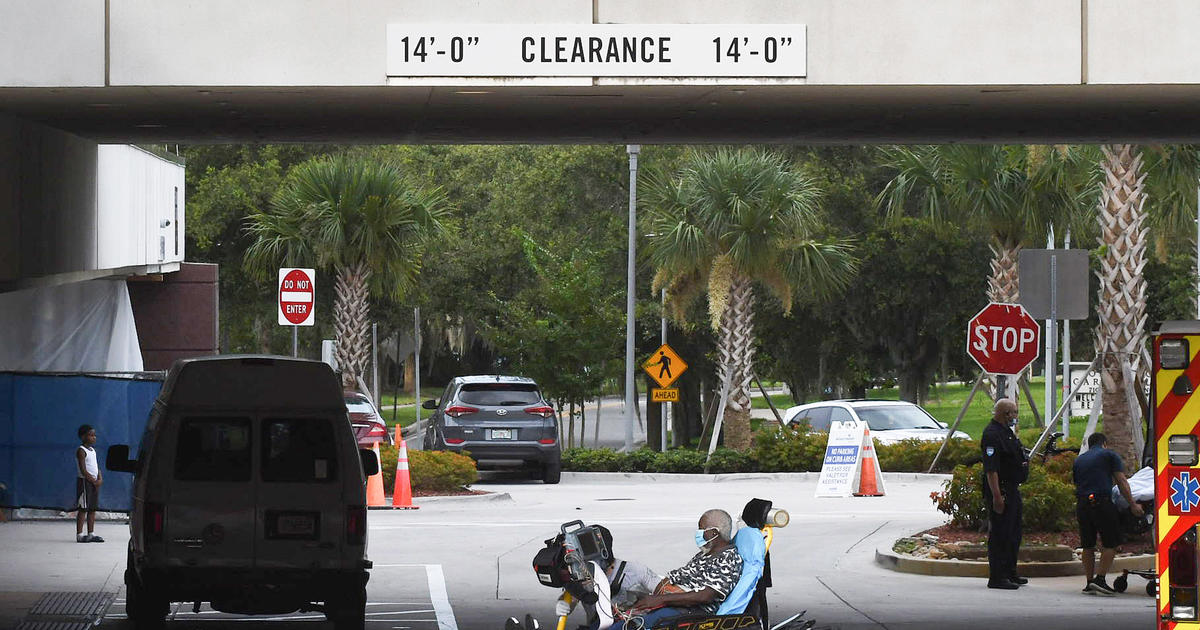 The effectiveness of the COVID-19 vaccines against hospitalization appears to drop over time among adults over 75, although it still remained above 80% at the end of July, according to an analysis released by the Centers for Disease Control and Prevention.

The new data was presented Monday to the CDC’s independent panel of vaccine experts, who met to discuss federal plans for a potential booster dose of the COVID-19 vaccine next month.

The agency’s finding is the latest to suggest protection against severe disease may be starting to wane among the most vulnerable Americans vaccinated earliest in the pandemic, as the country battles a record wave of infections fueled by the Delta variant. But the agency also conceded that drawing conclusions about the amount of time vaccines protect older or more vulnerable people from hospitalization would not be easy.

“It actually may be very difficult for us to disentangle time, since vaccination and the impact of the Delta variant, especially in some populations that we know were vaccinated earlier in the time course. So if we see waning in the last couple of months, it could be really difficult,” Dr. Sara Oliver, a key CDC vaccine official, told the panel.

The analysis appeared to show that vaccines continue to confer the same or close to the same amount of protection for people up to the age of 75, though. The effectiveness at preventing hospitalization “remains high, 94% or higher, for adults 18 to 49,” Dr. Oliver said.

An earlier CDC analysis collected from this COVID-NET surveillance data was also released over the weekend as a preprint that has yet to be peer reviewed. The study’s authors say the vaccines appeared to remain “highly effective in preventing hospitalization” from COVID-19, even as an estimated 16.1% of hospitalized patients were fully vaccinated in June.

Hospitalizations among people who were fully vaccinated were more likely to have occurred among older residents of nursing homes, and among those with underlying conditions — nearly a third with immunosuppressive conditions.

“Based on these data from January through July … COVID-19-associated hospitalization rates were 17 times higher in unvaccinated,” CDC Director Dr. Rochelle Walensky told reporters earlier this month, previewing the data’s release.

The CDC said Monday it plans to convene another meeting of the panel in mid-September to discuss more data on the additional shots, likely ahead of the Biden administration’s plans to roll out booster shots the week of September 20.

While top federal health officials previously said they were planning for the possibility that third doses of the Pfizer and Moderna vaccines would be needed eight months after Americans received their first two shots, recent data from the drugmakers and abroad have suggested booster shots might be needed sooner than six months from vaccination.

“The number eight months has been thrown around. Six months has been discussed. And that’s where the science will ultimately drive what those recommendations will be,” Dr. Jay Butler, a top CDC official in the agency’s COVID-19 response, told a Twitch livestream last week.

The Food and Drug Administration will have to green-light vaccine makers’ submissions for regulatory approval to administer booster shots before the CDC’s advisers can vote on a formal recommendation for a third shot.

Pfizer and its German partner BioNTech say they completed submitting their application for approval of a booster dose last week, citing data on people who saw a boost in antibodies with a third shot “between 4.8 and 8 months after” their initial two doses.

Nearly one million Americans have already received an additional dose of COVID-19 vaccine since August 13, when the CDC and FDA allowed for some immunocompromised Americans to return for another shot.

But health officials have been warning providers against giving shots “off-label” to other Americans ineligible to receive more doses, after the CDC said that more than a million Americans had received an unauthorized booster shot earlier this year.

A handful of the committee’s members voiced concerns over the White House’s booster dose announcement coming ahead of formal recommendations.

“Since the South is having a horrible outbreak of Delta, many, many, many hospitals have already started vaccinating healthcare workers with third doses and patients,” said Dr. Helen Keipp Talbot, a professor at Vanderbilt University on the panel.

“That is very frightening to me that healthcare providers are trying to do the best job that they can, are taking guidance from HHS and White House, and now have put themselves at risk,” said Dr. Talbot.

The CDC’s advisers also discussed Monday the safety and effectiveness of Pfizer’s COVID-19 vaccine, following its full approval by the Food and Drug Administration earlier this month.

The panel’s members voted unanimously to recommend the continued use of the shots to prevent COVID-19, finding that the vaccines’ benefits in averting COVID-19 hospitalization and death outweighed the risks of rare but serious side effects like myocarditis and pericarditis.

Only 701 reports from the rare heart inflammation cases have been received by the CDC of confirmed hospitalizations in people under 30 following their vaccination, an official told the advisers on Monday. Most have since been discharged and recovered from their symptoms.

To date, nearly 160 million Americans have been fully vaccinated with the Pfizer or Moderna COVID-19 vaccines.

“The risks that we’re talking about following vaccination is generally within seven days but the benefits last for far longer than seven days,” Dr. Grace Lee, a pediatrics professor at Stanford University and chair of the advisory committee.

“It’s important for us to continue to look ahead, particularly as schools have reopened, and we recognize that there are a significant proportion of our children in schools who have not yet had the opportunity to be vaccinated because they are not eligible for vaccination. So this is going to continue to be incredibly important for us,” Dr. Lee added.