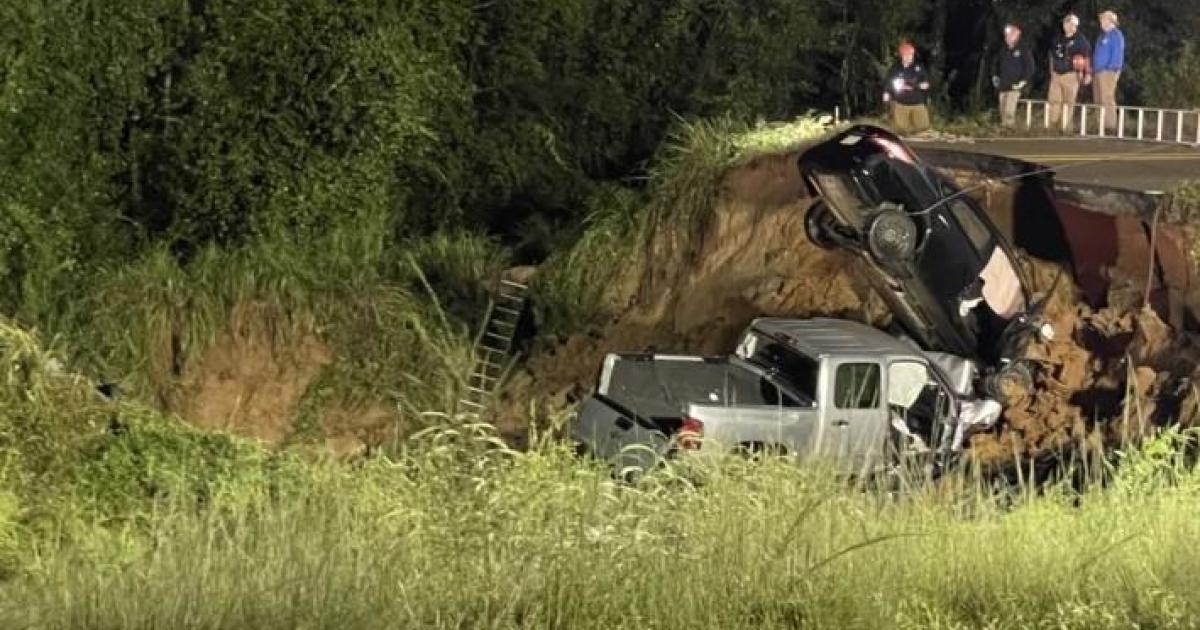 Two people are dead and 10 people were injured when a section of highway collapsed late Monday just west of Lucedale, Mississippi, authorities said. Extreme rainfall caused the highway’s collapse, presumably from the remnants of Hurricane Ida, according to the Biloxi Highway Patrol.

Seven vehicles were involved in the collapse, the highway patrol said. Three of those injured were in critical condition.

The patrol said both lanes of Highway 26 collapsed and that the collapse is at least 50 feet long and 20 feet deep, making the highway “completely impassable.” They said the highway will be closed until state engineers can determine how long repairs will take.

Jerry Lee, 42, of Lucedale, was identified as one of the victims killed, CBS affiliate WLOX reported. The second victim has not been identified, pending notification of the family, the coroner’s office said.

More than a million people are still without power in Mississippi and Louisiana after Hurricane Ida hit the Gulf Coast over the weekend. More than 5,100 members of the National Guard are assisting search and rescue efforts in areas affected by the extreme weather.