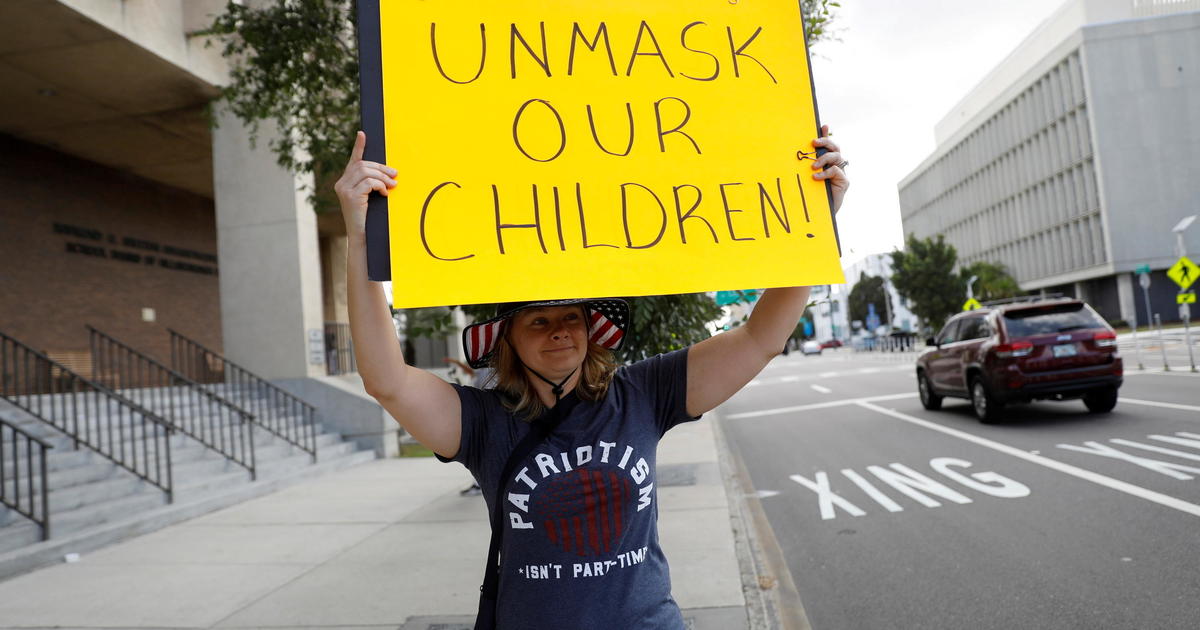 Florida is escalating the battle over masks in schools by taking aim at administrators, with the state’s Department of Education on Monday saying it is withholding pay for school board members in two districts that are requiring facial coverings.

The move comes after Florida Governor Ron DeSantis suffered a court loss over his executive order that bans mask requirements in schools. In his ruling on Friday, Leon County Circuit Judge John C. Cooper agreed with a group of parents who claimed in a lawsuit that DeSantis’ order is unconstitutional and cannot be enforced.

On Monday, however, Florida Commissioner of Education Richard Corcoran said in a statement that the agency was withholding the monthly salaries of school board members in Alachua and Broward County, home to Gainesville and Fort Lauderdale, respectively, over their mask mandates. Corcoran framed the issue as one of parental rights, even as Florida’s COVID-19 cases reach a pandemic peak of more than 20,000 cases per day.

“We’re going to fight to protect parent’s rights to make health care decisions for their children,” Corcoran said in the statement. “What’s unacceptable is the politicians who have raised their right hands and pledged, under oath, to uphold the Constitution but are not doing so.”

School board members in Broward County earn almost $47,000 per year, while those in Alachua earn just over $40,000, according to Florida’s Office of Economic and Demographic Research. It’s unclear if the school board members will see a hit to their income, as the Biden administration said earlier this month it would tap stimulus funding to make up the difference if Florida were to cut teachers’ or board members’ pay over mask rules.

On the same day that Florida announced the salary cuts, the Biden administration said it was opening a civil rights investigation into Florida and other states barring school mask mandates to determine whether those rules discriminate against students with disabilities.

One school board member in Broward County countered Corcoran’s statement by saying she is following her pledge to provide a safe school for students.

“Perhaps Commissioner Corcoran should reread the Florida Constitution because I swore an oath to ‘provide a safe, secure and high-quality system of free public schools,'” Broward County school board member Sarah Leonardi wrote on Twitter.

Broward School Board Chair Dr. Rosalind Osgood told CBS Miami the district is mandating masks because some schools are over capacity with enrollment, which makes it difficult for students to maintain social distancing between themselves.

“We cannot practice six feet of social distancing in most schools, that’s why we are telling them to wear masks as a mitigation tool,” Osgood said.