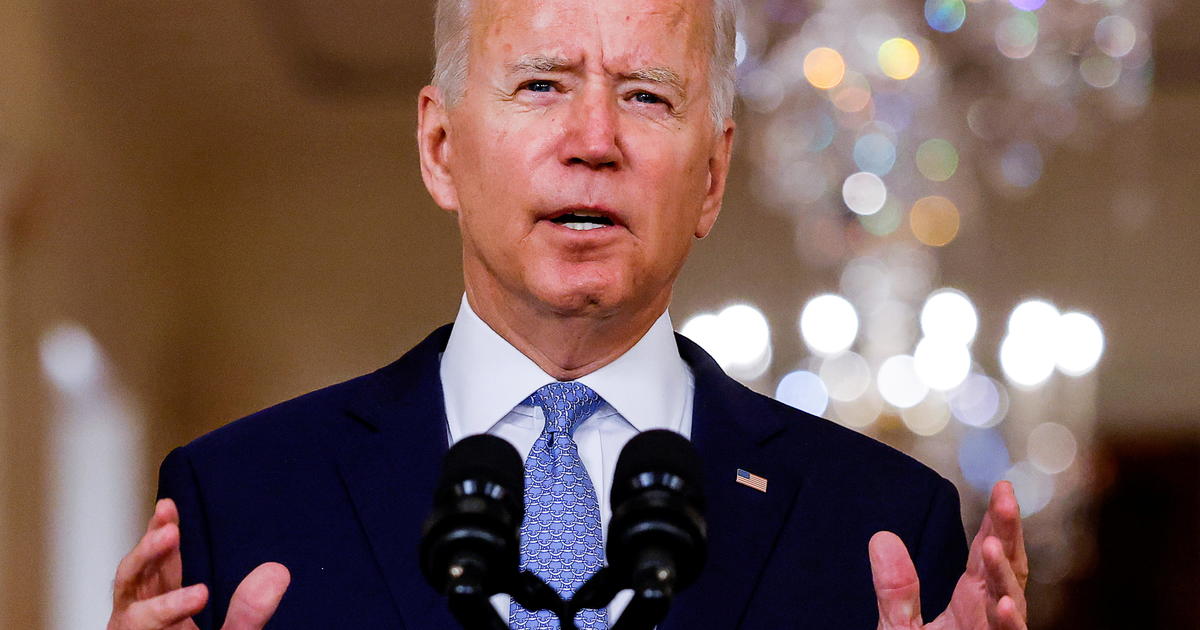 Washington — President Biden on Tuesday defiantly defended his decision to stick with his August 31 Afghanistan withdrawal deadline marking the end of a two decades-long war, which came to a close Monday with the departure of the final U.S. military aircraft from the main airport in Kabul.

“I was not going to extend this forever war, and I was not extending a forever exit,” the president told the nation in a Tuesday afternoon address.

The president began his remarks by touting the military evacuation of thousands of Americans and Afghans, an operation he called successful even as Americans and vulnerable Afghans who helped the U.S. remain in the country.

“No nation has ever done anything like it in all of history,” the president said of U.S. evacuation efforts. “Only the United States had the capacity and the will and the ability to do it, and we did it today.”

The president also lamented the deaths of 13 Americans who died in an attack at the Kabul airport, saying the U.S. will never forget them. The president emphasized that Americans in Afghanistan were contacted 19 times and told to leave, as he said 100 to 200 remain in the country. Most of them are dual citizens. The Pentagon admitted Monday that Americans who wanted to leave were not able to make it to the airport in the final hours before the U.S. departed.

“The bottom line, 90% of Americans in Afghanistan who wanted to leave were able to leave,” the president said. “And for those remaining Americans, there is no deadline.”

CBS News has learned there are approximately 300 Americans still in Afghanistan, and the State Department has contacted roughly half of them.

The president addressed multiple critiques of his administration’s handling of the exit, including criticism that Americans and vulnerable Afghans should have been evacuated much sooner than mid-August.

“I take responsibility for the decision,” the president said. “Now some say you should’ve started mass evacuations sooner and couldn’t this have been done in a more orderly manner. I respectfully disagree.”

“There still would have been a rush to the airport,” the president claimed. “… The bottom line is, there is no evacuation from the end of a war that you can run without the kinds of complexities, challenges and threats we faced. None.”

The U.S. completed its airlift of tens of thousands of evacuees hours before Mr. Biden’s August 31 deadline for the military presence in Afghanistan to end. More than 122,000 people flown out of the country since late July by U.S. military and coalition aircraft, including at least 5,526 U.S. citizens.

On Tuesday, the president said the end of the war in Afghanistan marks the “end of an era” of attempting to nation build and make other countries.

Christina Ruffini contributed to this report