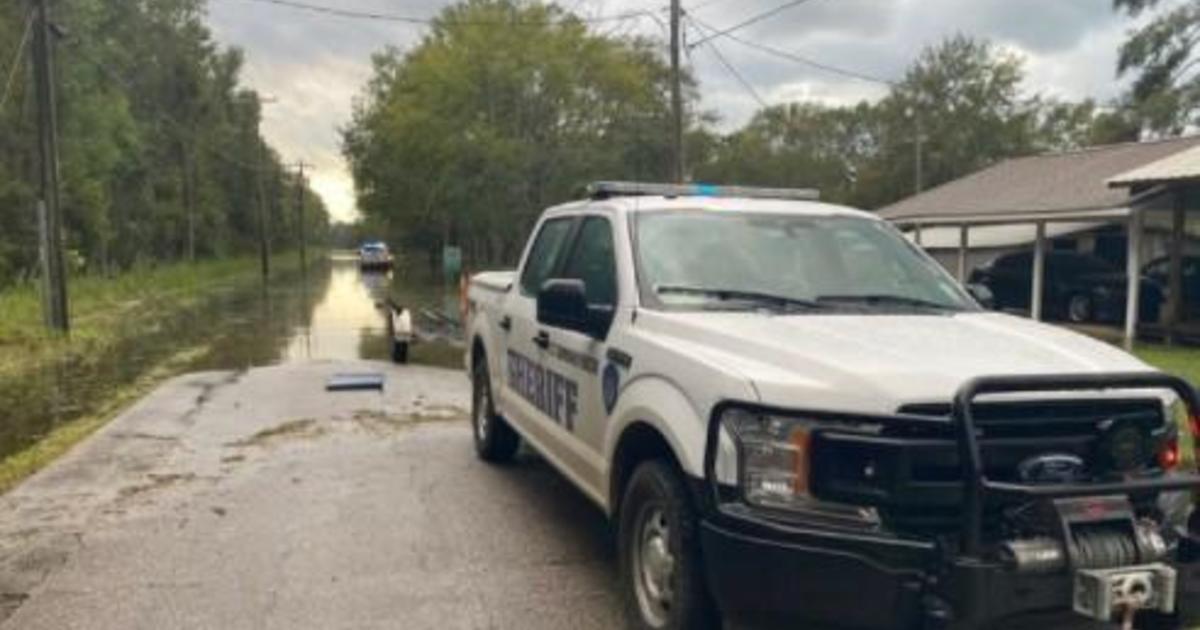 Slidell, Louisiana — An elderly Slidell man was apparently attacked by an alligator during Hurricane Ida and hasn’t been seen since, CBS New Orleans affiliate WWL-TV reports.

St. Tammany Parish Sheriff’s Office deputies said the 71-year-old was in his shed when, his wife told them, said she heard a commotion.

Their home is near Lake Pontchartrain and the shed reportedly had several feet of water inside from Ida’s storm surge. The shed is under the house, which is raised and surrounded by a marsh and wildlife refuge.

Deputies said the woman saw her husband being attacked by the gator and pulled him onto stairs before going to call for help.

But high waters and Ida knocking out cell service forced her to take a boat to seek assistance. When she returned, her husband was missing, authorities said.

CBS News correspondent David Begnaud reports the alligator tore off one of the man’s arms.

The investigation is ongoing but foul play isn’t suspected, authorities said. Efforts to find the man’s body were to continue.

Neighbors told WWL large alligators are common in the area because some residents feed them.