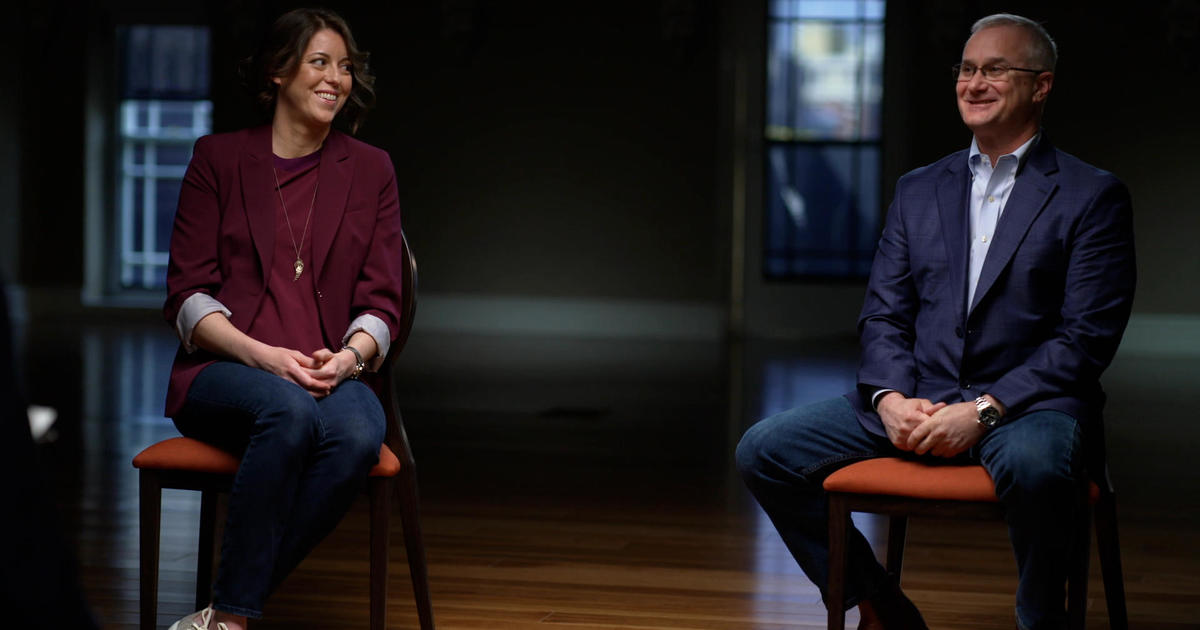 Whitaker interviewed two former Navy pilots, Cmdr. Dave Fravor and Lt. Cmdr. Alex Dietrich, who said they witnessed something “unsettling” and unexplainable while flying over the Pacific Ocean in November 2004. Fravor is a graduate of the TOPGUN naval flight program. He was a commander of the F/A-18F squadron on the USS Nimitz at the time of the encounter.

Dietrich, a former F/A-18F pilot, had never before spoken publicly about what she saw that day.

“It was unidentified. And that’s why it was so unsettling to us. Because we weren’t expecting it. We couldn’t classify it,” said Dietrich.

On November 14, 2004, Fravor and Dietrich were training with the Nimitz Carrier Strike Group about 100 miles southwest of San Diego. Unbeknownst to them, advanced radar on a ship that was a part of their training group, the USS Princeton, had been detecting what operators called “multiple anomalous aerial vehicles” over the horizon, descending eighty-thousand feet in less than a second.

During their training exercise Fravor and Dietrich, each with a weapons system officer in the back seat of their F/A-18F, say they were diverted to investigate the anomalous object. They say at first they found an area of roiling whitewater the size of a Boeing 737. And then they saw something strange above the water.

“We saw this little white Tic-Tac-looking object… and it’s just kind of moving above the whitewater area,” Fravor recounted.

As Dietrich circled above, Fravor went down for a closer look. He said the object was about the size of his F/A-18F, with no markings, no wings, and no exhaust plumes. As soon as Fravor tried to cut off the UAP, it accelerated so quickly that it seemed to disappear, he recalled. Seconds later, the USS Princeton reacquired the UAP on its radar. It was approximately 60 miles away.

Later, another flight crew’s targeting camera locked on to what it believed was the same UAP before it zipped off again, though the camera did manage to capture infrared video of something.

“I felt the vulnerability of not having anything to defend ourselves,” said Dietrich. “And then I felt confused when it disappeared.”

Fravor and Dietrich said they endured some ribbing from their fellow crew members about their sighting. While they debriefed the encounter, as far as they know, there was no official investigation, the pilots said.

Christopher Mellon served as Deputy Assistant Secretary of Defense for Intelligence for presidents Bill Clinton and George W. Bush, and also on the staff of the Senate Intelligence Committee. He told 60 Minutes that he believes the object that Fravor and Dietrich witnessed demonstrated advanced technological capabilities. Mellon says the UAP appeared to have an unlimited loiter time and exceptional acceleration.

In August of 2020, Deputy Secretary of Defense David Norquist approved the establishment of a small group called the Unidentified Aerial Phenomena Task Force, based in the Office of Naval Intelligence. Service members are now being encouraged to report these types of encounters, and the task force will collect, analyze, and catalog evidence gathered by them.

“What [the Pentagon is] acknowledging is that there are indeed aircraft that are… violating restricted airspace. This has been happening and continues to happen… and we don’t know where they’re from, and we don’t understand the technology,” Mellon told Bill Whitaker.

This past December, when Senator Marco Rubio was acting chairman of the Intelligence Committee, he asked the Director of National Intelligence, in consultation with the Secretary of Defense, to present Congress an unclassified report on UAPs.

Rubio told 60 Minutes that unidentified aerial phenomena detected by our military are “not ours,” and he’s concerned they might represent a foreign surveillance threat. “We certainly want to make sure that it’s not a foreign adversary capability, meaning…the Russians, or the Chinese…have developed some technology…. It’s a huge counterintelligence threat if that’s what it is. We want to take that seriously.”