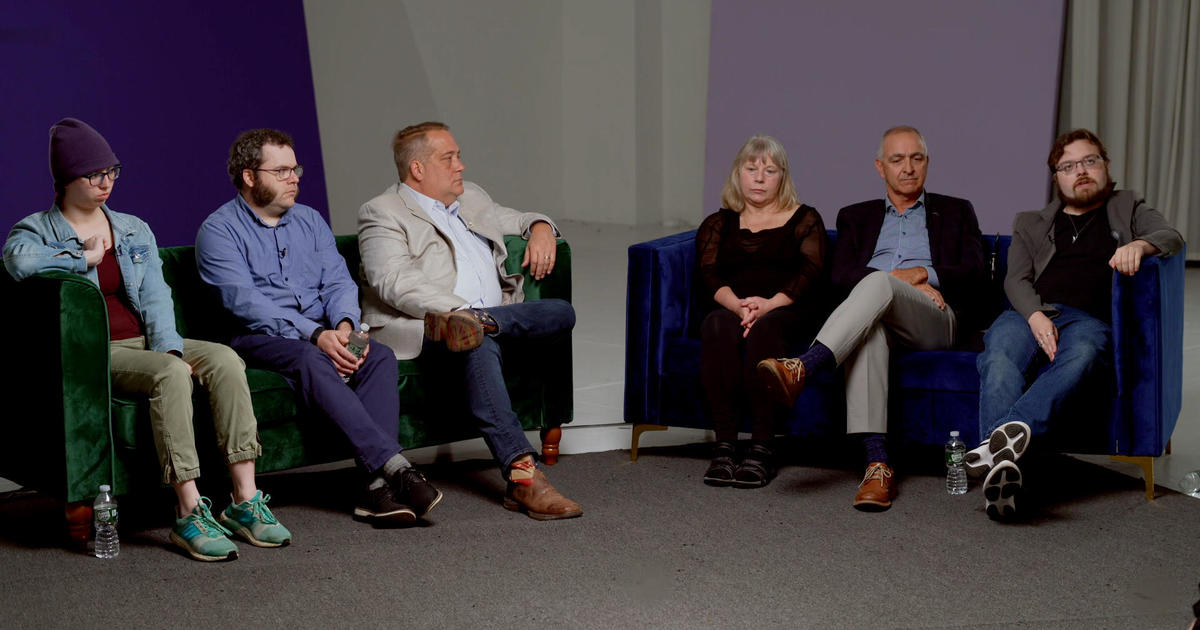 Wheeler, a former Army medic who served for two years, was stationed at Fort Hood in 2014 when a gunman opened fire. Three of Wheeler’s fellow soldiers were killed and 12 were injured before the shooter turned the gun on himself.

“It was frightening,” Wheeler, now 28, told 60 Minutes+ correspondent Laurie Segall, “It was traumatizing, in a way.”

After Wheeler was discharged in 2015, he said he didn’t open up to his parents right away, and only over time gave more details about what he said he’d experienced during the shooting. But he told Segall the parents he returned home to had become more paranoid as they started being influenced by conspiracy theories. And they began to doubt his account of what he’d endured that day.

“When I told them I was there for that shooting, and I told them what I had experienced, it was whiplash to me because I was met with a distant, icy neglect,” Wheeler told Segall. “So the QAnon conspiracies that he started following made him degrade into more of an angry, more abusive, more distant person who now doesn’t even really believe, I don’t think, anything that I’ve said about my military service.”

“How does it feel to have your parents not believe it happened?” Segall asked Wheeler.

“A betrayal. It feels like a betrayal,” Wheeler said.

Wheeler, whose last name has been withheld for the privacy of his family, connected 60 Minutes+ with his parents who firmly denied their son’s account of their belief in QAnon. Wheeler’s father said he doesn’t have enough information to verify his son’s experience at Fort Hood that day and was skeptical of what he saw as changing accounts by Wheeler. He said the two haven’t talked much in the past year.

For this week’s 60 Minutes+, Segall spoke with individuals, including Wheeler, who are bound by the loss of their loved ones to QAnon — the pro-Trump web of conspiracy theories that began as a fringe online movement in 2017 but has since exploded.

One woman said she hadn’t talked with her father for over a year after he inundated her with messages peddling conspiracy theories. Others said the COVID-19 pandemic gave way to new rifts over conspiracy theories about the virus or the vaccine.

The different stories all had a similar theme: the devastation of families caused by QAnon.

“There’s almost a lingo for what it is that you guys are experiencing,” Segall told the group. “Q-siblings– a Q-spouse, Q-parents. What does it mean to have Q-family?”

“To not have them,” Wheeler said. “They are lost to us. And we are clinging for the idea of them without the Q.”

See the report, streaming now, only on Paramount+