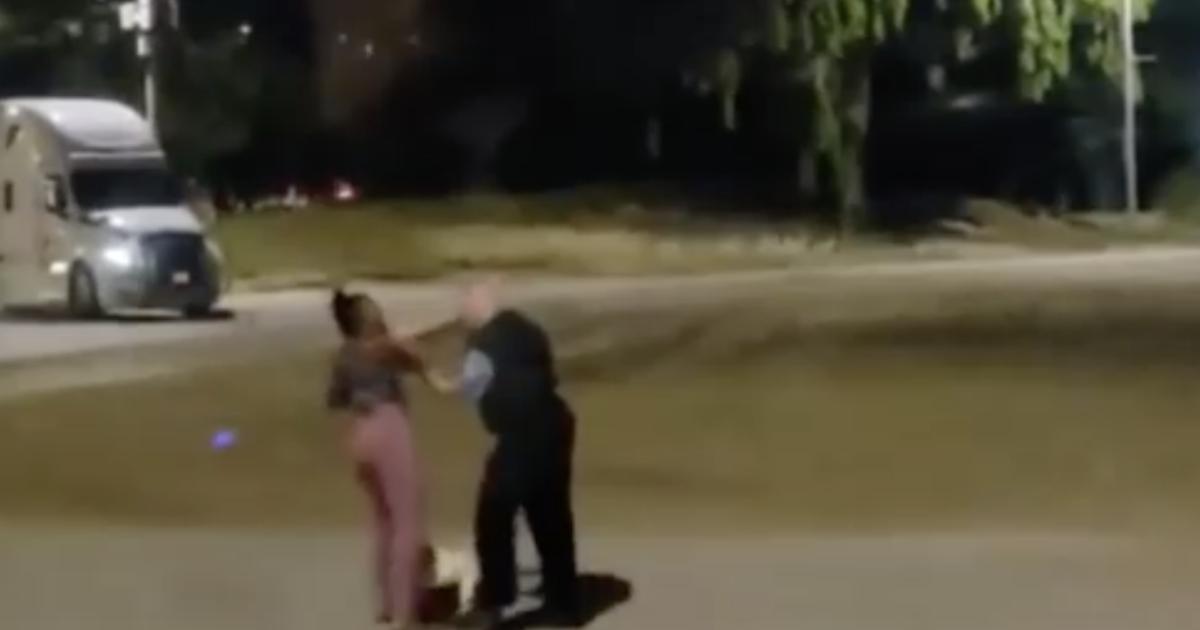 An incident between a woman walking her dog and a Chicago Police officer is being investigated, after a witness video showing the unidentified officer grabbing the woman’s arm went viral Sunday. The woman, who has been identified by her attorneys as Nikkita Brown, called 911 and said she was racially profiled, CBS Chicago reports.

The bystander video shows Brown walking her dog on the beach around midnight. Her attorneys, from Saulter Law P.C., say the officer approached her because the beach closes at 11 p.m.

Brown, who is Black, was not the only person on the beach, her attorneys say. She saw other people, who were white, walking in the distance, according to CBS Chicago.

When he approached her, Brown began filming the officer, who she said turned on his body camera.

In her own video, Brown is heard asking the officer to step back because he doesn’t have a mask on, according to CBS Chicago. “Please respect my face. It’s COVID. Six feet,” she says. The officer says he doesn’t need a mask because he is outside and he attempts to cuff Brown.

Eventually, the officer stops and they both walk away. The video went viral Sunday on Twitter and the Chicago Police Department and the independent Civilian Office of Police Accountability both said they are aware of it. The accountability office is “investigating and in communication with the woman’s attorney,” it said in a tweet.

CBS News has reached out to the accountability office for more information and is awaiting response. Chicago Police declined to comment.