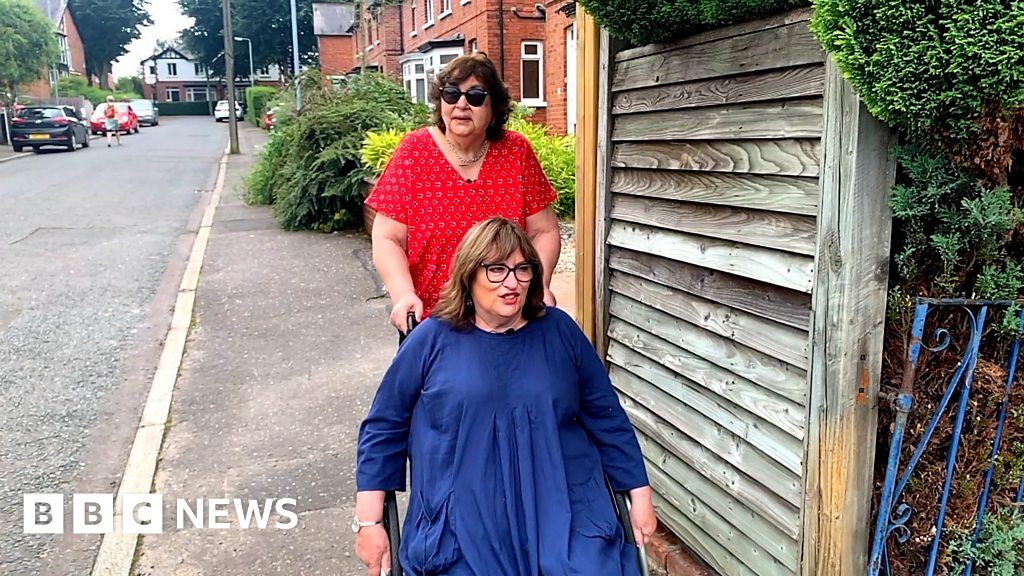 Margaret Yeaman and Jennifer McNern were both injured in separate bomb attacks during the Troubles in Northern Ireland.

Jennifer lost both her legs after an IRA bomb explosion in 1972 and Margaret was blinded in an IRA bomb in Banbridge in 1982.

In the years that followed, an unbreakable bond was born out of the tragedy of both events.

They initially met through Wave, a victims’ rights group, and still meet for regular walks together.

“It’s a friendship that will always be there.”

A Troubles victims’ pension scheme, for people like Margaret and Jennifer, is due to open on 31 August.

The UK government said it has “consistently made clear the high priority” it places on the scheme.

A spokesperson for Northern Ireland’s Executive Office said: “Victims have waited too long to get to this point and receive the acknowledgement and recognition that they deserve.”