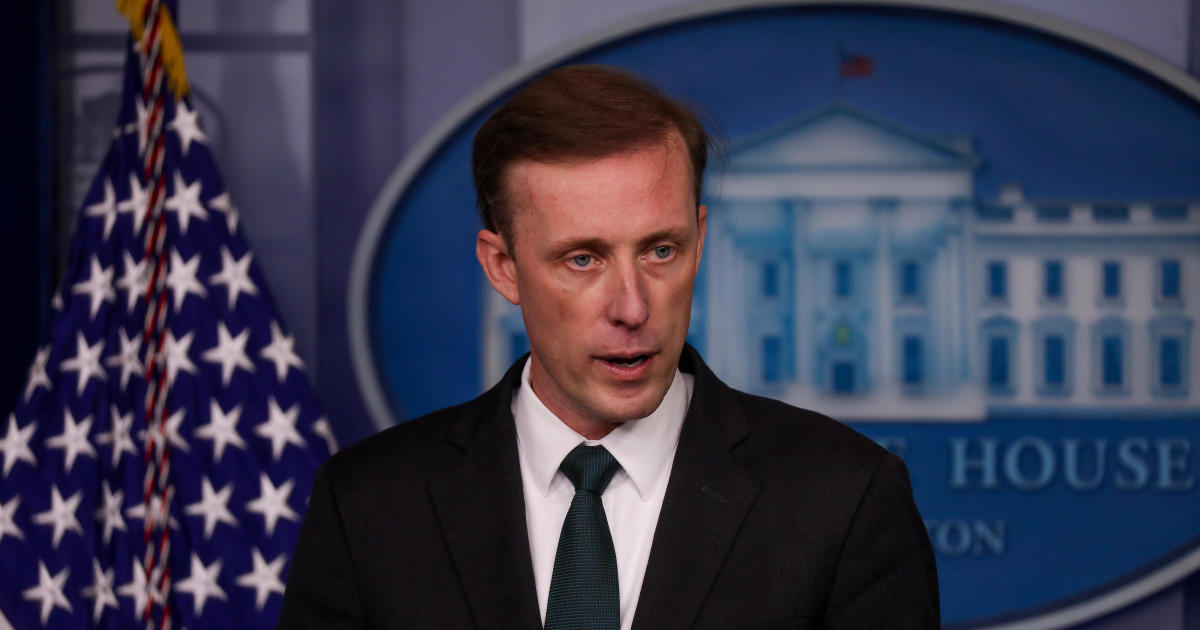 Washington — With President Biden’s deadline to pull the remaining American forces out of Afghanistan two days away, White House national security adviser Jake Sullivan said Sunday the Biden administration will ensure “safe passage” for U.S. citizens and Afghan allies who remain in the country after Tuesday and want to leave.

“Our message to those Americans is that after August 31st, we will make sure there is safe passage for any American citizen, any legal permanent resident,” Sullivan said in an interview with “Face the Nation.” “And yes, we will ensure the safe passage of those Afghans who helped us to continue coming out after the 31st of August.”

The U.S. has continued with evacuations out of Afghanistan in the wake of an attack outside a gate at the main airport in Kabul on Thursday, which killed at least 170 people, including 13 U.S. service members. On Sunday, the president and first lady Dr. Jill Biden traveled to Dover Air Force Base in Delaware to meet with the families of the fallen troops and honor their lives as their remains return to U.S. soil.

Over a 24-hour period that began early Saturday morning, the U.S. evacuated 2,900 people from Kabul, according to a White House official. Since August 14, 114,000 people have been relocated.

The State Department estimated last week that beginning in mid-August, there were 6,000 U.S. citizens in Afghanistan, and Sullivan said Sunday the Biden administration believes approximately 300 Americans are still there.

The U.S., he said, is now “working one-by-one with those individuals and their families to direct them to a rally point near the airport to come into the airport and to get on the planes and go home.”

“We have the capacity to have 300 Americans, which is roughly the number we think are remaining, come to the airport and get on planes in the time that is remaining,” Sullivan said. “We moved out more than that number just yesterday. So from our point of view, there is an opportunity right now for American citizens to come, to be admitted to the airport and to be evacuated safely and effectively.”

Sullivan noted, however, that there are some Americans who have chosen not to leave Kabul.

Ahead of the August 31 deadline, the U.S. has started its withdrawal of its remaining troops from the airport in Afghanistan’s capital, who were sent to the country to help the State Department with evacuations of thousands of U.S. citizens and Afghans who helped American forces during the two-decade war.

In addition to U.S. forces leaving, Sullivan said the Biden administration’s “current plan” is not to have a permanent embassy presence in Afghanistan as of September 1.

“But we will have means and mechanisms of having diplomats on the ground there, be able to continue to process out these applicants, be able to facilitate the passage of other people who want to leave Afghanistan,” he said, referring to Afghans who helped the U.S. during the war and are applying for Special Immigrant Visas.

“Further determinations” about a diplomatic presence will depend on whether the Taliban follows through on its commitments, including allowing for safe passage of U.S. citizens and Afghan allies who wish to leave Afghanistan and its treatment of women, Sullivan continued.

While airlifts out of Kabul have continued following Thursday’s attack, the U.S. Embassy in the capital sent an alert Friday night advising U.S. citizens to “avoid traveling to the airport and to avoid airport gates” due to security threats.

Mr. Biden also warned Saturday that another attack is “highly likely,” and the State Department said then that American citizens near the airport in Kabul should leave the area immediately “due to a specific, credible threat.”

Sullivan said there are “imminent threats” from ISIS-K, the ISIS affiliate that claimed responsibility for Thursday’s attack outside the airport in Kabul, and the Biden administration is focused on protecting American forces at the airport against those threats and getting the remaining Americans and others out of the country.

Mr. Biden vowed retribution for the airport blast, and on Friday night, the U.S. launched an airstrike in Afghanistan that killed two high-profile ISIS-K targets, the Pentagon said.

Sullivan said the president doesn’t intend to “start a new war in Afghanistan,” but is speaking with military commanders about the capabilities they need “to get the people who attacked and killed our troops at the Kabul airport and to make sure that we are degrading and debilitating the group, ISIS-K, that conducted this attack.”

“We will continue to take the kinds of over-the- horizon strikes like we did over the weekend against the ISIS-K facilitators and plotters,” he said. “And, yes, we will consider other operations to go after these guys, to get them and to take them off the battlefield.”