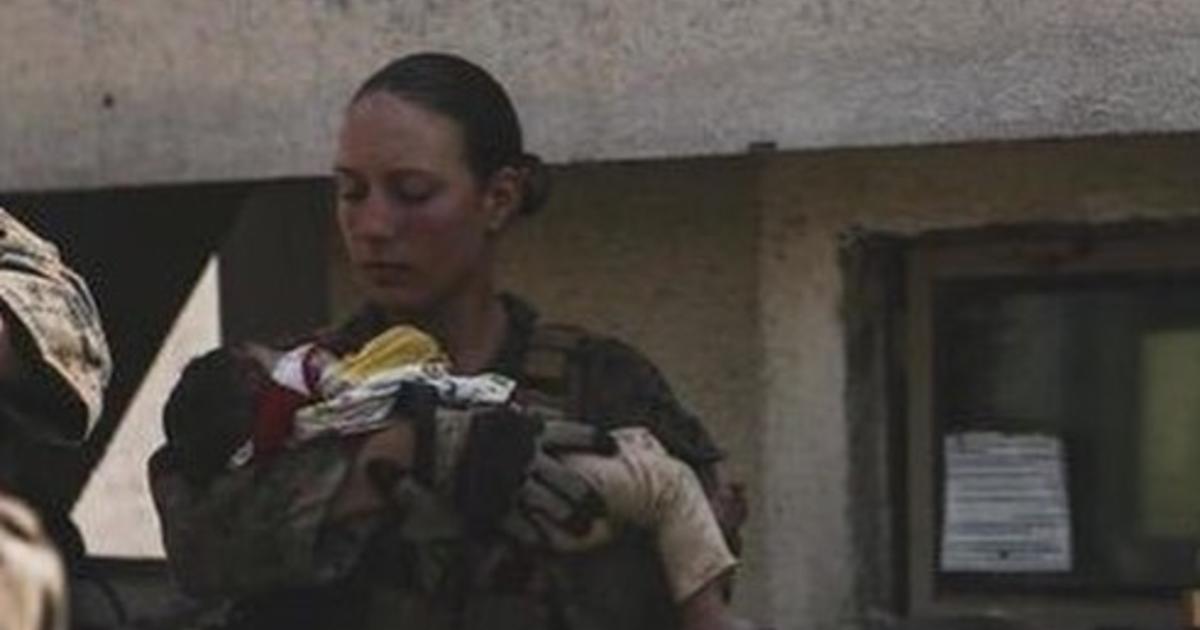 On Saturday, officials identified 13 U.S. service members who were killed in an ISIS-K attack outside of Kabul’s airport. Among them was Marine Corps Sergeant Nicole L. Gee who just days before her death was one of several Marines seen cradling and comforting Afghan children prior to their evacuation from the country.

On August 21, Gee posted a photo of herself holding an Afghan child on Instagram. “I love my job,” the 23-year-old from Sacramento native wrote.

U.S. service members were at the Kabul airport to help evacuate tens of thousands of people left vulnerable after the Taliban took over the country.

Gee was sworn into the Marines less than a year ago and was promoted to sergeant three weeks before the Kabul attack, according to posts on her Instagram account.

In a now viral Facebook post, one of Gee’s friends, Mallory Harrison, penned an emotional tribute to her friend.

“Her car is parked in our lot. It’s so mundane. Simple. But it’s there. … There was an explosion. And just like that, she’s gone. … Her car is still there and she’s gone forever,” Harrison wrote.

Harrison said she and Gee were corporals and sergeants “together” and had been roommates for more than three years.

“We’ve been attached at the hip from the beginning,” she said. “I can’t quite describe the feeling I get when I force myself to come back to reality and think about how I’m never going to see her again. How her last breath was taken doing what she loved —helping people — at HKIA in Afghanistan.”

Gee was married to a fellow Marine, Jarod Gee, her sister Misty Fuoco said. Nicole posted several Instagram photos of her and her husband celebrating the holidays and celebrating his own promotion to sergeant just a few months ago.

“They had a bond like nothing I’ve ever seen and I’m so devastated that he has lost the love of his life. She was everything to Jarod, the bright sun to his life. They are both Marines and have dedicated themselves to serving this country,” Fuoco wrote online. “She gave the ultimate sacrifice.”