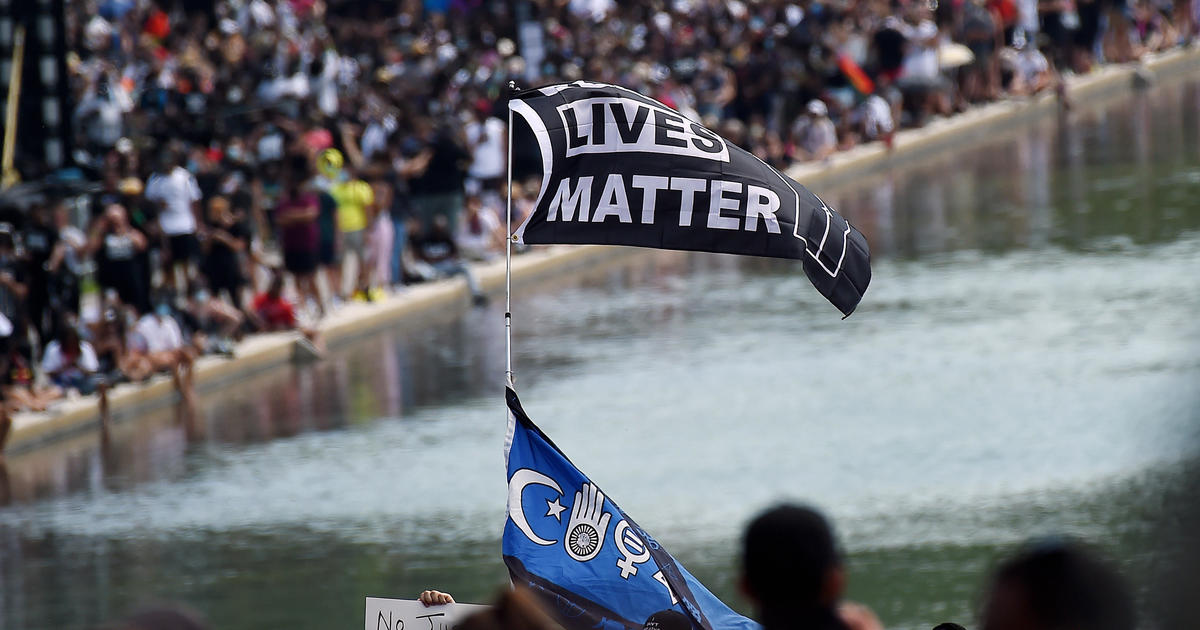 Some 58 years after the Rev. Dr. Martin Luther King Jr. gave his “I Have a Dream” speech at the first March on Washington, his son, Martin Luther King III, and other activists and advocates will participate in the March on for Voting Rights in the nation’s capital on Saturday. The subsequent rally in D.C. and other cities across the U.S. will call on the federal government to protect and expand voting rights.

People will gather for the Washington march at 8 a.m. The march itself will start at 9:45 a.m. and will proceed past Black Lives Matter Plaza, the White House and the Washington Monument, before ending in a closing rally that will run from noon to 3 p.m. Approximately 50,000 people are expected to attend, CBS Washington, D.C., affiliate WUSA reports.

At the first March on Washington in 1963, an estimated 250,000 people gathered to demand civil rights. This year, the march – organized by Rev. Al Sharpton’s National Action Network and 180 partner organizations – will in part call on the Senate to pass the John R. Lewis Voting Rights Advancement Act of 2021.

The act, which passed the House 219-212 on Wednesday, would reinstate a provision of the Voting Rights Act of 1965. The For The People Act, another voting rights measure that would overhaul the nation’s voting laws, is also pending in the Senate, albeit blocked by a Republican filibuster.

“It is wrong to restrict the rights of voters, and we must ensure that everyone has the right to vote, unencumbered. And voting rights should be expanded,” King said in an interview Friday with CBSN.

He pointed to states that have reduced absentee ballot availability, regulated ballot drop-off boxes and limited mail-in and early voting, among other measures.

“These laws are making it harder to vote,” he said.

His daughter, 13-year-old Yolanda Renee King, is one of the people scheduled to speak at the rally.

“Sometimes these are battles that we need to fight over and over again,” he said. “It is said that a people who do not remember their history are doomed to repeat the mistakes of the past. We’re moving forward and I’m excited about what I see in terms of the young people who are coming to the table who are demonstrating all over America and really, all over the world.”

The organization’s website states, “state legislatures are pushing America back to the Jim Crow era with laws that reinstate systemic discrimination at the ballot box,” and cites 389 bills introduced this year in 48 states they argue “amount to shameful, outright voter suppression.” The march will also call for statehood for D.C., where Black residents outnumber any other group.

How to watch March on for Voting Rights