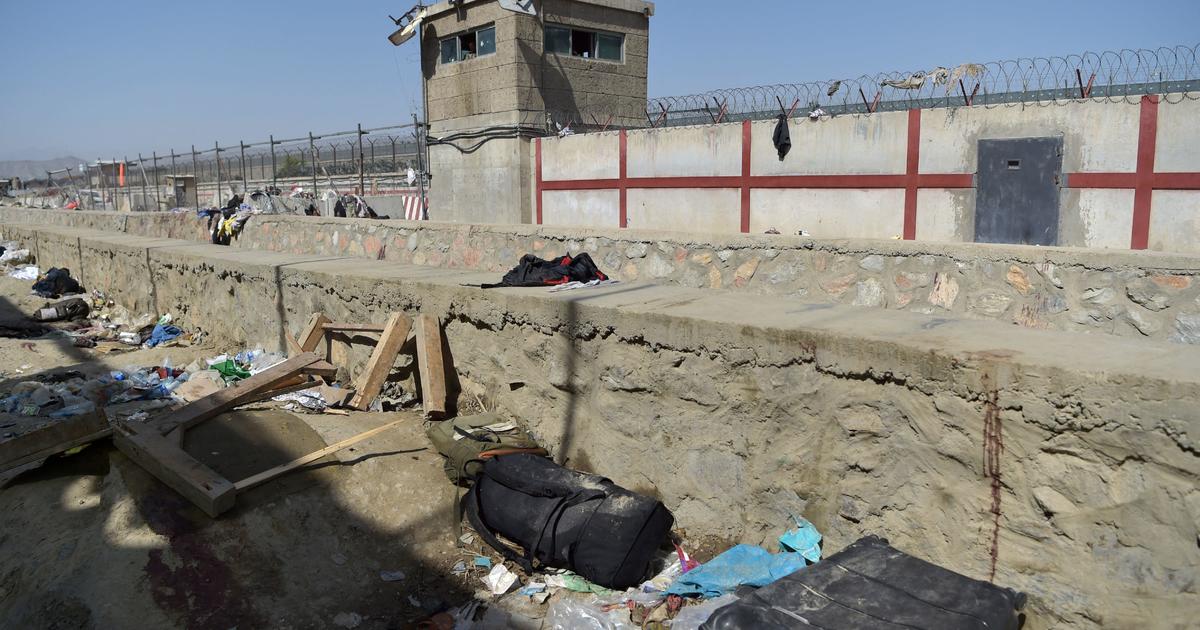 The terrorist group that claimed responsibility for Thursday’s attack in Kabul, which killed 13 U.S. service members and at least 170 Afghans, is an offshoot of ISIS, known as ISIS-K.

“What ISIS-K did was lure disaffected others,” said Seth Jones, director of the transnational threats project at the Center for Strategic International Studies.

Its members generally hold the view that members of the Taliban are impure and not extremist enough. ISIS-K is also known for its fanaticism, and is more brutal than the Taliban.

The “K” in the name signifies Khorasan province, a region encompassing parts of Afghanistan and Pakistan. ISIS-K views itself as a global operation, as al Qaeda did in 2001, and seeks to reestablish the historic boundaries of the province, which also extend beyond Afghanistan to parts of Iran and Central Asia.

Where does it operate?

Primarily, it operates in northeastern Afghanistan, in the Kunar province, according to analysts, and has recently bolstered positions in and around Kabul.

ISIS-K conducted 77 attacks in Afghanistan during the first four months of 2021, according to a UNSC June report, a big spike from the 21 during the same period in 2020.

How big is ISIS-K?

Early on, the group received support and funding from core ISIS leadership in Iraq and Syria, which enabled it to spread into Afghanistan.

The U.S. has taken action against the group in the past, with airstrikes that killed ISIS-K’s first, second, third and fourth emirs. By some estimates, American forces killed 75% of its fighters.

In 2017, the U.S. annihilated ISIS-K strongholds in Afghanistan’s Nangarhar province with a Massive Ordnance Air Blast – the largest conventional bomb in the U.S. arsenal, commonly referred to as the “Mother of All Bombs.” That explosion killed 96 ISIS-K members.

Two hundred  ISIS-K fighters surrendered to U.S. troops in August 2018, but Army General Joseph Votel, former head of U.S. Central Command, still maintained the terrorists were “not reconcilable” and must be eradicated.

A small number of ISIS fighters were able to, as the network’s motto says, “remain and withstand” in the Middle East, expanding its network of cells in the Sinai Peninsula and Sahel region of Africa.

In recent months, ISIS-K has rebounded and is considered to be active and dangerous, as Thursday’s bombing in Kabul tragically illustrated. The U.N. Security Council estimates as many as 10,000 foreign fighters from Central Asia, Southern Russia, Pakistan and western China have rushed into Afghanistan in recent months. And while a majority have teamed up with the Taliban or al Qaeda, others joined ISIS-K.

What is its ideology?

While the Taliban is focused on enforcing its version of sharia law in Afghanistan, ISIS-K has bigger aspirations – to establish an Islamic caliphate across the Middle East and Asia. The two groups are rivals, and the attack Thursday, beyond the fatalities and injuries it wrought on U.S. service members and Afghan civilians, was meant to undermine the Taliban, which has been cooperating with the U.S. withdrawal from Afghanistan, and to cast doubt on the ability of the Taliban to govern and maintain order and security in the country.

Now, the group wants credit for helping drive the Americans out of Afghanistan, says Tom Warrick, former deputy assistant Secretary for Counterterrorism at the Department of Homeland Security. “ISIS had nothing to do with the Taliban military victory over the former government of Afghanistan,” Warrick said. “But there is a propaganda war now underway among terrorists and extremists trying to claim victory over the United States.”

How lethal is it?

ISIS-K has carried out hundreds of attacks since its founding and dozens of attacks this year alone. It targeted Afghan parliamentary elections and sought to subvert democratic processes in Afghanistan.

Its attacks are brutal, targeting civilian centers including hospitals, universities and even a maternity ward.

In May, ISIS-K targeted a school for girls in Kabul, killing 85 and wounding 275 students, according to a Defense Intelligence Agency assessment.

In August 2020, an ISIS-K assault on the largest prison complex in Jalalabad left at least 29 dead after jihadists attempted to free dozens of supporters captured by Afghan forces.

Retired Lieutenant General  Michael Nagata, a former strategy director for the National Counterterrorism Centersaid their attacks are “strategically effective,” if reprehensible, because they can “cow an entire population” by terrorizing everyone.

Nagata witnessed the rise of ISIS in Iraq and Syria first-hand in 2014 while serving as the commander of U.S. Special Operations Forces in the Middle East. He noted that a Navy Seal he knows summed up the difference between al Qaeda and ISIS this way: “Fighting al Qaeda is hard because they really wanted to fight. Fighting ISIS is harder because they really want to die.”

How likely is it to achieve its goal of forming a so-called caliphate in Afghanistan, as ISIS did in Iraq and Syria for a time?

It may not have that capacity at this moment, but Thursday’s attacks are viewed as an enormous boost and inspiration to extremists worldwide. Intelligence officials believe the images will be a very effective recruitment tool for terrorist groups beyond ISIS-K.

More extremists can be expected to travel to Afghanistan, to organize, to start plotting attacks. The country’s mountainous, landlocked terrain makes it notoriously difficult to detect ISIS-K fighters without a human source network on the ground, which will be the case when the U.S. military completes its withdrawal.

Could there be another ISIS-K attack before the U.S. withdrawal is complete on August 31?

The chances are high. CENTCOM Commander General Kenneth McKenzie said Thursday the threat to U.S. forces is “very real” and that there are “extremely active threat strains” against the airfield.  Those threats range from rocket attacks, which the U.S. can counter with its anti-missile systems at the airport, but also vehicle-born suicide attacks, and more walk-in attacks carried out by people wearing suicide vests.

The U.S. is trying to balance two objectives: maximizing the number of Americans and Afghans they can evacuate and completing the military drawdown. But the crowds continue to mass at the Kabul airport in the crush to make it out before August 31, and as long as there are crowds and a U.S. military presence, there is a big target available to ISIS-K and other terror groups operating in Kabul.

Catherine Herridge contributed to this report.