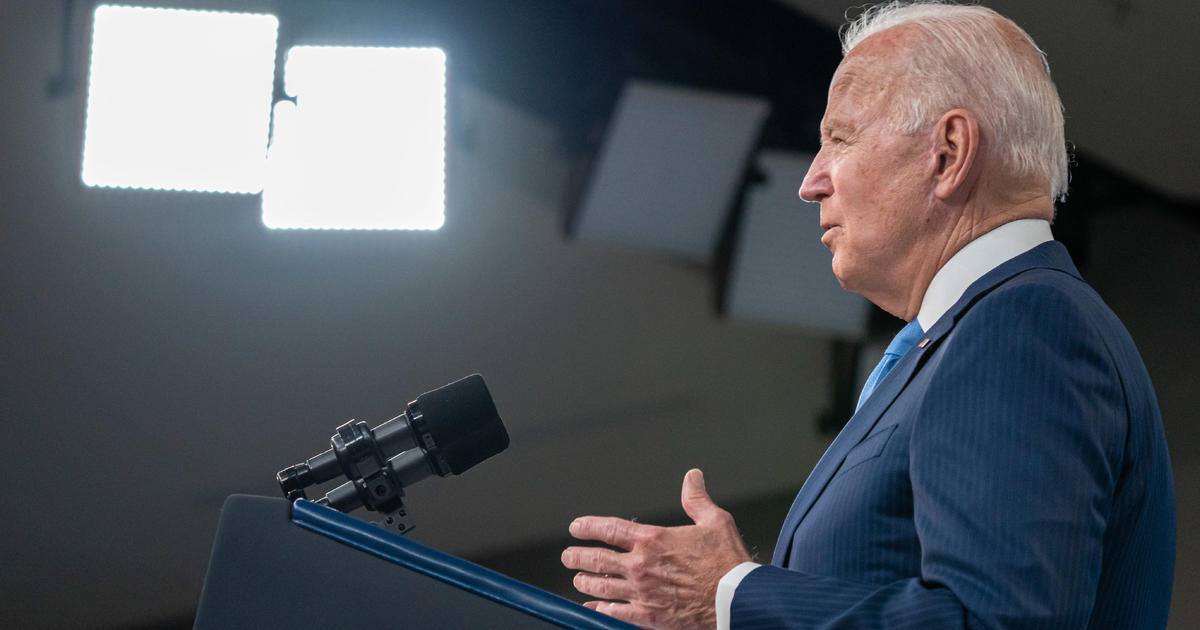 President Biden is addressing the nation Thursday after the Pentagon confirmed 12 service members were killed and 15 injured in a “complex attack” outside Hamid Karzai International Airport. The president was in the Situation Room earlier in the day and has been receiving updates throughout the day on the situation in Kabul, according to the White House.

The president has set an August 31 deadline for withdrawing the U.S. from Afghanistan, and it remains to be seen how the complex attack and security situation outside the airport will affect that timeline. Earlier this week, the president said the U.S. was “on pace” to meet that deadline. But the situation on the ground is unstable, and can change rapidly.

Marine Corps General Kenneth F. McKenzie Jr., commander of U.S. Central Command, said during a Pentagon briefing that the U.S. “will go after” those responsible for the attack at the airport.

“If we can find whose associated with this, we will go after them,” he told Pentagon reporters in a briefing Thursday. “Twenty-four seven, we are looking for them.”

One bomb exploded among crowds waiting at Abbey Gate at the airport Thursday, and another explosion struck a nearby hotel, according to the Pentagon.

The president had warned earlier this week that the ISIS affiliate in Afghanistan, ISIS Khorasan or ISIS-K, posed a serious threat to the evacuations of Americans and vulnerable Afghans.

The president’s schedule has been altered because of the situation at the airport. He was originally scheduled to hold a virtual meeting with governors whose states are relocating Afghan refugees and to meet with the Israeli prime minister.

Mr. Biden earlier this week said the U.S. was on pace to complete evacuation operations by August 31, but recognized that depends on the security situation on the ground. He has also acknowledged the danger that each day in Afghanistan poses to U.S. troops.

“On evacuation, we agreed that we will continue to close — our close cooperation to get people out as efficiently and safely as possible,” the president said Tuesday after meeting with G7 leaders virtually. “We are currently on a pace to finish by August 31. The sooner we can finish, the better.  Each day of operations brings added risk to our troops. But the completion by August 31st depends upon the Taliban continuing to cooperate and allow access to the airport for those who were transport — we’re transporting out and no disruptions to our operations.”